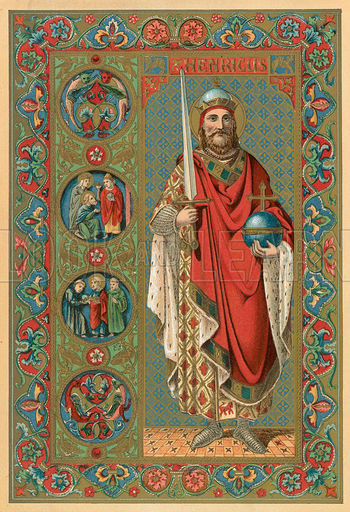 How can a saint possibly wage war? Easily. Very, very easily. And, as it turns out, usually quite successfully.

Meet St. Henry, also known as Holy Roman Emperor Henry II.  He was an extremely holy man, even going so far as to maintain his virginity by mutual agreement with his wife and Empress.  He drove the musloids out of Southern Italy in the early 11th century, thus being one in a long line of saintly men who saved Europe from the musloid scourge by means of the only effective method for dealing with that irrational satanic political cult:  PHYSICAL VIOLENCE IN MASSIVE, UNRELENTING QUANTITIES.

Remember, war is never the answer in this Vale of Tears … except when it totally, totally is.