The rotors are spinning at full speed, the manure is loaded into the trebuchet and the slack is out of the firing trigger.

Nervous? Troubled? Afraid? Don’t be. There is Someone who is thoroughly in charge. And no, it ain’t Valerie Putin or Vladimir Jarret. (Yes, you should be laughing. It’s okay.)

Deep breath. Read this and remember it tomorrow and next week. Your sanity may depend on it.

And Jesus came and touched them: and said to them, Arise, and fear not.
-Matthew 17:7

If we take the 602 sextillion atoms in one gram of hydrogen and multiply that by 908,000 grams per ton, we get:

Multiply the 546 octillion atoms per ton by the universal hydrogen burn of 6.07 nontillion tons per second, and you get:

Because every fusion reaction is fusing 2 atoms of hydrogen into one atom of helium (plus an energy yield), we divide 3.318 novemdecillion by 2 and get:

This is the same God that spends every nanosecond of your life in a state of burning, aching, consuming love for YOU. Correction. He didn’t start loving you when your life began. He has loved you FOR ALL ETERNITY. There has literally never been a “time” when He didn’t love you. This is the same God that is so desperately and – dare I say it – pathetically in love with you that He died for you. In fact, He let YOU kill Him, because that was the only way that His love could be consummated.  It had to be. And He knew it had to be that way from all eternity. And He still willed you into existence and knit you together atom by atom, cell by cell, in you mother’s womb WHILE He was driving 1.659 novemdecillion fusion reactions per second – just so you could maybe look up into the night sky and see this: 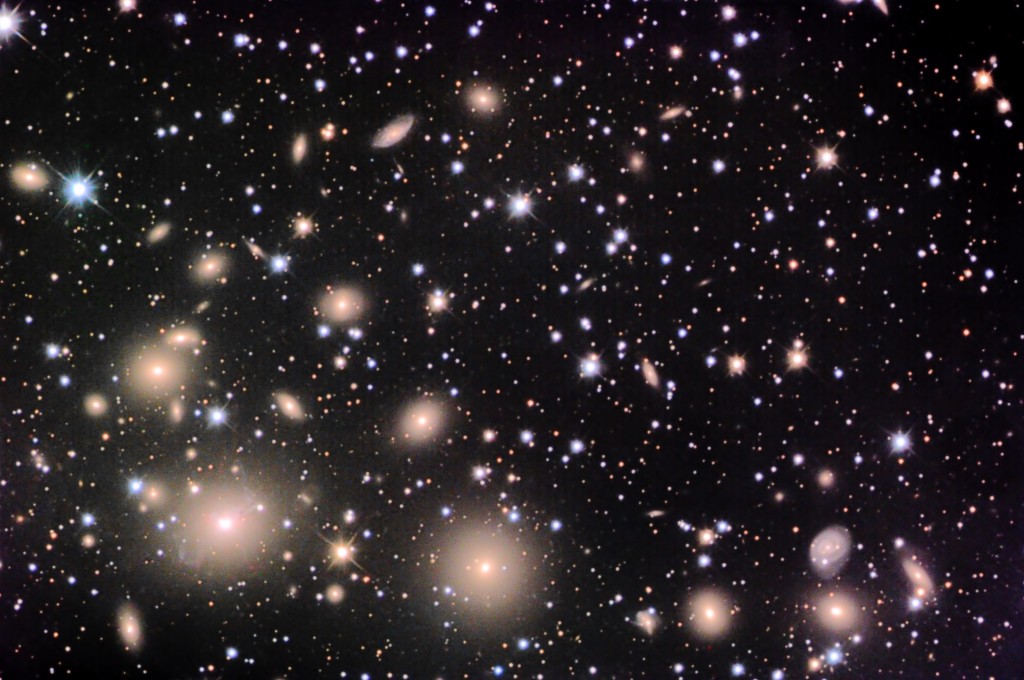 The Perseus Cluster. Every point of light in this image is NOT one star, but one GALAXY.

Please remember this the next time you see Him.

1.659 novemdecillion fusion reactions per second… dwarfed in comparison to His love for you.