From the Tract of the Second Sunday in Lent:

Blessed are they that keep judgment and do justice at all times.
Psalm 105: 3

In case there is any question the verb “to keep” means “to maintain” – the Latin in the verse is “custodiunt”, the root from which we get the word “custodian”.

Who am I to judge?  Well, who do I have to be?  When Our Lord says, “Judge not lest ye be judged,” He is NOT saying that we must not judge behavior.  Let’s take Michael Sam’s declaration that he is an enthusiastic and proud practitioner of the grave and abominable sin of sodomy as an example.  Every decent person is charged by God through both the Natural Law and the explicit Law of God to judge the sinful behavior of the sodomite, and condemn it in no uncertain terms.  Anything less is an injustice to the sodomite and to the society in general.  BUT, only Our Blessed Lord will judge Michael Sam’s soul, because only our Lord knows “the whole story” of Michael Sam.  Say, for example, that Michael Sam was raped as a child (hypothetical), and thus his psychosexual constitution has been utterly scrambled.  Is it conceivable that Our Lord in His infinite mercy might weigh that as a mitigating circumstance of some sort?  Yes.  Does this mean that Michael Sam’s acts of sodomy are not sinful and that Michael Sam need not repent?  No – no more than it means that we shouldn’t give medical attention to a person who attempts suicide and in fact RATIFY, ENCOURAGE and even ASSIST them in their insane quest to kill themselves because the person had a troubled past.  The troubled past might mitigate the circumstance and engender Christ’s Mercy, but it does not make the suicide attempt A GOOD THING TO BE COOPERATED WITH, ENCOURAGED OR FACILITATED.

Think of acts of sodomy (or really any sin) as attempts at spiritual suicide.  We are to judge the behavior (attempting suicide) and do everything we can to get the person to stop, but God alone is capable of judging the soul of the person, as only God knows and understands the entirety of the dataset – even the sinner doesn’t know everything about themselves.

What Timothy Dolan did to Michael Sam and countless others by extension was to encourage them to kick away the stool, and even to help them tie and fix the noose.

And why doesn’t Timothy Dolan, or hardly anyone in the Church or culture today understand this relatively simple and common-sense distinction?

Because stupid people are running the world.  We live in a reverse meritocracy.  As hard as it is to believe, Timothy Dolan has probably never given any of this any *serious* thought.  He never had to.  His seminary training was a joke – a combination of Marxism and pop psychology.  The Novus Ordo wing of the Church is, by malicious design, utterly insipid and devoid of any depth.  It is a damn popularity contest.  Superficiality is its main selling point.    Condescension is its currency.  Don’t think… just FEEEEEL.  Thinking is BAD.  Thinking is HARD.

I hope that explanation helps.  Remember, sin is a suicide attempt. 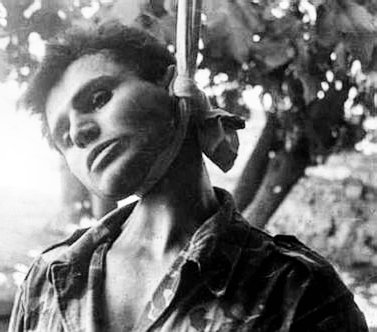 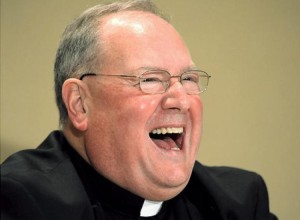