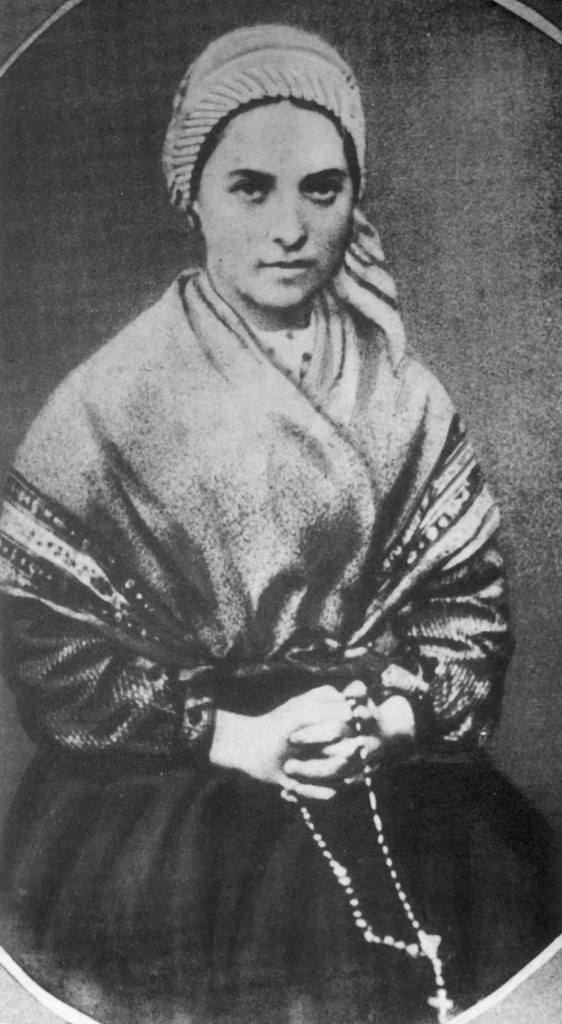 St. Bernadette, and her eyes. This, being a photograph, almost makes one feel slightly uncomfortable as you can almost feel her looking through YOU.

Do read up on St. Bernadette, the visionary of Lourdes, France and her incorrupt body.  There is a great movie from the 1940s called “Song of Bernadette” which I recommed as well.  It was said by many eyewitnesses and neighbors of this young, illiterate Basque peasant girl that when she made the sign of the Cross, people would gasp and stare and the grace and beauty of her movements.

Hmmm.  One wonders how an illiterate peasant girl could possibly know anything about Christ, the Gospel and His Church if she couldn’t read the Bible or understand any language other than her native basque potois – most especially the “dead” language of Latin.

Hmmm.  So, “new Mass” in the local language with the priest facing and “engaging” the near-universally literate people … less than 5% of the miniscule percentage of remaining Mass-going Catholics have any idea what is going on or what the Church teaches, up to and including the existence of a Personal God.  Old Mass, in Latin, with priest facing God … illiterate peasant children are so saintly that the Blessed Virgin chats with them and uses them as vectors to confirm infallible dogmas.  (The Blessed Virgin confirmed to the Church and the world that she is The Immaculate Conception through Bernadette Soubirous.)

St. Bernadette, pray for us!