1. I have been very busy for almost two solid weeks now, but am settled back in a bit and hopefully will be able to post more. Not that there is anything to talk about, or anything. (SLIGHT sarcasm there.)

2. Point taken on the FDIC post. It is probably still PER INDIVIDUAL PER INSTITUTION, not per individual across institutions – at least that section is still on the FDIC website (thanks for sending those citations in), however, my other point still overshadows that point: the FDIC only has a few billion in assets against ten trillion in customer deposits, with the big-5 banks having over a trillion in customer money each. The big point is, the FDIC is not in any realistic sense any sort of protection.

3. Like everyone, I am certainly taken aback by the Pope’s abdication. The confluence of events happening right now is definitely frightening. But, I and many others have seen this coming for years. I knew we were in for big, big trouble with the usurpation by the Obama putsch regime in 2008. So, why be shocked now that it is coming to a head? I guess all of us have a little bit of normalcy bias and denial going on in our heads.

4. The papal abdication is very grim in my eyes. The precedent being set is horrible – the Pope will almost always be an “old man”. If being an “old man” is a disqualifier, then … who can be Pope? I have heard many conspiracy theories ranging from the slightly plausible to the patently absurd (shape-shifting lizard people, anyone?). Here is the BEST CASE scenario I can come up with – and bear in mind, I have no idea, I’m just saying this is the BEST CASE scenario: The Pope has been diagnosed with something that will eventually turn into dementia or some other form of incapacitation, and having seen John Paul II’s descent into incapacitation and the vulnerability therein, B-16 is abdicating because he knows there is no one around him that will protect him in the way that he, as then-Cardinal Ratzinger, was able to effectively protect JPII from the nefarious actors around him – and we KNOW that there are nefarious actors very high up within the Vatican. This is why I keep harping and harping on the INFILTRATION by Communist-homosexualists. It is absolutely FOR REAL.

Again, what I have just laid out is not fact or knowledge on my part. It is simply the best-case scenario in my mind. Ugh.

5. For those of you who are harping on this as being “the end of the Church”, um, you might want to go ahead and walk that back, because you are calling Christ Almighty a liar. What part of “and the gates of hell will not prevail against it” are we struggling to understand? The Church may get right up to the Gates of hell, but hell will never prevail. B-16 himself said a couple of years ago that the Church would become very “compact”. I shudder at what he knows – especially after this. As I told someone not too long ago, so long as ONE valid Mass is said somewhere on earth per day, the Church will exist. The person I said that to winced and recoiled in horror. Yup. But remember, we have it coming. God knows we have it coming. Let His Justice be exacted. Whatever it takes to end this culture of child sacrifice and sodomy. This cannot go on.

6. On a personal note, the Petrine Primacy was the last hurdle I cleared in my conversion, and now it is a keystone in my faith. And do you know who explained it to me? It was my cattle marketing mentor, Bud Williams, who died just recently. Bud was not a religious man, but the Holy Spirit speaks through whomever it pleases Him to speak. Bud was extremely savvy when it came to management of PEOPLE. He was extremely perceptive and knew how to get the best out of people in the work environment. One evening, while sitting in Bud’s living room, Bud began talking about feedyard management. I was in the process of converting to Catholicism, but was still not 100% sold, as I was still struggling with the whole papacy thing. As I was sitting there listening to Bud, he said one of the more profound things I ever heard him say (and that is saying something). He said, “When you are running a feedyard – or really trying to do ANYTHING involving a group of people together, SOMEONE HAS GOT TO BE IN CHARGE.”

BAM. Like a punch in the face. I sat on that sofa with the word “PETER” pounding in my mind as Bud fleshed out his premise, and I absolutely knew that he was right.

It would have been utterly CRUEL for Our Lord to NOT establish the Petrine Primacy, and leave His Bride with no leadership, and thus total chaos. Not only did Our Lord establish that leadership, but He also sent the Paraclete to safeguard the Pope through the brilliantly subtle negative-protection dynamic of papal infallibility. And we know that it works because there have been six or so truly terrible popes in history, but not one of them ever made a false declaration on faith or morals speaking ex cathedra (that is officially, “from the chair”). The bad popes were too busy fornicating and scheming to ever bother with anything theological. So even the nasties never declared their own sins “licit” – which is utterly miraculous if you think about it, because that is the genesis of all of the heresies and schisms, like Luther wanting to have sex with Katarina von Bora, or Henry VIII wanting to dump whichever wife he was sick of and move on to the next concubine and have everyone applaud him for it.

Yep. I’m with Peter. To the end. Because Peter has the keys because Our Lord gave them to him, and Peter is the Rock because Our Lord said he was, and Peter loves Our Lord, and Our Lord loves Peter. Even if some of Peter’s successors don’t live up to their dignity. Remember, even Peter himself failed to live up to his dignity. He didn’t fully unwind his betrayal of Our Lord until he himself was crucified. 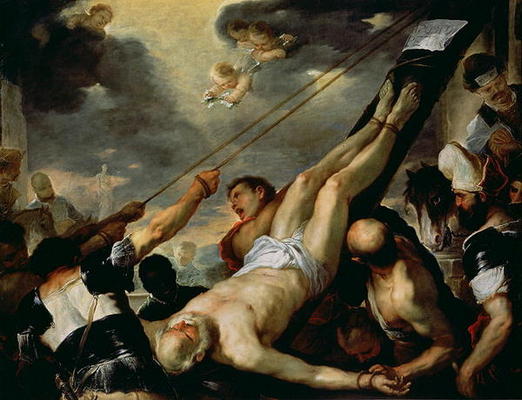