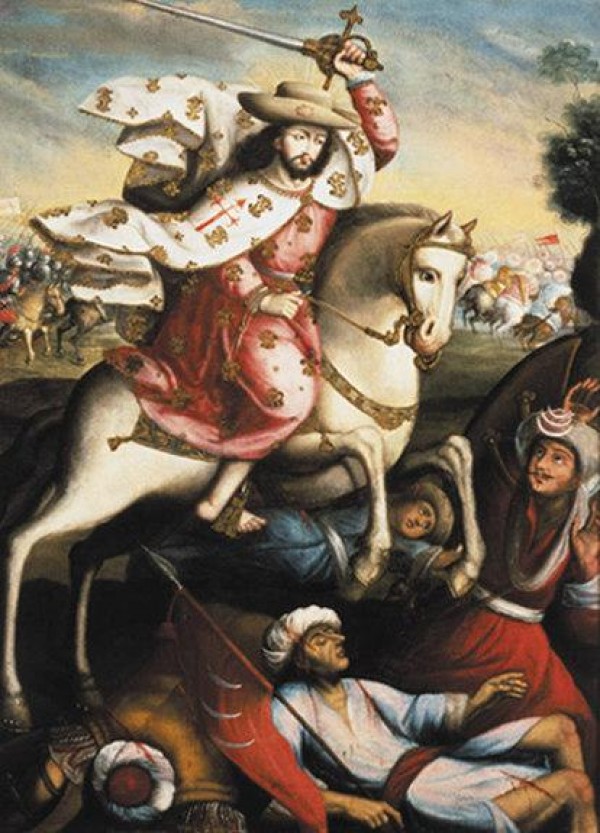 That’s St. James the Apostle, son of Zebedee, big bruddah of St. John. I know you probably didn’t recognize him because of the hat. Well, if you’re going to miraculously appear in Spain in the 9th century and lead a vastly outnumbered Christian Army against an invading musloid force, slaying musloids by the boatload, someone is bound to give you their sweet hat.

St. James made a beeline for Spain to begin evangelizing after the Ascension of Our Lord. Tradition has St. James in Spain in the year A.D. 40. 804 years later, at the battle of Clavijo against the satanic musloid hordes, St. James miraculously appeared in his old home-away-from-home and, evidently, put on a clinic on killing musloids.