I saw this little analogy in the comment thread over at Mark Docherty’s NonVeniPacem blog a while back, and thought it a brilliant little tool to help folks understand how the Papacy and Canon Law interact.

The Pope is like the dealer in a poker game who is also a player. The dealer sets the rules of the hand, yes? The dealer has the prerogative to call deuces and one-eyed jacks wild, whatever. BUT, what MUST the dealer do? He must DECLARE aloud these rules for the hand before the hand is dealt. Only by declaring aloud any and all rule modifications before the deal, and then playing by those rules himself, does the game have any INTEGRITY.

This is just common sense. If the dealer could hold “rule changes” in pectore, and only declare them ex post facto, or never at all, the result would be an satanic chaos, utterly devoid of integrity.

Satanic chaos devoid of integrity. Does this ring any bells? 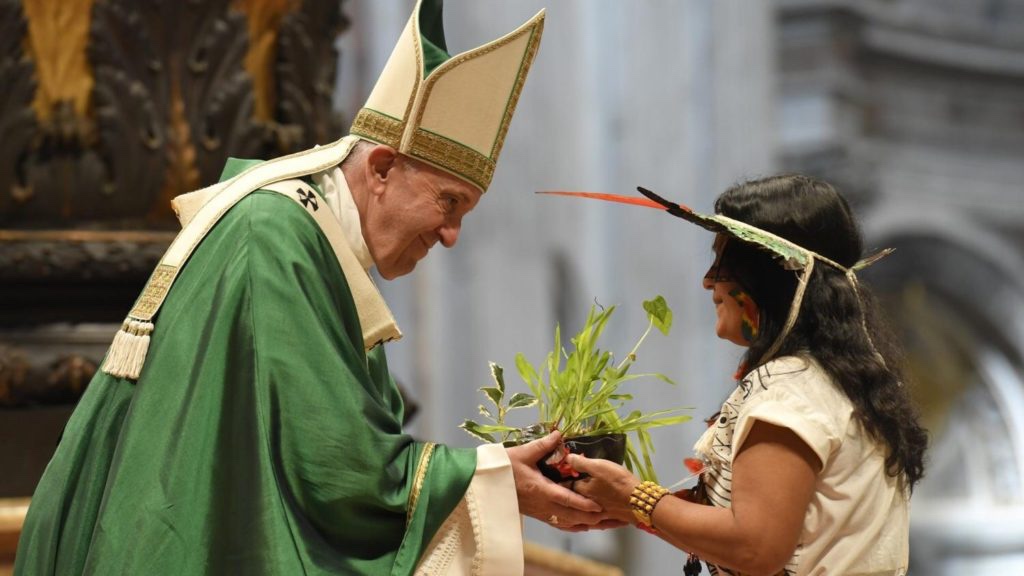 Folks, God has many attributes, all of which are preceded by the adjective “perfect”, and one of those attributes is INTEGRITY. God is, Himself, Perfect Integrity.

There is a legal term for the “calling of deuces wild” – it is called DEROGATION.

As I said in my Part 2 video on the Bergoglian Antipapacy, we are under the ARSH 1983 code, warts and all, by the perfect Divine Providence, and lo and behold! Canon 38:

Can. 38 An administrative act, even if it is a rescript given motu proprio, lacks effect insofar as it injures the acquired right of another or is contrary to a law or approved custom, unless the competent authority has expressly added a derogating clause.

Mike drop. Even the Pope, an Absolute Monarch holding an Office given by Christ Almighty Himself, has to call the rules of the hand, before the hand is dealt, if he intends to change them in any way. That’s just common sense, and a rule of integrity so natural and fundamental that even Wild West card sharks lived by this simple code of the Natural Law.

And just to make sure everyone is clear: Pope Benedict issued ZERO derogations or changes to Canon Law with regards to his attempted partial resignation and attempted creation of the ontologically impossible pseudo-office of “Pope Emeritus“. Pope Benedict never issued nor signed a letter of resignation. All he did was MENTION, almost as an aside, during a consistory speech that he was partially resigning in seventeen days. That’s it.

Pray for Pope Benedict, the one and only living Pope since April ARSH 2005 whether he likes it or not, for the Papacy, and for the Holy Catholic Church, outside of which there is no salvation.

And now, because I simply must:

Desperado, why don’t you come to your senses?

You been out ridin’ fences for so long now

Oh, you’re a hard one

But I know that you got your reasons

These things that are pleasin’ you

Can hurt you somehow