This is quite possibly the most egregious public example of “I’m going to lie to your face and then get off on watching you let me get away with it” demonic gaslighting I have yet seen.

“Horse dewormer” propaganda against a drug that had been dispensed to humans over 3.5 billion times since the late 1980s with statistically zero side effects and was the “I” in the P.I.A. Triumvirate of the three most important HUMAN drugs in HISTORY (Penicillin, Ivermectin, Aspirin), was ubiquitous. The NewWorldOrder/WEF FTX money laundering cabal paid for a fake study indicating – falsely – that Ivermectin was ineffective.

Now, the FDA has the demonic, shameless gall to claim that all of their war of attrition against Ivermectin was “just a recommendation.”

As in, if you or your loved one didn’t get it or take it, that was YOUR fault. 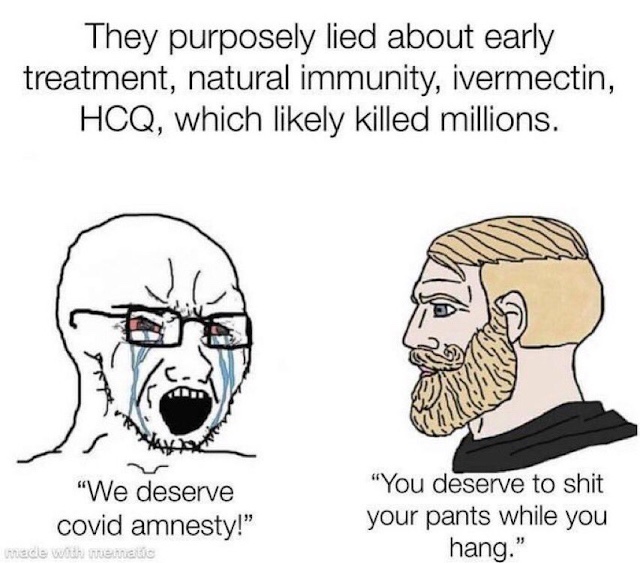 Even I am taken aback at the brazen evil, the cocksure confidence that there will be no consequences, ever.