Money is a representative proxy for man’s ability to reason, labor, produce and create.

Money therefore is a fungible representation of human life.

Personal property is also a proxy for human capacity. Humans exchange their labor and productivity either for direct payment with other commodities, or, most commonly, for money, which they then turn into either consumable commodities OR personal property.

This is why the coveting and/or stealing of another person’s personal property and/or money is specifically prohibited in Seventh and Tenth Commandments. If you steal a man’s property or money, you are stealing the part of his life, labor and capacity that the property or money represents. If you covet another man’s property, you are begrudging him the right to be compensated for his labor and/or creativity, and thus his sovereignty and human dignity.

If a person purchases a tract of land and agrees to let it to a tenant for a year, the landowner is paid for the TIME VALUE of the productivity of the land for the year in which the tenant has possession and use of the land, and the landowner necessarily surrendered by virtue of the lease.

Money has time value just as the land has time value. If a man lends another man money for a year, which is simply a different, more fungible form of property, upon returning the money to the lender after one year of possessing and using the money and reaping the productivity of the money, why shouldn’t the lender be paid a fair rent on the money in exactly the same way that a landowner is paid a fair rent on his land?

Now that we have that pinned down, we can move to the question of fractional reserve banking and the creation of money in the banking system. Many anti-interest people argue that money should not be created and that the money supply should remain static. This is false. In a healthy, Godly society, people reproduce in excess of the replacement rate and the population increases. As the population increases, so does the human capacity to reason, produce labor and create as a function of time.

A population of 10,000 people has more productive and creative human capacity than a population of 2500 people. If the money supply remained static as a population grew from 2500 people to 10,000 people, the same number of dollars (or whatever unit) would have to represent the larger pool of creative and productive capacity. Therefore, each dollar would serve as a proxy unit of exchange for more and more human capacity. Thus, the dollar would be worth more and more with the passage of time and the resulting multiplicative increase in the population. And remember, a multiplying population is a good, good thing. See Genesis 1:28.

When a currency increases in value per unit, this is called DEFLATION. Persistent deflation is bad because it stifles investment and growth. If you know that your dollars will be worth more tomorrow than they are today, and worth more next month than this month, and worth more next year than this year, you will be incentivized to hold your dollars and not invest, or even spend. This will eventually strangle an economy to death.

In order to have a truly stable economic and monetary system, the money supply must grow in proportion to the population. Since human beings are themselves the “gold”, or the “wealth” of a nation, as the population multiplies, so too must the amount of money in order to keep the buying power of that money stable.

The smoothest way to accomplish this is via the fractional reserve banking system, with
A.) significant, strictly enforced reserve requirements,
B.) “One Dollar of Capital” daily marking-to-the market of bank assets with full dollar-for-dollar backing of any shortfall or of any unsecured loans by bank owners and investors
C.) the total, complete elimination of branch banking and bank holding companies (Yay!)

The alternative method of controlling money supply would be a central bank, and I think we can all agree that that little experiment has been tried, failed miserably, and proven that Central Banks are nothing more than a cesspool of scoundrels and aspiring tyrants.

I’ll leave it to others to discuss such in-depth topics as the use of reserve requirement adjustments to fine-tune the money supply, and to navigate the natural, normal, albeit less pronounced cycle of economic expansion and contraction that is organic and intrinsic to ANY economy.

Banking requires the charging of interest in order to cover the intrinsic default risk. Defaults WILL happen in lending. This is one of the main components of a bank’s cost structure. This cost MUST be covered, or else banking is, by mathematical definition, impossible. Any argument to the contrary is thus irrational, and then we’re done talking.

Bank depositors, as the primary source of loan funds, are also entitled to compensation for the time value of their money, as discussed above.

Finally, interest is also necessary because money DOES erode whenever the economy is in a period of expansion, which is inevitable as healthy economies operate in a pseudo-respiration cycle of inhaling (expansion) and exhaling (contraction). The net, over time, is GOOD HEALTH, GROWTH and THRIVING – just as with an individual person. Thus interest rates would modestly increase in periods of expansion, thus keeping growth from exceeding the natural growth in the population, and conversely interest rates would fall during contraction, thus preventing a strangling deflation.

Caritas (charity/love) PROCEEDS FROM The Logos. Logic and reason (of which mathematics is a subset) have primacy over charity. Deny that, and you deny the Trinity.

But what do I know. I’m just a mindless Catholic woman who checks her brain at the door when I put on my second-class citizen chapel veil of misogynistic, slackjawed submission. Oh, and also a CONVERT!! </Eyeroll>

Concluding aside: Now do you understand why the Magi brought GOLD as a gift to the Baby Jesus? The Gold wasn’t just a crass gift of jewelry or coinage. The gold represented the gift of mankind offering his capacity to labor, produce, reason and create BACK to the King of Kings, God Himself, who is the Source of all life and creation, the Driver of all human capacity, and Who is Reason Itself. 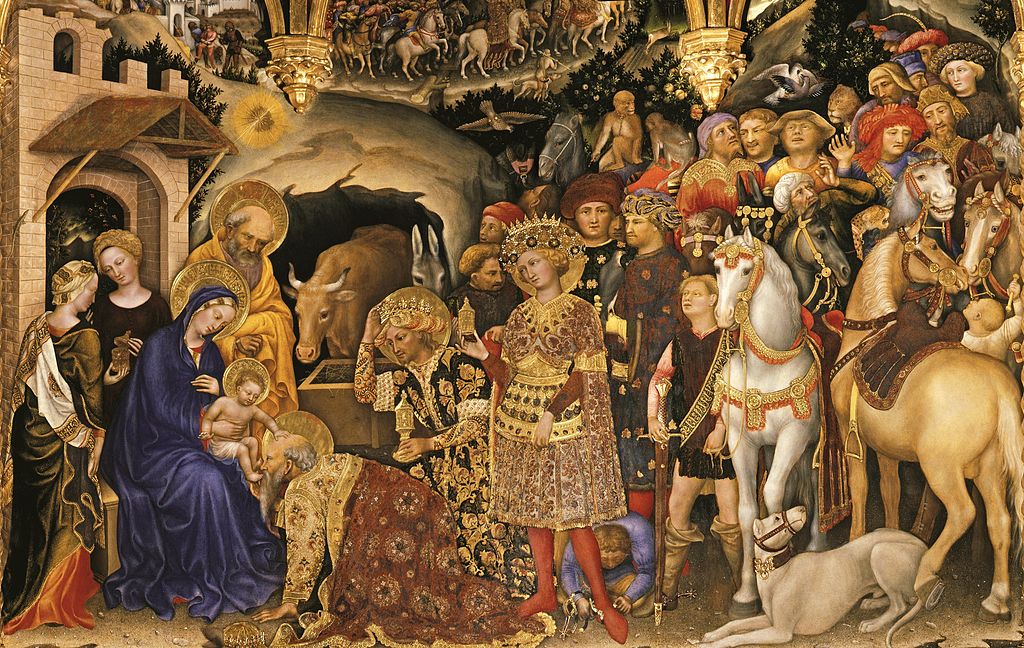