(I’m printing this excerpt of an article written in ARSH 2002 by Lee Penn in full, with the footnotes, for the record. Human Population Reduction to the tune of 90% is the foundational agenda of New World Order/New Age/Freemasonry/Antichurch. They view most people as an inferior sub-species, akin to “Cave Men”, that must be made extinct. -AB ’22) 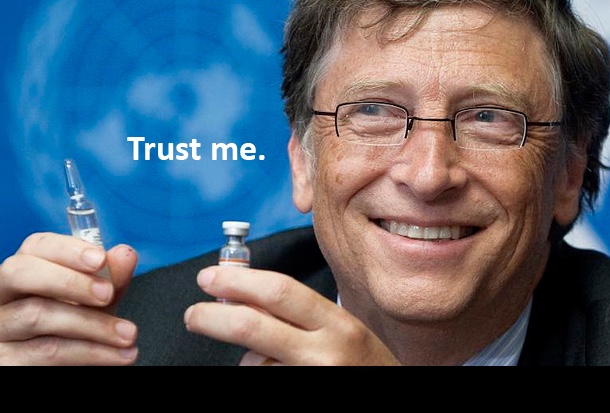 THE NEW AGE POPULATION SELECTION PROCESS
As part of the imminent global transformation, the radical New Age leaders look forward to a “selection” of the human race. The elect of humanity will survive to enter the New Age. Many others will die – a prospect that these gurus view with cold equanimity.

Alice Bailey described World War II as “the broom of the Father of all, sweeping away obstructions in the path of His returning Son.”[223] Since she saw war and mass murder as part of God’s plan, it’s reasonable to ask whether other Theosophists and New Age leaders who foretell a “selection process” intend to kill their opponents, if they can.

For several decades, in books with titles such as Happy Birth Day, Planet Earth, The Revelation: A Message of Hope for the New Millennium, and The Book of Co-Creation, Barbara Marx Hubbard has predicted “personal extinction”[224] for people who will not get with the New Age program.

“A Quantum Transformation is the time of selection of what evolves from what devolves. The species known as self-centered humanity will become extinct. The species known as whole-centered humanity will evolve.”[225] At the time of the quantum transformation, “humans capable of cooperating to self-transcend will do so”; “elements” who maintain “the illusion of separation will become extinct … just as Cro-Magnon and Neanderthal humans became extinct.”[226]

In referring to undesirable people as “elements,” she follows the example of the Nazis, the Communists, and others who dehumanize their opponents to justify destroying them. Barbara Marx Hubbard warns that if the selection comes, it will be violent: “Either the good will prevail, connect, link, and magnetize the majority of humanity to act with love for life everlasting, or the violent selection of the self-centered will begin.”[227] For her, Satan “is part of the selection process … that will bring forth the self-elected from the self-rejected, so that … only those connected to the whole survive.”[228] Robert Muller says that persons “who hold contrary beliefs” to those favored in the “next phase of evolution” will disappear [229] ; opponents of the UN and other “anti-evolutionary, blind, self-serving people” will have their souls “parked in a special corral of the universe for having been retarding forces, true aberrations in the evolution and ascent of humanity.”[230] David Spangler says that those who do not enter the New Age “will lose, for the time being … the ability to control or influence the developments upon Earth. … They will have moved from an active state to a relatively passive one.”[231] “Relatively passive” – like a corpse?

All the New Age soothsayers say that the extinction of the opposition is for their own good, the beginning of their cosmic re-education.

David Spangler says that those not attuned to New Age energy “have no place in the new world”;[232] they will be sent “where the patterns of the old still hold sway” for their “highest good.”[233]

Barbara Marx Hubbard says that those who are against the New Age “will begin again within a different planetary system which will serve as kindergarten for the transition from self-centered to whole-centered being.”[234]

Nick Bunick, the self-styled reincarnation of the Apostle Paul, sets the date for the selection. Between 2000 and 2010, “those people who are not living according to the laws of God” will be “no longer participating in our world”.[235] The resisters will be sent to “a different vibrational plane”[236] – not as a punishment, but to improve their karma.[237]

Barbara Marx Hubbard says that survivors of the “selection” will go with the flow of evolution, will love “choice, diversity, flexibility, ambiguity, uncertainty, responsibility, and response-ability,” and will be able to “co-create, unite, synergize and love everyone as a member of your body.”[238]

The inheritors of Marx Hubbard’s new kingdom will pass all the current tests for political correctness, and will be highly qualified to serve as bishops in the Episcopal Church.

The leaders of the New Age movement argue that the earth is overpopulated, and that radical measures are needed to defuse the “population bomb.” In the 1940s – when world population was less than half what it is today –

Alice Bailey said, “certain physical restrictions should be imposed, because it is now evident that beyond a certain point the planet cannot support humanity.”[239]

Matthew Fox has said, “Excessive human population is a grave danger … it’s one of the reasons I joined the Episcopal church, because of its open-minded and pragmatic view of birth control.”[240]

In 1997, Gorbachev said, “for a certain transitional period families should limit themselves to one child;” once the world’s population is stabilized, the former Communist premier would consider upping our ration to two children per family.[241 ]

Some of these “forward-thinking” people want to go further, and reduce Earth’s population to 2 billion or less. In a November 1991 interview with The UNESCO Courier, Jacques-Yves Cousteau said: “World population must be stabilized and to do that we must eliminate 350,000 people per day. This is so horrible to contemplate that we shouldn’t even say it. But the general situation in which we are involved is lamentable.”[242] That works out to 127,750,000 people per year, and 1.27 billion people to “eliminate” per decade. Media magnate Ted Turner is more patient; he will allow 80 to 100 years to reduce the population of the Earth from 6 billion to 2 billion by a global “voluntary” one-child policy.[243] In an interview with the environmentalist E Magazine, he added,

“I think the population should be closer to when we had indigenous populations, back before the advent of farming. Fifteen thousand years ago, there was somewhere between 40 and 100 million people. But [population researchers] Paul and Anne Ehrlich have convinced me that if we’re going to have a modern infrastructure, with commercial airlines and interstate highways around the world, we’re going to need about two billion people to support it.”[244]

The eco-feminist theologian Rosemary Radford Ruether has a similarly low view of humanity. She told those who attended a May 1998 ecological conference that “We need to seek the most compassionate way of weeding out people. … In place of the pro-life movement we need to develop the ‘spirituality of recycling’ … a spirituality that includes ourselves in the renewal of earth and self. We need to compost ourselves.”[245] Several months later, Ruether told a national conference of Call To Action, a liberal Catholic organization, how many people must go onto the compost pile: “We must return to the population level of 1930″[246] – about 2 billion people. What the supporters of population reduction leave discreetly unannounced is how to get rid of the 4 billion “surplus” people.

Despite his deep involvement in New Age occultism, David Spangler points out some dangers of the New Age worldview: “a desire for power, the tyranny of the group over the individual,” “an attachment to novelty for its own sake,” destruction of marriages due to pursuit of “self-development,” a misguided pursuit of “limitlessness,” losing awareness of the transcendence of God, and “unwillingness to say that anything is out of place or wrong.”[247] He also warns, “The new age movement in North America has much in common with its counterpart in Europe between the world wars. The ecological spirit and desire for transcendence expressed at that time in Germany became corrupted and channeled into the Nazi movement, which had many roots in occultism.”[248] An orthodox Christian might also offer all of these criticisms. It is unfortunate that Spangler did not use similar discernment in his other work.

Because the radical New Age adepts extol each other’s writings, speak at the same workshops, and share board memberships in the same organizations, it’s fair to assess their teachings as a group. (If this is “guilt by association,” it’s an association that the New Age gurus have created themselves.)

Taken together, the works of Robert Muller, Barbara Marx Hubbard, Neale Donald Walsch, Alice Bailey, David Spangler, and Helena Blavatsky are an anti-Catechism: a revival of the Gnostic heresy, a comprehensive anti-Gospel, and a point-by-point inversion of Christian morality and doctrine. The problem is not a few “smoking gun” quotes pulled from otherwise-innocent writings. The adepts of the New Age have provided an arsenal full of smoking guns, all pointed in the same direction. Those who can stand to read New Age and theosophical books in detail will find that these writers make clear their intentions for us all – just as Hitler did with Mein Kampf and as the Communists have done since Marx and Lenin. This time, let us heed the warning!

Is the New Age movement a conspiracy? No. Conspiracies are usually secretive associations with illegal objectives. New Age leaders and their utopian, globalist allies are open about their aims, and their activities are legal. The goals of the current crop of New Agers and utopians match what radicals have sought since the French Revolution. Their project reveals the permanent vulnerability of mankind to temptation and sin. Consider: God remains forever, and does not change. Human nature does not change, since mankind is created in God’s image. The devil does not change, and the temptations he offers mankind do not change. From the Garden of Eden to the séances of the theosophists, the message is the same: you will not die, and you will be a god. Human response to temptation does not change either; apart from God’s grace, we sin. Therefore, human rebellion against God will follow a consistent pattern. People who wish to rebel against God will find collaborators and mentors to affirm them and to assist them in their plans. (Also, the religious and governmental authorities, by their oft-repeated injustices and abuses, put the same temptations, scandals, and stumbling blocks before their people, again and yet again.) What some fevered observers see as multi-generational, international conspiracies are really just successive groups of fallen men following temptation to its logical conclusion. If New Age and utopian movements show unity and consistent purpose internationally or historically, it arises from the dark spirit they follow, rather than from human conspiratorial skill.

NOTE: Internet document citations are based on research done between September 1997 and January 2000. Web citations were accurate as of the time that each Web page was accessed. However, some documents may since have been moved to a different Web site since then, or they may have been removed entirely from the Web.