St. Paul made it explicitly clear that to publicly ratify sodomy is a CAPITAL CRIME. Which it most assuredly is.

For professing themselves to be wise, they became fools. And they changed the glory of the incorruptible God into the likeness of the image of a corruptible man, and of birds, and of fourfooted beasts, and of creeping things. Wherefore God gave them up to the desires of their heart, unto uncleanness, to dishonor their own bodies among themselves. Who changed the truth of God into a lie; and worshipped and served the creature rather than the Creator, who is blessed for ever. Amen.

For this cause God delivered them up to shameful affections. For their women have changed the natural use into that use which is against nature. And, in like manner, the men also, leaving the natural use of the women, have burned in their lusts one towards another, men with men working that which is filthy, and receiving in themselves the recompense which was due to their error. And as they liked not to have God in their knowledge, God delivered them up to a reprobate sense, to do those things which are not convenient;  Being filled with all iniquity, malice, fornication, avarice, wickedness, full of envy, murder, contention, deceit, malignity, whisperers, detractors, hateful to God, contumelious, proud, haughty, inventors of evil things, disobedient to parents, foolish, dissolute, without affection, without fidelity, without mercy.

Who, having known the justice of God, did not understand that they who do such things, are worthy of death; and not only they that do them, but they also that consent to them that do them.

Sodomy is cultural cancer, so to ratify sodomy would be akin to… I dunno… injecting a drug that caused cancer into the population. It’s a crime against humanity on the largest scale – the civilizational scale.

These prelates have forfeited their lives by this crime, and it is now, as John Senior so presciently said, a GREATER crime to deprive them of the just punishment that they have brought down upon themselves – laicization and execution.

Not only will that punishment not come, there will be total silence- and make absolutely no mistake: it will be the calculated silence of tacit total approval.

With respect to those “on-side”, the effeminate and slothful man deals with problems by pretending that they don’t exist- by looking away and saying, “This too shall pass…”

And, of course, no punishment will come from the Occupied Vatican because Antipope Bergoglio is not now and never has been the Vicar of Christ because Pope Benedict Ratzinger never validly resigned per the Substantial Error clause in Canon 188. Furthermore, it is almost impossible at this point to not strongly suspect Antipope Bergoglio of being THE False Prophet Forerunner of the Antichrist, the anti-John the Baptist, squatting atop the latrine that is the Freemasonic-sodomitical Antichurch.

Gotta keep that paycheck signed by the Institutional Church coming!

Gotta keep that career on track! 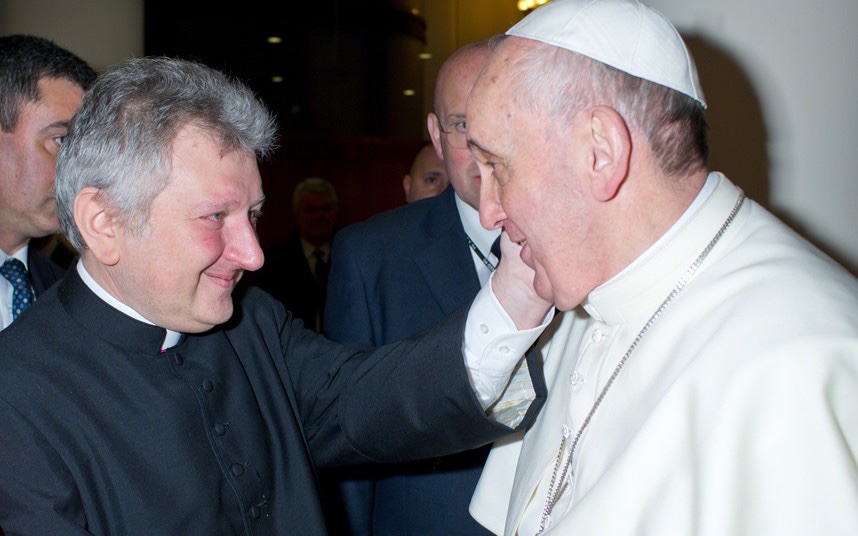 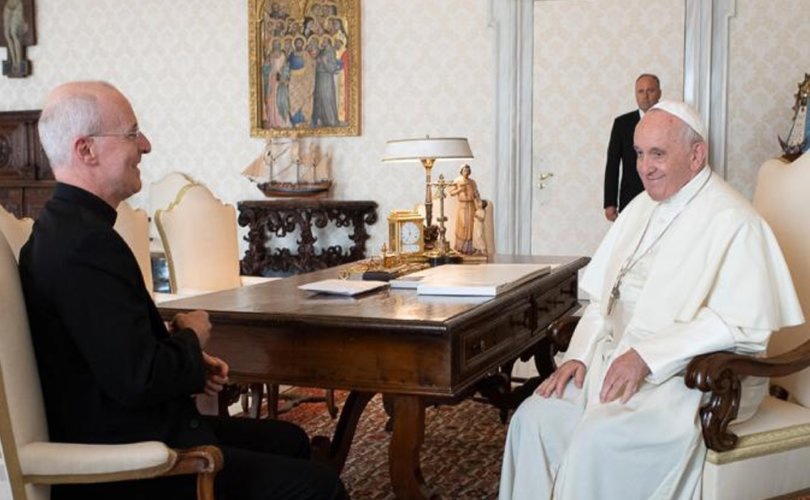