Let’s begin with a definition.

This is the definition of “fundamental”:

Adjective form: forming a necessary base or core; of central importance; affecting or relating to the essential nature of something or the crucial point about an issue; so basic as to be hard to alter, resolve, or overcome.

Noun form: a central or primary rule or principle on which something is based.

The root is the Latin “fundare”, meaning “to found”.

I was thinking about mathematics this morning, and found it very, very interesting that mathematicians, physicists and engineers that believe:

No one ever accuses an engineer of excessive rigidity or of a “fortress mentality” for his unswerving and intransigent belief in the fundamental properties of algebra.  No one deems an engineer deeply flawed as a human being if he refuses to entertain the notion that the additive inverse of x might NOT be (-x), much less tolerate a plan for a building put before him in which the plans operate on the premise that the reciprocal of 2 is ¼.

The heresy of Modernism has been well defined as “to not believe what one believes”.  Only in the irrational, self-contradicting philosophical matrix of Modernism does believing in the fundamentals of one’s professed belief system make a person either stupid, crazy or evil.

Sadly, in today’s Church, thoroughly infiltrated by Modernism, it is simply incomprehensible that a Catholic not only should, but MUST believe the fundamentals of the Catholic faith with more certainty and less doubt than the fundamental properties of algebra.  The supreme truth in the universe is Catholicism, not mathematics.  After all, five loaves and two fishes went into baskets, and hundreds, if not thousands of loaves and fishes came out.  The multiplicative identity did not hold.

It is a truly, truly deranged and depraved mind that can hold as not just tenable, but admirable and virtuous that he does not actually believe what he believes.

What the hurling the word “fundamentalist” as a pejorative at Catholics but not mathematicians, physicists and engineers proves is that the hurler fully and completely assents to and believes in mathematics and does not harbor any doubt.  The facts of Divine Revelation to which the Church bears witness? Not so much.

Therefore, I am a Catholic fundamentlist, and I cannot be gaslighted by anyone for being so. 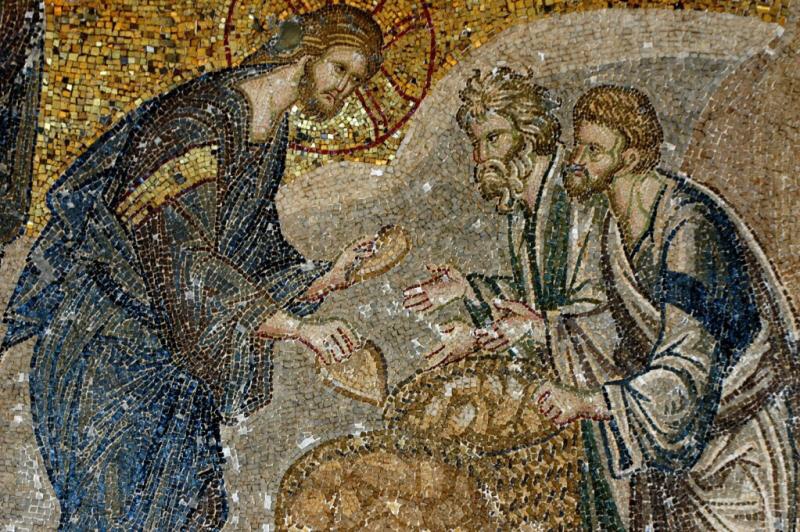 God Incarnate, born of a Virgin, who raised Himself from the dead on the third day, superseding the laws of mathematics and physics, of which He Himself is the author and master.