In ARSH 1012, Antipope Gregory VI, in an attempt to usurp by force the Petrine See which he was already claiming, went to Germany after being expelled from Rome in hopes of conning the King Henry II into supporting him.

The saintly King Henry II told the usurper that he would CAREFULLY STUDY THE SITUATION IN LIGHT OF CANON LAW AND HOLY TRADITION, but that in the mean time, he must cease to present himself or act as Pope.

King Henry determined that Benedict VIII was the true Pope, not this Gregory creature (history doesn’t even know what this guy’s baptismal name or family name was), and King Henry restored Benedict VIII to Rome, where Benedict VIII had a strong a successful pontificate, cleansing the clergy of simoniacs and the sexually incontinent, and supporting the Cluniac reforms of Western Monasticism.

King St. Henry, pray for us, for Pope Benedict XVI Ratzinger, the Papacy, and for Holy Mother Church, the indefectible and spotless Bride of Christ, outside of which there is no salvation. 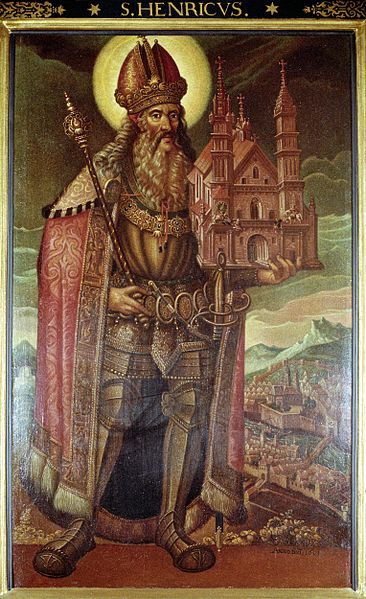