(This is a repost with a few additions, but the topic could not be any more timely, nor the concept any more urgent to face and comprehend. The reason sodomy must be banned and criminalized aggressively under anti-obscenity statutes in the first place is precisely so that it doesn’t get to the point where the infiltration is so deep and widespread that war and capital punishment is needed to contain and purge it. Sodomites need the help of the Sacraments, but if war is finally forced by the self-inflicted damage of tolerance of the sodomites’ never sufficiently execrated depravity, as is happening now, that opportunity is lost. Strictly enforced anti-sodomy laws are the quintessence of Christian mercy. -AB ’22) 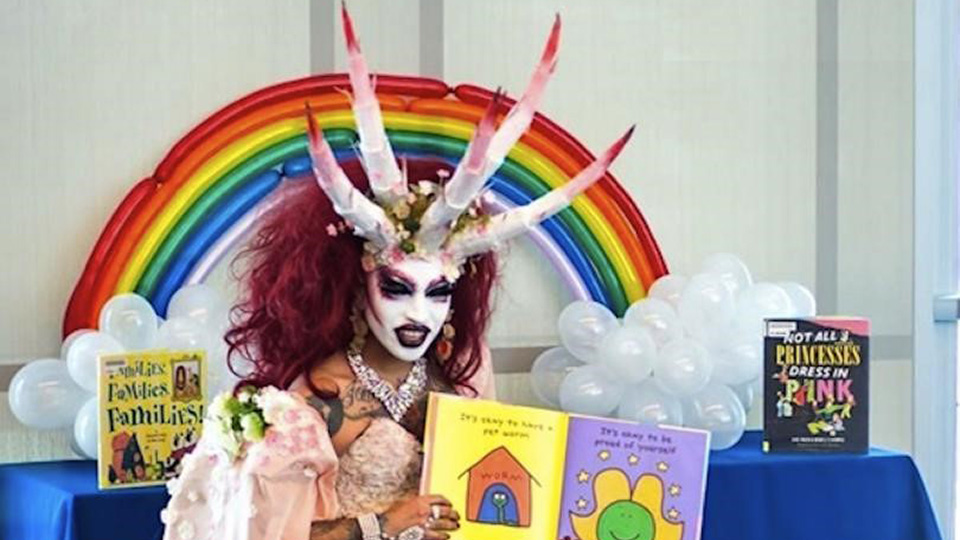 We are at war with sodomites, whether we like it or not, because sodomites are at war with us.  We are in a war with execrable faggots like James Martin, Ethh Jay, and really all unrepentant sodomites.  Given that all sexual perversion is a derivative of Diabolical Narcissism, sodomites, exactly like the demons they emulate, prowl throughout the world seeking the ruin of souls.  They want to drag as many people as possible down into hell with them, and it all begins with the hell-on-earth that they wallow in.

The link below is an essay by Joseph Sciambra, a man who engaged in sodomy for years, and then, by the power of Jesus Christ, renounced his sin and now exposes the truth about sodomy and the sodomite culture and attempts to evangelize sodomites in their ghettoes and enclaves.  Joseph Sciambra is an invaluable resource and warrior, and should be prayed for early and often. Pray for him. He has left the Church after being attacked by sodomite clerics and prelates. The scandal of sodomy claims victims in many ways.

If you think that the world of sodomite sex is just a bunch of witty, well-dressed guys kissing with their mouths open and giving each other bl**j**s, and as long as we don’t have to see it, it’s no harm-no foul, then you need to read Sciambra’s devastating expose of what really goes on.

You might be tempted to stop reading when Sciambra describes his rectum prolapsing (yes, his rectum turned inside-out and fell out of his anus).

You might be tempted to stop reading when Sciambra describes how he was constantly battling shigella, an infection of the mouth caused by ingesting feces – which, thanks to Antipope Bergoglio, we all know the term for – coprophagia.  This is why male sodomites are often missing teeth.

You might be tempted to stop when Sciambra describes one of his sodomite friends who would wistfully pine for the day that he could take a man’s arm inserted up his rectum and into his intestinal tract… past the elbow.

You might be tempted to stop reading when you reach Sciambra’s description of the deepest back room of the bathhouse, where there was an altar, surrounded by men kneeling on the floor with their faces on the semen-and-feces-soaked floor, holding open their inter-gluteal cleft and just… waiting.

Read it all the way through, and then feel the terror – the completely rational, healthy terror – that these people walk among us, and that we invite them into our schools and homes, most commonly through the Tabernacle of Satan, the teevee.  Sit in stillness with the fact that most-to-many of today’s Novus Ordo priests and bishops engage in these behaviors, and then turn around and sometimes within a matter of MINUTES ascend the altar to offer the Holy Sacrifice of the Mass. Sit in terrified stillness with the fact that a massive percentage of Novus Ordo priests and bishops today have never, not one time, offered the Holy Sacrifice of the Mass while not in a state of unrepentant mortal sin – they entered seminary as active sodomites with no intention of stopping, they were ordained priests as active, unrepentant sodomites, and they were elevated to the episcopacy as unrepentant, active sodomites.

When people fall for the sodomite’s ruse of calling people “homophobic”, and then insisting that they “aren’t scared” of sodomites, that is a victory for the sodomites.  A phobia is an IRRATIONAL fear of something.  After reading Sciambra’s piece, you should realize that one of the reasons the sodomites have essentially destroyed western civilization in only a few decades is because the normal people were tricked into purging themselves of the completely healthy, RATIONAL, sane revulsion and fear of these incredibly dangerous people all in the name of the false virtue of “tolerance”.  Up until just recently, it was precisely the good, healthy fear of sex perverts that was the first line of societal defense, especially among children.  People knew that people who were capable of committing sodomitical acts were extremely dangerous, to be driven out, and defended against.

Am I scared of sodomites?

You’re damn right I am.

They are some of the most evil and dangerous people alive.  It would be completely irrational to NOT fear a person who is so incredibly warped and depraved. “Phobia” has nothing to do with it, and the term “homophobia” should never be permitted.

If you aren’t scared of sex perverts, you should be.  They are like rabid dogs.  They are terrifying and extremely dangerous. To treat a sodomite casually is worse than walking up and petting a rabid dog. Rabies only kills the body.  The sodomites want your souls.

Courage isn’t the absence of fear.  Courage is the ability to act and do the right, including fight a war, in spite of fear.