(This was penned in early ARSH 2018, long before the CoronaScam, and even before the Pell trial. I repost this as Antipope Bergoglio has ordered that a smear campaign against Pope Benedict be launched out of Germany, accusing Pope Benedict of “not doing enough” when he was briefly the Archbishop of Munich from ARSH 1977-1982… EXACTLY as I outlined below. One can only imagine the staggering levels of sodomitical infestation in a huge German Metropolitan See like Munich in the late ’70s. -AB)

I see lots of people trying to explain the near-total silence and near-instantaneous capitulation to Antipope Bergoglio by pretty much every priest, bishop and cardinal on the planet by citing “obedience” and a “profound concern for the authority of the Petrine Office.”

Absolute nonsense.  These men have been openly disobedient to the Vicars of Christ for over 50 years.  They openly rebelled against Paul VI when he promulgated Humanae Vitae, which upheld The Church’s teaching on the grave sin of contraception.  Paul VI, in fact, being a sodomite, an arch-heretic and almost certainly a Freemason, had promised his underlings that Humanae Vitae would, in fact, ratify contraception as morally licit, however Cardinal Ottaviani intercepted the draft and re-wrote the sections on contraception so that they were, you know, Catholic and not Freemasonic/satanic.  Bishops all over the world OPENLY DEFIED Humanae Vitae, both in public, and in the confessional, telling their priests to likewise tell their parishioners both inside the confessional and outside, that “Rome is wrong” and that the mortal sin of contraception was not a sin, and should not be confessed, much less ceased.  OBEDIENCE?

What about the Novus Ordo Mass, and how there are probably LESS THAN FIVE locations on the entire planet whereby the Novus Ordo Mass is celebrated ACCORDING TO THE LETTER of the Rite itself, and the documents promulgated by the Holy See during the 1960s pertaining to liturgy?  OBEDIENCE??  You’ve got to be kidding.

What about Summorum Pontificum?  MOST bishops LAUGH CONTEMPTUOUSLY at groups of faithful that come to them requesting The Venerable Gregorian Rite.  Cardinal Bergoglio, likely False Prophet Forerunner of the Antichrist, while ensconced in Buenos Aires, lied to and tricked the group of faithful that requested the Tridentine Mass.  OBEDIENCE AND RESPECT FOR THE AUTHORITY OF THE PETRINE OFFICE? Don’t make me laugh.

Speaking of Cardinal Bergoglio, after Pope Benedict XVI’s address at Regensberg in which he identified the islamic political system as  “evil and inhuman”, Cardinal Bergoglio was summoned to Rome for a standard meeting of Cardinals.  BERGOGLIO REFUSED TO COME TO ROME IN PROTEST OF POPE BENEDICT’S REMARKS ABOUT ISLAM.  Obedience?

No, Antipope Bergoglio is a diabolical narcissist psychopath who is now, and always has been about one thing: PERSONAL POWER.  He rules through FEAR, and in Rome EVERY PRIEST, BISHOP, MONSIGNOR and CARDINAL WITHOUT EXCEPTION IS BLACKMAILABLE.

The infiltration of the Church by Freemasons/Communists, who then recruited and promoted ALMOST EXCLUSIVELY SODOMITES for well over fifty years now is so intense, that absolutely EVERY PRELATE IS BLACKMAILABLE.  EVERY PRELATE has sodomite connections, even for the very, very rare prelate that isn’t a sodomite himself.  The faggotry is EVERYWHERE, on both the “left” and the “right and the “far right”.

And folks, where there are faggots, children are being abused.  Period.  There is no such thing as a “harmless faggot”.  Scratch a faggot and you’ll find either an active child predator, a developing child molester, or someone who has turned a blind eye to child molestation to protect “friends”.  The code of omertà among faggots is every bit as strong, if not stronger than the code of omertà in the Italian Mafia.

Folks, the Vatican is now, for all intents and purposes, a bathhouse.  And I am not speaking figuratively.  Cardinals, bishops, monsignors, priests, security guards, lay employees, Vatican Museum tour guides, it is a massive, massive network of sodomites, and the code of silence transcends political or ideological sides – or at least it used to.  The reason that Bergoglio wields so much illegitimate power is because he, although probably a sodomite himself (I’ve received new information out of Buenos Aires – his private life was a deplorable scandal), is now willing, for the sake of his own lust for power, to leverage sodomitical and child abuse activity and blackmail people without hesitancy.  This is a change, and THIS is why the Curia hates him.  He isn’t observing the code of sodomitical Omertà, and they are all, every one of them, TERRIFIED that he will expose them, even though Bergoglio himself is also a pervert with a criminal past. And remember, even for the few prelates left that are not sodomites, they have all, every one, “not done enough” with regards to priests that were under their jurisdiction at one point or another.

We’ve all had beaten into our heads for our entire lives that “what people do behind closed doors is their business…”  Now we are seeing why that is such a pernicious lie.

The filthy, disgusting faggots, by doing their execrable deeds “behind closed doors” have constructed the very matrix of coercion and blackmail that is now being used to DESTROY THE CHURCH AND CAUSE COUNTLESS SOULS TO GO TO HELL.

I remember well being haughtily lectured by a man that turned out to be one of the most notorious layman sodomites in the Vatican today (a Vatican Museums tour guide), a man whose b**w**bs are called “a Vatican institution”, that it was mortal sin to even SUSPECT someone of sodomy or being a sodomite without – get this – videographic evidence.  How convenient, so long as there is no video, AND the code of Omertà holds.

Now folks, and I can see this coming a mile away, all of the faggots in the Vatican that are on the “right” or that sympathize in any way and for any reason with “Traditionalists” will be exposed or blackmailed away, and satan wants the MAXIMUM SCANDAL POSSIBLE so that Trad Catholics will also lose their faith.

Remember, this is all about BLACKMAIL. Not obedience.  That is a false premise, and as I repeat ad nauseam, when your base premise is false, your resulting corollaries and conclusions will also be false.  And the more logical steps you take from a false premise, the worse and worse it gets.

A great place to start? How about adopting this TRUE premise:

JORGE BERGOGLIO IS NOT NOW AND NEVER HAS BEEN THE POPE. POPE BENEDICT XVI IS THE ONE AND ONLY LIVING POPE, AND HAS BEEN ALL ALONG WHETHER HE LIKES IT OR NOT. BERGOGLIO IS AN ANTIPOPE.

I’m telling you, everything becomes crystal clear when the base premise is true. 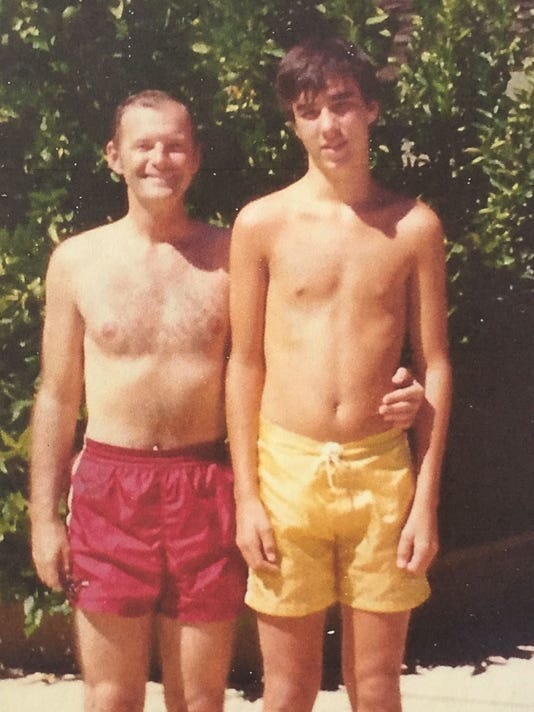 Ted McCarrick, sodomitical codename “Blanche”, with his child victim James Grein. EVERYONE knew what McCarrick was. His blackmailability made him more attractive to the luciferian infiltrators, who sent him straight to the top of the American Church power structure.