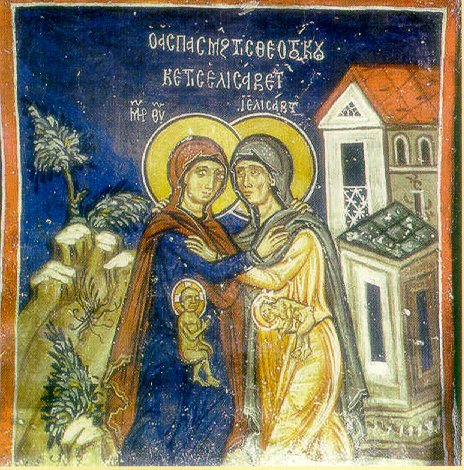 Ah, the Visitation.  Such an important event, and so overlooked.  The Visitation was the event wherein The Blessed Virgin Mary, carrying Our Lord in her womb, went on a road trip to visit her elderly cousin Elizabeth, who was six months farther along than Mary, carrying John the Baptist – see Luke 1:39-56.

1.  The Visitation is the Second Joyful Mystery of the Rosary, and the fruit of this mystery is LOVE OF NEIGHBOR, or CHARITY, which is, of course the highest of the Theological Virtues.  Our Lady, and all those who are truly charitable, are happy helpers.  HAPPY. HELPERS.  In fact… “The Blessed Virgin Mary is far more eager now than then to promote the happiness and console the sorrows of those who fly to her for succor.”

It is a near-universal opinion today that “moderation” in rhetoric, in action and even in belief is the one and only acceptable path forward.  If the enemies of Christ say that 2+2=8, then we MUST be prepared to tolerate and even re-order ourselves and our engagement with the world to the position that 2+2=6, because that is MODERATE – splitting the difference between the Truth and the lie.  And what happens when the enemies of Christ declare that 2+2=1,000,000?  Well, then WE must be prepared to MODERATE our rhetoric, actions and beliefs relative to THAT lie, and take up the thoroughly “moderate” position that 2+2=500,000. Staunchly, and even INTRANSIGENTLY insisting that 2+2=4 will only cause people to hate you, think that you are a loon, and eventually get you killed.

Oh, and “moderation” will also hand satan the victory on a silver platter, but hey, at least people will “like” you.

St. John the Baptist, pray for us that we may be saved from argumentum ad temperantiam. 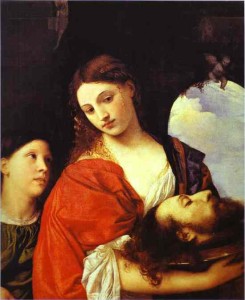 Salome with the Head of John the Baptist, Titian, ARSH 1515