Two years later, he declared in a Constitution:

“That horrible crime, on account of which corrupt and obscene cities were destroyed by fire through divine condemnation, causes us most bitter sorrow and shocks our mind, impelling us to repress such a crime with the greatest possible zeal.

Quite opportunely the Fifth Lateran Council [1512-1517] issued this decree: “Let any member of the clergy caught in that vice against nature, given that the wrath of God falls over the sons of perfidy, be removed from the clerical order or forced to do penance in a monastery” (chap. 4, X, V, 31).

So that the contagion of such a grave offense may not advance with greater audacity by taking advantage of impunity, which is the greatest incitement to sin, and so as to more severely punish the clerics who are guilty of this nefarious crime and who are not frightened by the death of their souls, we determine that they should be handed over to the severity of the secular authority, which enforces civil law.

Therefore, wishing to pursue with greater rigor than we have exerted since the beginning of our pontificate, we establish that any priest or member of the clergy, either secular or regular, who commits such an execrable crime, by force of the present law be deprived of every clerical privilege, of every post, dignity and ecclesiastical benefit, and having been degraded by an ecclesiastical judge, let him be immediately delivered to the secular authority to be put to death, as mandated by law as the fitting punishment for laymen who have sunk into this abyss.” (Constitution Horrendum illud scelus, August 30, 1568, in Bullarium Romanum, Rome: Typographia Reverendae Camerae Apostolicae, Mainardi, 1738, chap. 3, p. 33)

This sodomite crap isn’t a game, folks. Satan is playing for keeps, and we would all do well to face this fact now.  Better late than never.

Pray for us to the Lord Our God, Papa Ghislieri, that we be delivered from the brutal jackboot of the sodomites. 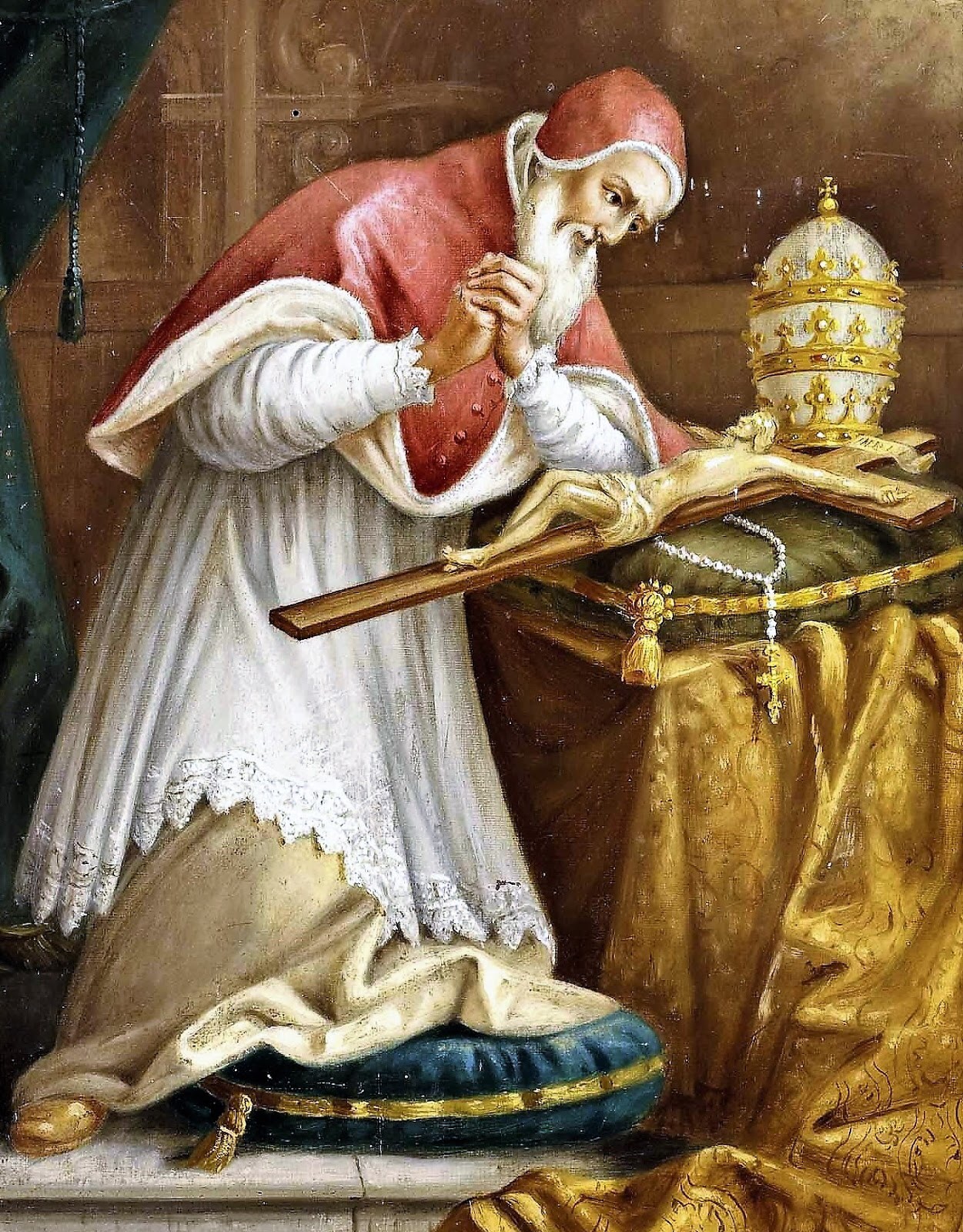