What is the technology? Self-spreading vaccines—also known as transmissible or self-propagating vaccines—are genetically engineered to move through populations in the same way as communicable diseases, but rather than causing disease, they confer protection. The vision is that a small number of individuals in the target population could be vaccinated, and the vaccine strain would then circulate in the population much like a pathogenic virus. These vaccines could dramatically increase vaccine coverage in human or animal populations without requiring each individual to be inoculated. This technology is currently aimed primarily at animal populations. Because most infectious diseases are zoonotic, 40 controlling disease in animal populations would also reduce the risk to humans. There are 2 main types of self-spreading vaccines: recombinant vector vaccines and live viral vaccines. Recombinant vector vaccines combine the elements of a pathogenic virus that induce immunity (removing the portion that causes disease) with a transmissible viral vector. Cytomegalovirus is one candidate vector for recombinant vaccines, because it is highly species-specific and moderately transmissible. Live viral vaccines are attenuated, meaning that the vaccine viruses are much less pathogenic than wild-type and would be similar to the oral polio vaccine or the live attenuated influenza vaccine (LAIV) in that those vaccines can sometimes transmit from person to person. Although there are substantial technical challenges in genetically engineering viruses, synthetic biology tools such as CRISPR/Cas9 are likely to aid researchers in overcoming these hurdles in the coming years. Self-spreading vaccines have already been used to protect wild rabbits from myxomatosis and to control Sin Nombre virus in rodent populations. Additional work is targeting Ebola virus in apes and bats, Lassa virus in rats, and bovine tuberculosis in badgers….

In the event of a grave public health threat, self-spreading vaccines could potentially be used to broadly inoculate human populations. Like the approach in animals, only a small number of vaccinated individuals would be required in order to confer protection to a larger susceptible population, thus eliminating the need for mass vaccination operations….” 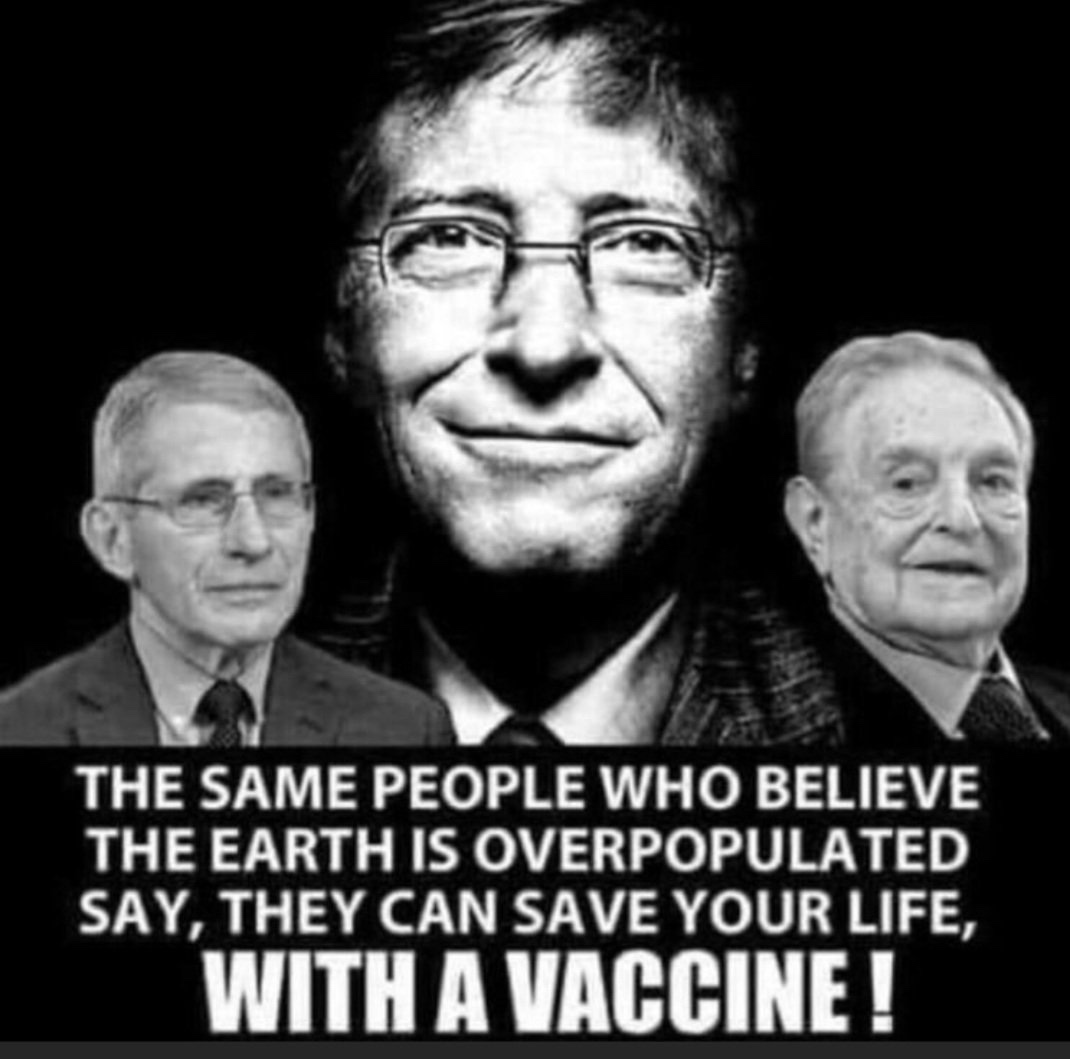 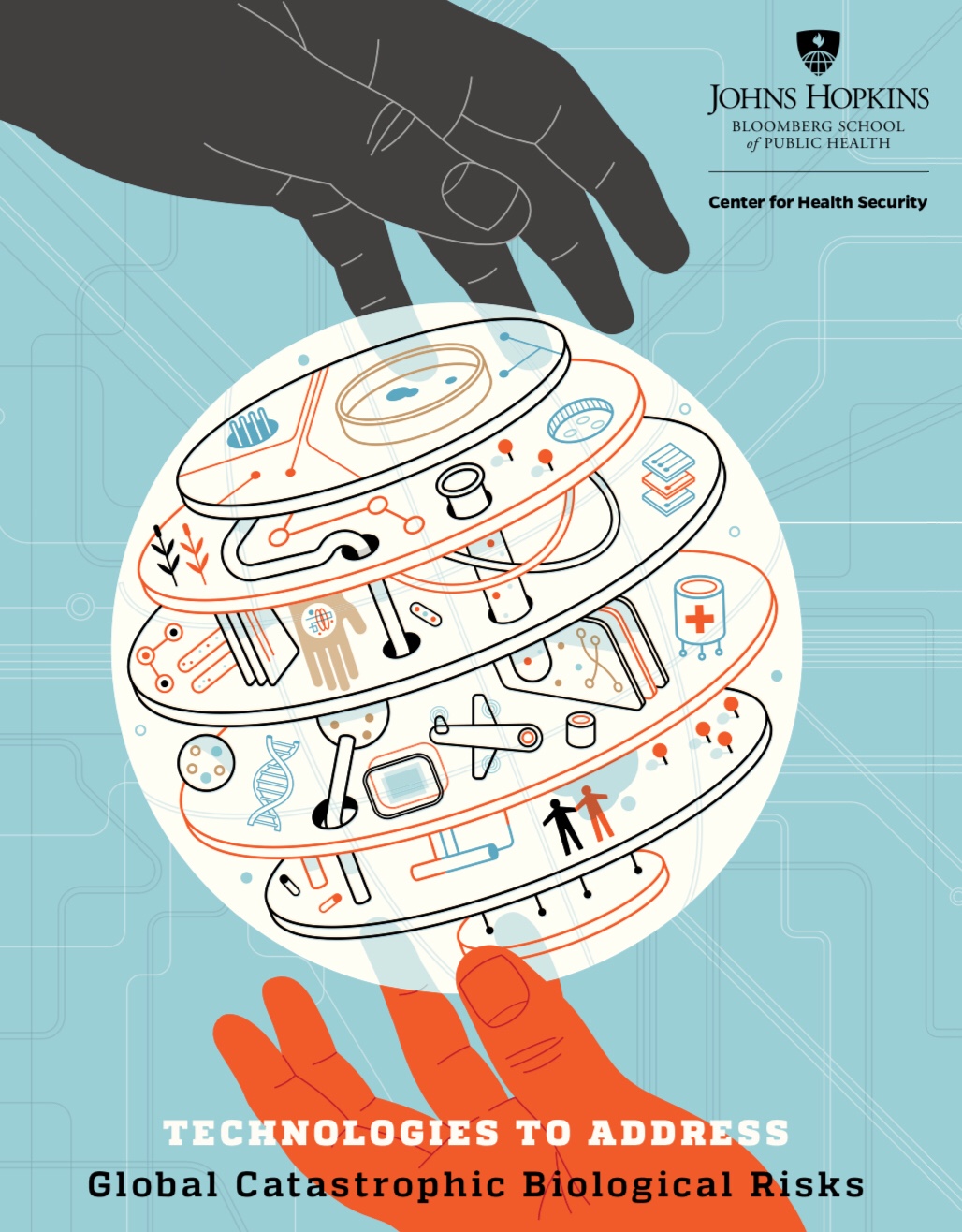 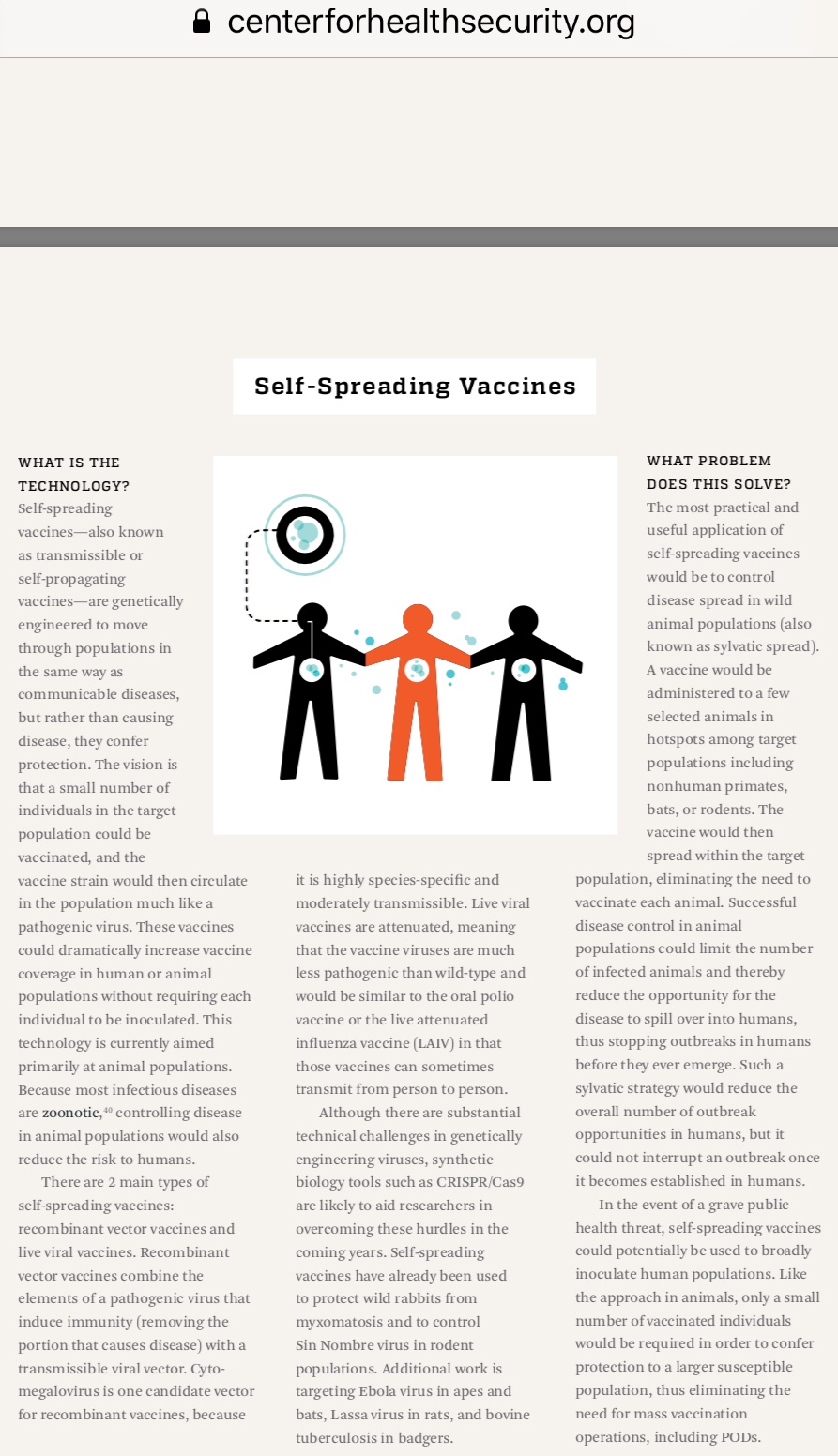