Question for Boomers and Karens everywhere:

“If there were a contraceptive vaccine, but after getting it you could still get pregnant, and you still had to use a condom, would you take it?” 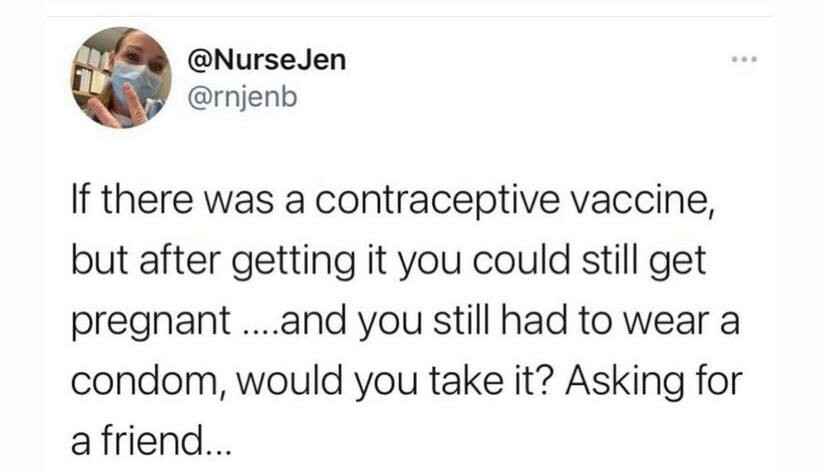 Pssst: there actually is a contraceptive “vaccine”. It’s called Depo-Provera. It’s been around for many years. It’s been marketed by PlannedBarrenhood mainly to inner-city black and hispanic women, especially alcoholics and hard drug addicts, because it doesn’t require the personal responsibility of taking a pill every day, which alcoholics and drug addicts are largely incapable of doing.