These three quotes come from Archbishop Viganò’s latest interview, given to Italian Radio Spada and re-published in English at LifeSiteNews.

The first is so spot-on.  I LOVE how +Viganò points out the deeply Hegelian quality to Pope Benedict’s attempted “split the difference” maneuver.

“His Hegelian philosophical approach led him to apply the thesis-antithesis-synthesis scheme in the Catholic context, for example, by considering the documents of Vatican II (thesis) and the excesses of the post-conciliar period (antithesis) things to be reconciled in his famous “hermeneutics of continuity” (synthesis); nor is the invention of the Emeritus Papacy an exception, where between being Pope (thesis) and no longer being Pope (antithesis), the compromise was chosen to remain Pope only in part (synthesis).”

But, as we all know, because as Dr. Mazza pointed out, it’s just NATURAL LAW, if you remain the Pope “in part”, you remain the Pope IN TOTALITY.  No sharesies. This is called the Law of the Excluded Middle, or in Latin, principium tertii exclusi or tertium non datur (no third possibility is given).  Either you is, o’ you ain’t.

As for my direct acquaintance with Benedict XVI, I can say that in the years of his Pontificate, in which I served the Church in the Secretariat of State, in the Governorate, and as Nuncio in the United States, I got the idea that he surrounded himself with inadequate, unreliable or even corrupt collaborators, who have largely taken advantage of the “meekness” of his character and of what could be considered as a certain “Stockholm syndrome” [i.e., a syndrome in which a prisoner, in a certain sense, comes to love those who have imprisoned him] especially towards Cardinal Bertone and towards his own personal secretary [Georg Ganswein.].

From many parts of the Catholic world, especially in the conservative milieux, we hear it said that Benedict XVI is the “true Pope” and that Bergoglio is an “antipope.” This opinion is based, on the one hand, on the belief that his Renunciation is invalid (due to the way it was formulated, due to pressure exerted by external forces or the distinction between munus [office] and papal ministerium [ministry]) and, on the other hand, on the fact that a group of progressive Cardinals is said to have tried to have their own candidate elected at the Conclave of 2013, in violation of the norms of the Apostolic Constitution Universi Dominici Gregis of John Paul II. Beyond the plausibility of these arguments, which if confirmed could invalidate Bergoglio’s election, this problem can only be solved by the Supreme Authority of the Church, when Providence deigns to put an end to this situation of very serious confusion. 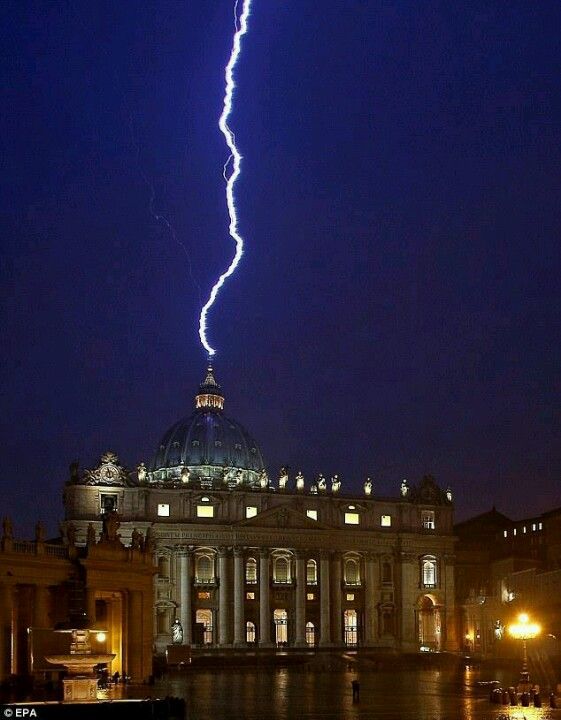