So I went for an annual exam to a new doctor earlier this week. He was quite dismayed that I won’t be getting any “vaccine” for the Wuhan flu, but genuinely interested in my reasons. He didn’t know anything about the use of fetal tissue cell lines. He pressed a bit on my refusal, citing the impact on everyone else if the acceptance rate wasn’t high enough then moved on. He told me masks are useless and expressed annoyance with having to wear one.

Then we talked about ivermectin and hydroxychloroquine. I did not betray the extent of my personal knowledge on the therapies, as I wanted to get his honest take. He explained that both are very effective therapies for covid, and that there was actually a severe hydroxy shortage here (Connecticut) a year ago because so many MD’s were prescribing it for other doctors and their families (nice). He said that he (and presumably most or all doctors) would not prescribe either for covid because CDC (I’m thinking he might have meant FDA or AMA?) guidelines exclude both as a therapy, and insurance/torts, etc. He further admitted that those exclusions are directly connected (in his mind) to the money to be made by pharma (he says pharma funds the CDC) by prescribing Remdesivir which costs $2,000 per IV bag.

So I asked him point-blank: “Doc, are you saying that if I was in the hospital with covid, in a condition grave enough that there is talk of placing me on a ventilator – you wouldn’t prescribe invemectin if I insisted?”

Answer: “No”. He was dead-serious, and yes, I need a new doctor. 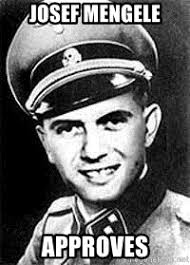 I took my first quarterly prophylactic dose of ivermectin last week, and I’ve never been more certain about the “vaccine” and therapies.

Thank you for all that you do. I keep you in my prayers.