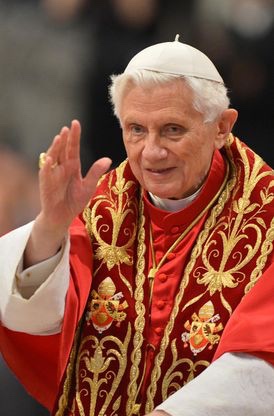 Pray for Pope Benedict XVI, the one and only living Vicar of Christ since April ARSH 2005, the Papacy, and Holy Mother Church, the spotless and indefectible Bride of Christ.