FYI, Fr. Z has a post up in which he drops the term “SUBSTANTIAL ERROR” numerous times, and thinks aloud about the Mazza Thesis. How ’bout that?

Americans aren’t much interested in snooty-pants European stuff like coats of arms, the study of which is called “heraldry”, so this compelling visible datapoint has flown under the radar outside of Europe.  BUT, it actually is a big deal, because we all agree that the Vicar of Christ is not only an Absolute Monarch, he outranks all other kings on earth, and, as SuperNerd likes to point out, and it is absolutely true, the entire physical universe is his jurisdiction, including low earth orbit (which currently has human presence), the Moon, and Mars.

The reason that Papal Heraldry has come up is because a prominent Italian Vaticanista whom you might remember from his ARSH 2018 book in which he argues that Pope Benedict is the Pope, Antonio Socci, has published a piece on another prominent Italian Vaticanista’s website, Stilum Curiae by Marco Tosatti, in which Socci states the following as the last item in a LONG list of indicators that Pope Benedict has and intended to remain the Pope:

Vatican journalist Saverio Gaeta has noted that “on Pope Bergoglio’s coat of arms the pallium is missing, while it is present on the coat of arms of Pope Ratzinger: an element that in Vatican symbology is decidedly not negligible.

“Decidedly not negligible” is nuclear-strength understatement, folks.  Coats of Arms are AGONIZED over by professional, career heraldists.  There is no possible way that the team of heraldists who worked on Bergoglio’s “Papal” coat of arms just FORGOT the pallium.  I can tell you right now: they had to be ORDERED, almost certainly over their protests, to delete the pallium from what they thought was a papal coat of arms.

Here is a real-time screen cap of the Vatican.va webpage of the official “Coat of Arms of Pope Francis (sic)”. Also note that the Papal Style, “His Holiness” is not used. Search and search all you like, there is NO PALLIUM on Antipope Bergoglio’s “papal” coat of arms. 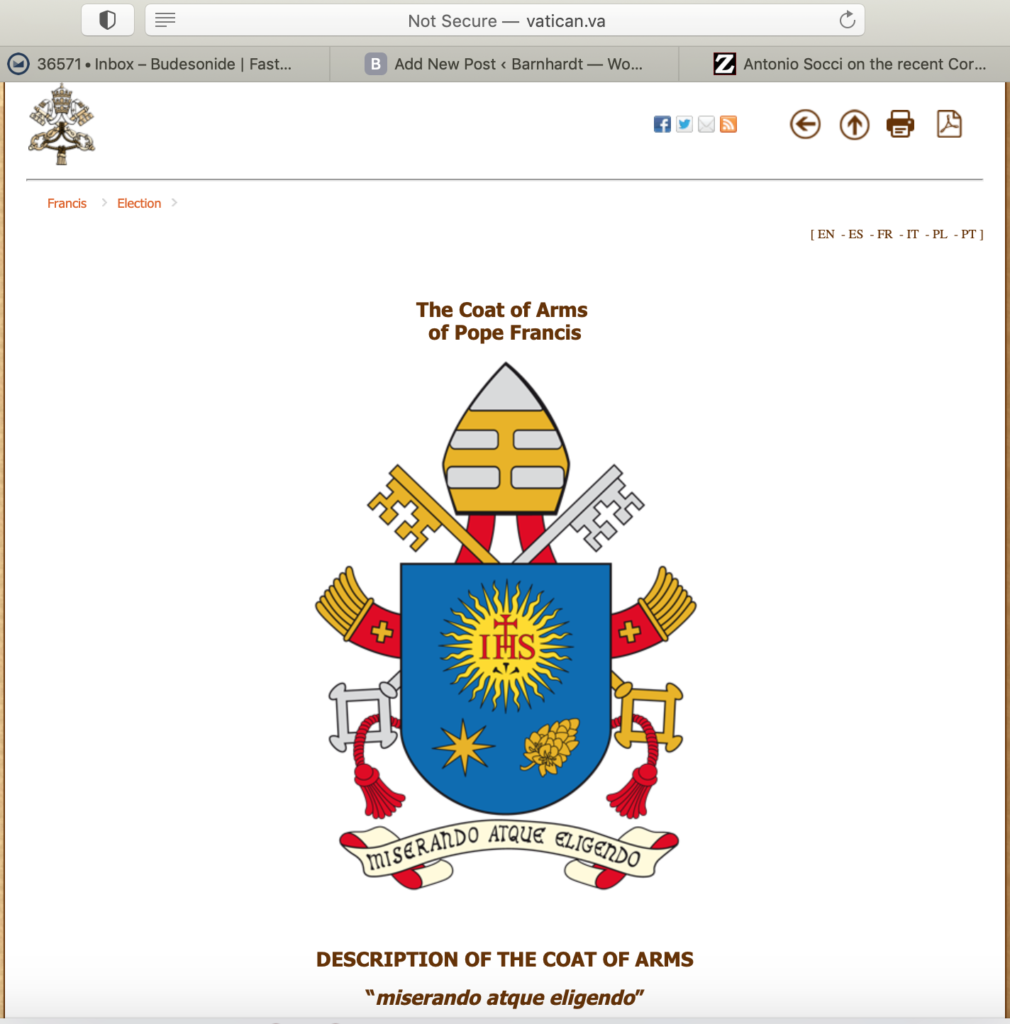 And, GUESS WHOSE COAT OF ARMS STILL HAS THE PALLIUM, TO THIS VERY DAY?

Yup. Pope Benedict XVI, gloriously reigning (whether he likes it or not).

Here is the real-time screen cap of the Vatican webpage of “Coat of Arms of His Holiness Benedict XVI.” See the pallium, the white stole-like thing with the three red crosses on it at the bottom?  That’s the Papal Pallium. 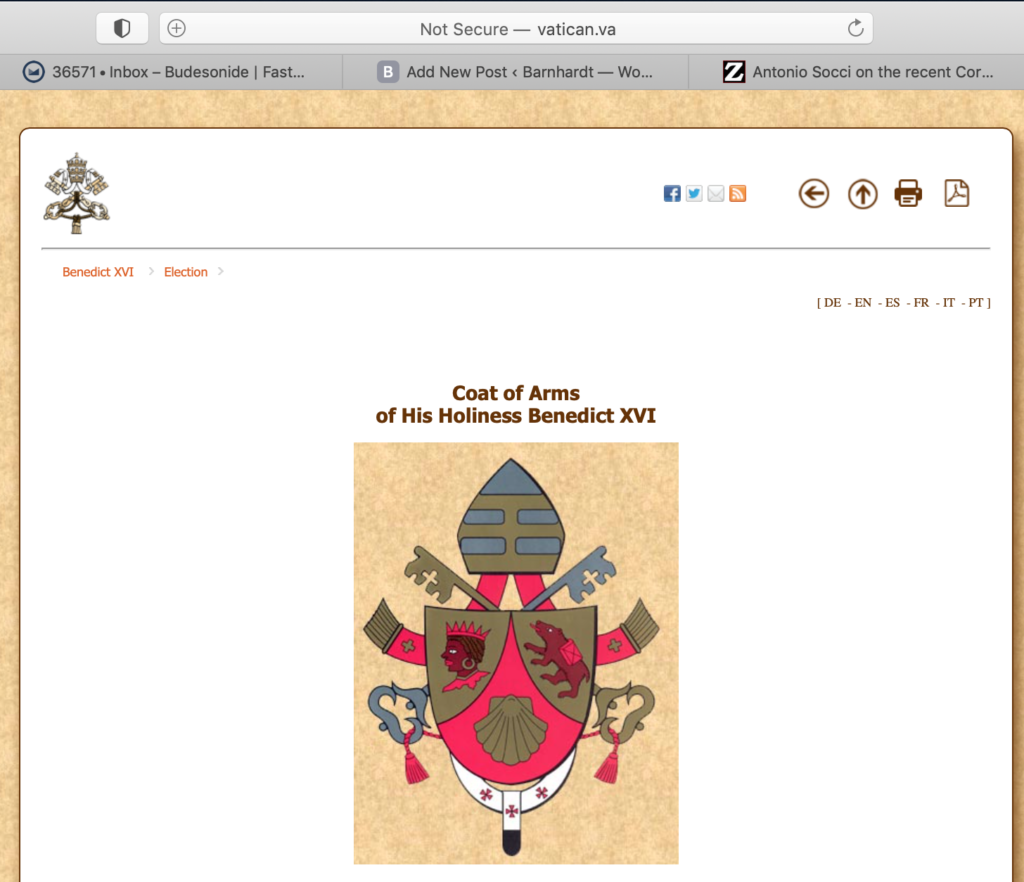