This is essentially a form letter that apparently has gone out all over the world. This version is to the Diocese of Knoxville, TN, and I also saw just yesterday essentially the same letter in Italian sent to a TLM parish in Italy. 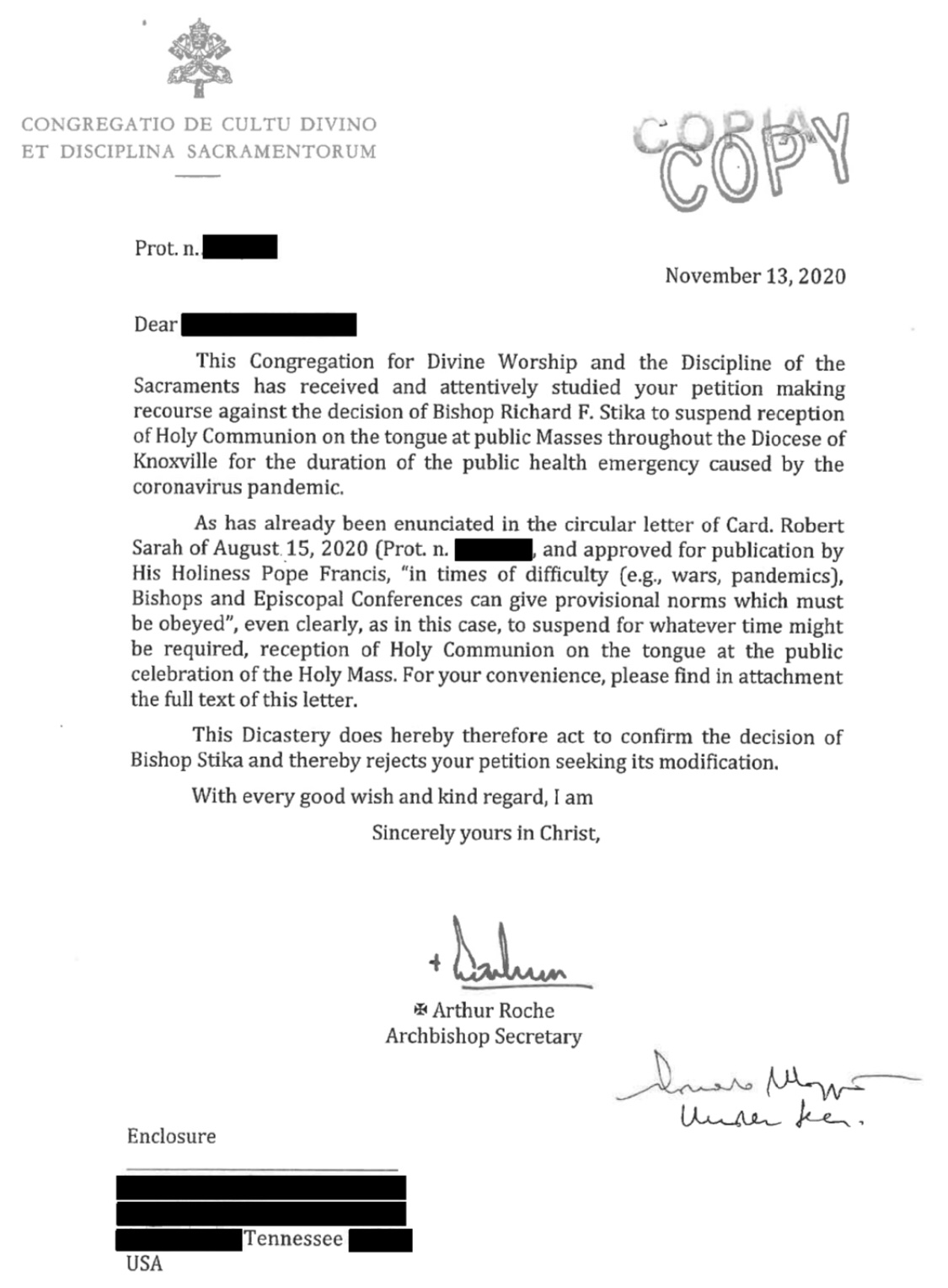 The word is that this is Antipope Bergoglio’s PERSONAL project, to ban the non-sacrilegious reception of Holy Communion everywhere on Earth, permanently.

Because… all together now… Bergoglio is not and never has been the Vicar of Christ because Pope Benedict NEVER VALIDLY RESIGNED, and Antipope Bergoglio gives EVERY INDICATION of being the False Prophet Forerunner of the Antichrist.

Antipope Bergoglio hates and despises God, most ESPECIALLY in the Most Holy Sacrament of the Altar, and His Holy Church, and is attempting to destroy the Church Militant. 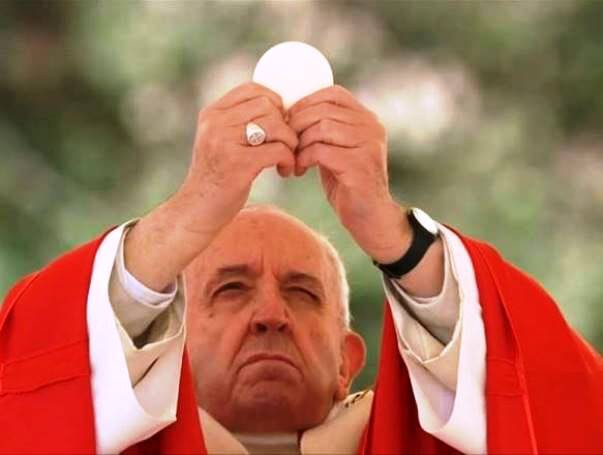 The solution to this for the faithful is to NOT RECEIVE HOLY COMMUNION in any aberrant method. Make a spiritual Communion at public Mass.

Also, let it be said that the SSPX is a very viable option. 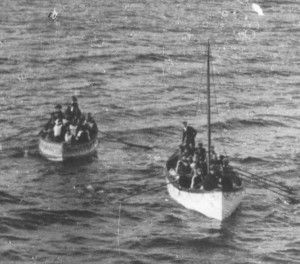 The fact that Antipope Bergoglio is an arch-heretic IS A VISIBLE SIGN that Pope Benedict’s attempt to partially resign was invalid, and thus the faux-conclave of ARSH 2013 did nothing but vomit forth an Antipope usurper. Again, Antipope Bergoglio’s heresy and apostasy isn’t the reason why he is an Antipope. It’s just a massive VISIBLE SIGN that Pope Benedict never stopped being the Vicar of Christ.

Bergoglio CAN NOT be “deposed for heresy” because he does not and never has OCCUPIED THE SEE. The entire “depose him for heresy” tack is a total non-starter, based on a false base premise that will yield even more chaos.

Of course Bergoglio is a heretic. No serious person questions this. But that isn’t the ROOT issue. The root issue is that Pope Benedict never validly resigned.

If we don’t get this right and acknowledge the whole problem at its root, namely that Bergoglio has never had any part in the Papacy, then when Antipope Bergoglio “goes away”, IF Pope Benedict is still alive, any conclave that is called will be totally invalid as well, and then we will have ANOTHER Antipope, who will be decades younger. The Chinese Communist Party, who is already bankrolling the Vatican to the tune of $2 billion per year, has tapped the Filipino arch-heretic imbecile and high-stakes gambling addict (and thus already under the coercion of the Chinese mafia in Macau) Chito Tagle as the next Antipope.

Isn’t it interesting how people who are financially dependent upon the Church, even tangentially, will discuss 1958 sedevacantism, and are openly publicly enamored with the schismatic Eastern Orthodox all of a sudden, but categorically refuse even the mere discussion of the canonical validity of the most patently bizarre thing to happen in the Papacy in 2000 years – an attempt by a Pope, now known to be under coercion, to only half-resign.

St. Michael the Archangel, guardian of the Pope, pray for us.