Denninger has picked up on Ivermectin and posted on it HERE.  His take is: “This entire CoronaScam situation could be over in ONE WEEK.”

No, I no longer personally own any cattle, but, hey, I might change my mind at any time, so yeah.  I went ahead and bought two bottles of 1% injectable form livestock IVOMEC.  No, you don’t need a “prescription” to buy IVOMEC.  You just walk in and buy it, or buy it online.  Who knows if someone in your area might need it?  It can’t hurt to have it.  Children have no need of it.  The dose is 1.25cc for an adult man, taken ORALLY, as in squirt it into your mouth, every 3 months or so as a prophylactic.    People who are over 60, overweight or otherwise weak might consider it.  Since Ivermectin is dosed to humans by the billions of units and is thus one of the safest drugs in the world, this isn’t exactly risky. The ten random controlled studies done this year had 100% results both as a prophylactic and as a treatment.  Dr. Kody called the treatment effects “miraculous”.

Ivermectin is taken by humans almost universally in the third world as an anti-parasitic (which is its use in livestock as well).  THIS IS WHY THERE HAS BEEN STATISTICALLY ZERO CORONACOLD IN AFRICA AND INDIA. MYSTERY SOLVED. This is why it is one of if not THE most dispensed drug for humans in the world.  It is far safer than Tylenol, which is one of the most common means of suicide in the First World – one bottle of Tylenol plus one bottle of vodka equals liver failure and death.  I don’t see much of anything about Ivermectin overdose, much less lethal overdose.

Like Hydroxychloroquine, Ivermectin is being banned and suppressed and vilified by the Gates/NewWorldOrder/Antichurch cabal because they DON’T WANT there to be ANY “cure” or even therapy for ANY respiratory infection.  They want sickness and death in the highest quantity possible.  This is a tell-tale sign that this is a massive global-scale Munchausen by proxy operation.  I once knew a person with a serious case of Munchausen syndrome (self-induced illness) via orthorexia nervosa (intentional self-starvation citing fictitious “allergies”).  The biggest tell that the person wasn’t actually allergic to anything as they claimed was the fact that they would react with anger whenever any mention was made of “getting better”, “feeling better” or living any sort of a normal life. Sound familiar? This person desperately wanted to be “sick” and found the very idea or suggestion of not being “sick” forever to be rage-inducing and a threat and personal betrayal. Ring any bells? All they were interested in were the obvious placebos sold to them at exorbitant prices (one was table salt that they were paying $448,000 per ton [$14.00 per ounce] for – salt costs $45 per ton [$0.0014 per ounce], by the way) by their witchdoctor “chiropractors”, and that everyone around them enable and participate in their theatrics. Deja vu, anyone? Uh-huh.  Baron von Munchausen, please pick up a white courtesy telephone.

Furthermore, the FEDGOV can’t give emergency use approval with essentially no testing to these “vaccines” if there is a treatment already on the market and available.  Because the “vaccines” are a massive money-laundering scam AT BEST, and toxic sterilants at worst, ALL alternatives MUST be banned, suppressed and vilified.  Again, if there were actually a “pandemic”, people in power would be saying, “Heck yes, let’s try ANYTHING that might work!”  But since there is no pandemic and never was and it is all a premeditated scam to install permanent totalitarianism, none of them have the slightest interest in anything that might help the elderly not be stricken with a coronavirus or other seasonal respiratory bug, much less an effective treatment for people that might already have a viral pneumonia. In fact, they will intentionally incite infection in nursing homes in order to kill the elderly and generate inflated death counts.

One final warning: as the Gates/NewWorldOrder/Antichurch cabal realizes that people are finding out about Ivermectin, they will ban and take off the market all Ivermectin products for livestock and pets.  This will result in a catastrophic increase in livestock parasites, which will cause livestock production costs to increase via increased morbidity and death loss as well as reduced feed conversion as animals have to fight parasites, and thus will cause the price of meat to increase, and cause livestock producers to go out of business.

This is the largest crime against humanity ever perpetrated.

It will never, ever end without war or supernatural intervention. There is no third option. 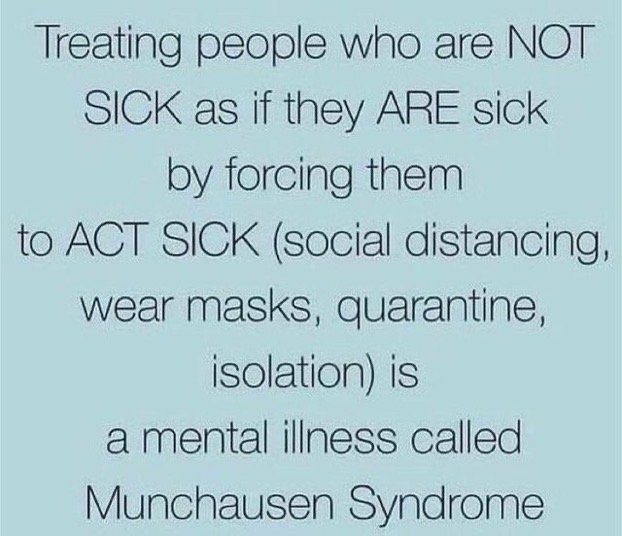