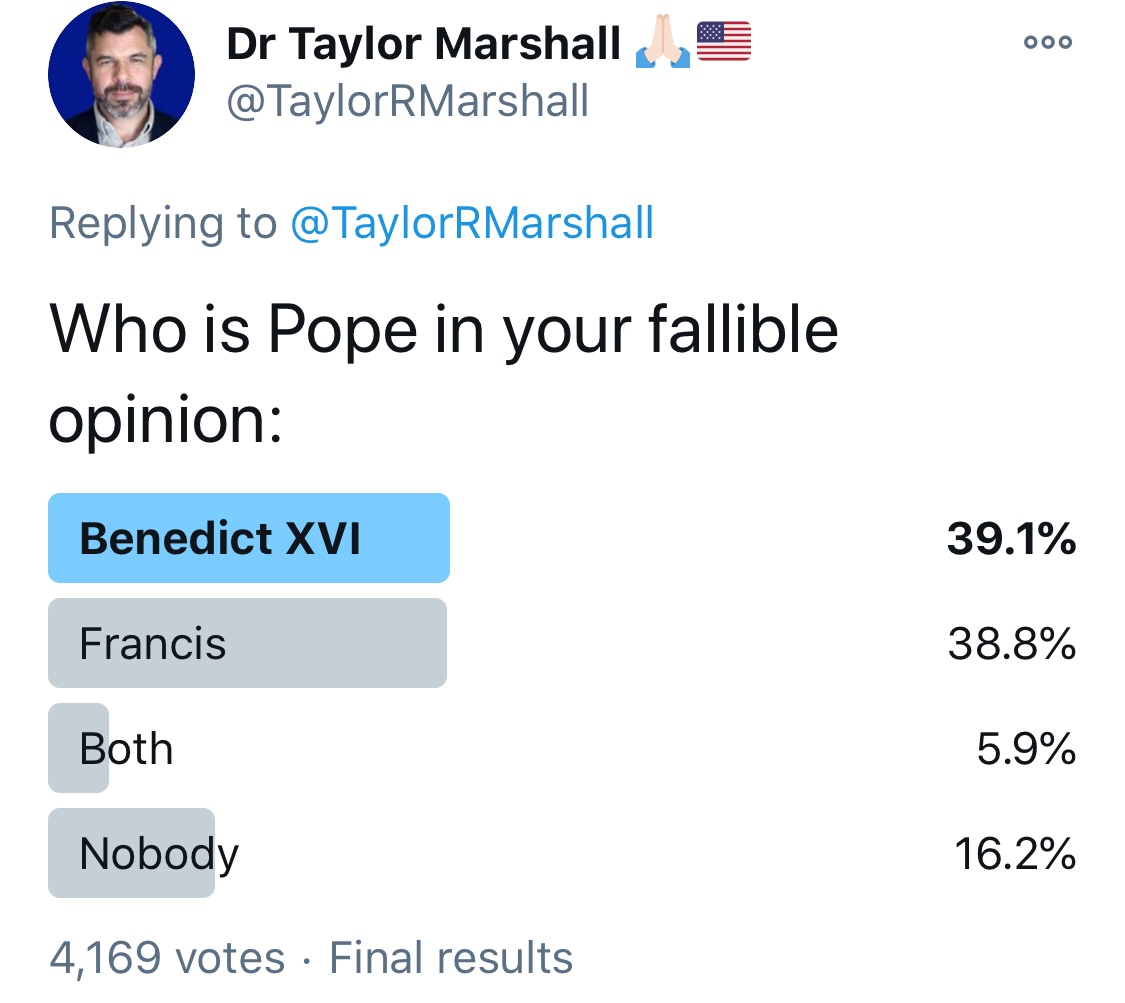 This poll speaks for itself. A plurality of Traditional Catholics today believe Pope Benedict is the one true Vicar of Christ and that Jorge Bergoglio is an Antipope.

You have been gaslighted, bullied, censored and browbeaten into thinking that you’re alone, and only a few “fringe whacks” hold this position, when in fact MOST of the people around you in the Latin Mass Remnant have engaged the massive dataset and canonical argument and come to exactly the same logical conclusion, or at least strongly suspect it.

Remember the Good Shepherd Discourse: the SHEEP must discern the Voice of the Stranger. To knowingly follow and demand submission to KNOWN WOLVES and FAITHLESS HIRELINGS is the behavior of a CULT. Sadly, widespread pathological effeminacy and sloth has created a population of people who are not only susceptible to cult dynamics, but actively seek it out in their lives so that they don’t have to ever grow up, make decisions, take responsibility for themselves, shed their victim mentality, or especially go to war.

ABSOLUTELY EVERYTHING about the Bergoglian Antipapacy is and has been HIGHLY VISIBLE all along, including the Canon Law that confirms the invalidity of Pope Benedict’s partial faux-resignation.

Pray for Pope Benedict, the one and only Vicar of Christ since ARSH 2005, the Papacy, and Holy Mother Church.