{Update 29 September, ARSH 2020, Michelmas. To many peoples’ horror, but not surprise, the Apostasy of Trad Inc. is now moving at breakneck speed. Intransigently holding the false base premise that “Francis” is Pope inevitably leads to schism (denying the Papacy, going Eastern Orthodox), but swiftly thereafter denial of The Church in toto. Yes, we are talking full-blown apostasy. Folks, FLEE THIS MADNESS. Fast and pray. Do NOT for a second engage or entertain this obvious diabolical disorientation, all the fetid fruit of intransigently holding an obviously, VISIBLY false base premise, namely that Jorge Bergoglio is now or ever has been the Vicar of Christ. You will know them by their fruits. You WILL know them by their fruits. -AB} 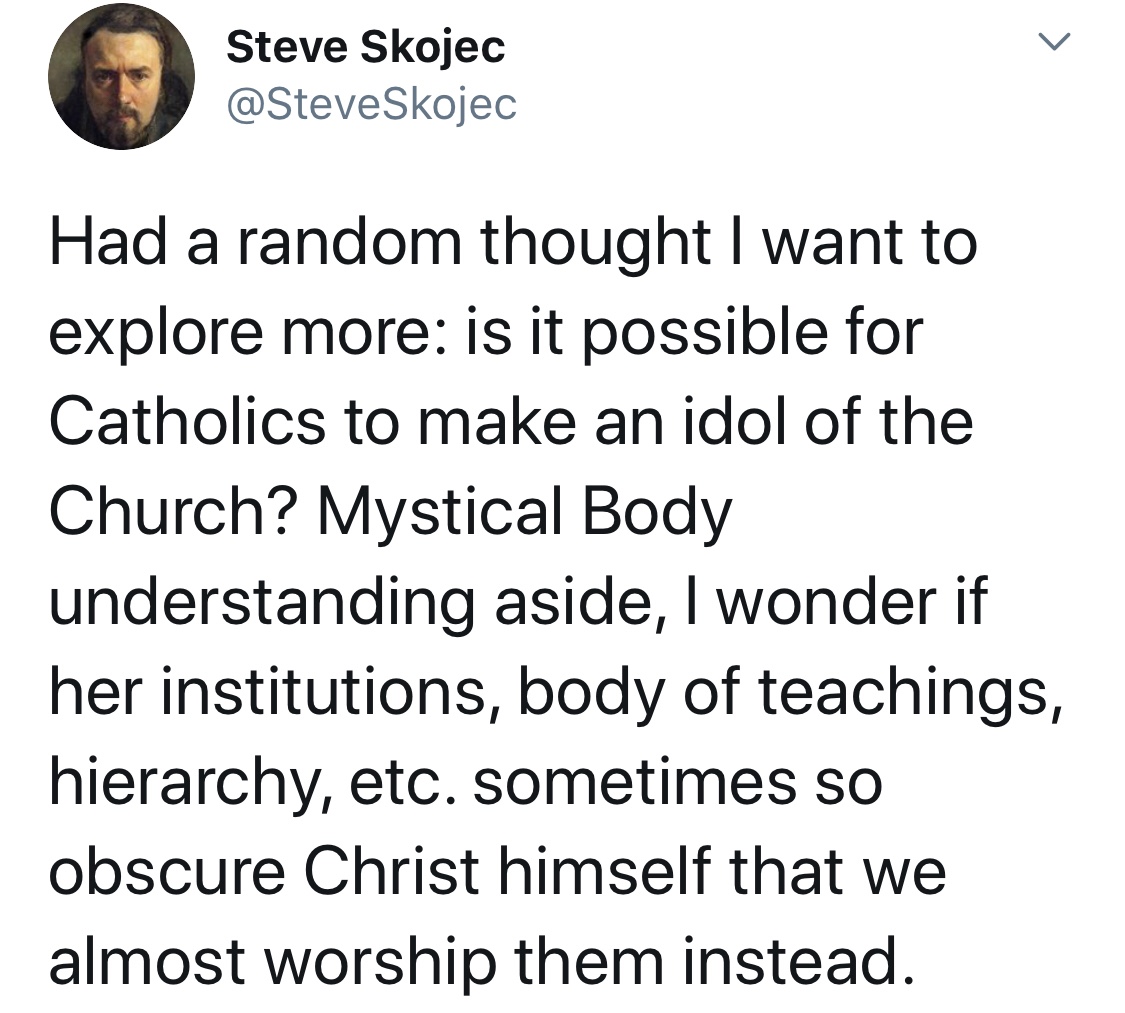 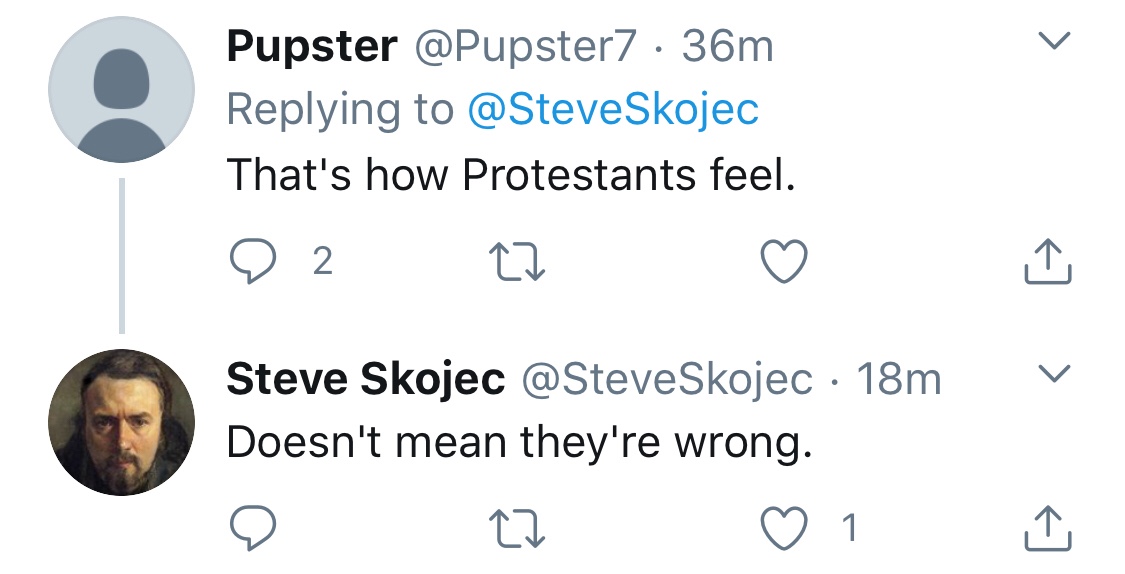 I repost this as attacks on the PAPACY ITSELF by so-called ‘Trad Inc. thought leaders’ escalate as they, sadly, careen towards apostasy. That’s right. These people are talking behind closed doors about total apostasy – as in there is no Church, and either no God, or if there is a God, our conception of Him is totally wrong. Sedevacantism is peanuts compared to apostasy, which is where the false base premise of Antipope Bergoglio being or ever having been the Pope invariably leads. It leads to a denial of the Divinity of Christ – total apostasy by definition. I’ve been ranting this for years now.

Sadly, I can’t say I’m surprised. But, the priority now is mitigation of the damage that this is causing (especially this dripping hatred of the Papacy in se) and the terrible damage and scandal that will come if and when these ‘Trad Inc. thought leaders’ actually publicly apostatize. God forbid.

Words have meaning, especially when they come from the lips of Our Lord and Savior in the Gospels.

Pray for Pope Benedict XVI, for the Papacy, and for Holy Mother Church, of which the Pope, Christ’s Vicar on earth, is the visible and supernaturally protected head, whether he likes it or not.)

“If holding the base premise that Jorge Bergoglio is now or ever has been the Pope requires you to:

-Tear down and deny the authority of the papacy… CHECK

-Deny the dogma of the indefectibility of the Church… CHECK

-Deny Papal Infallibility, that is, Vatican I, and thus believe that Christ has broken His promise, and thus deny Christ’s Divinity… CHECK

-Go against every saint and Church father… CHECK

-Deny visible, objective reality as we have covered in this presentation… CHECK

–Violate the Law of Non-contradiction… CHECK

-AND, change your own position 180 degrees. All these people on the “conservative” and “Trad” right, six years ago today when Pope Benedict was living in the Apostolic Palace, and plotting his faux-resignation, every one of these people would have defended the Papacy, Papal Infallibility, I mean, it was just a common thing. You believed it.  Now these people have turned 180 degrees and are on a daily basis attacking the Papacy. 180 degree turn.  With all of these criteria here above. 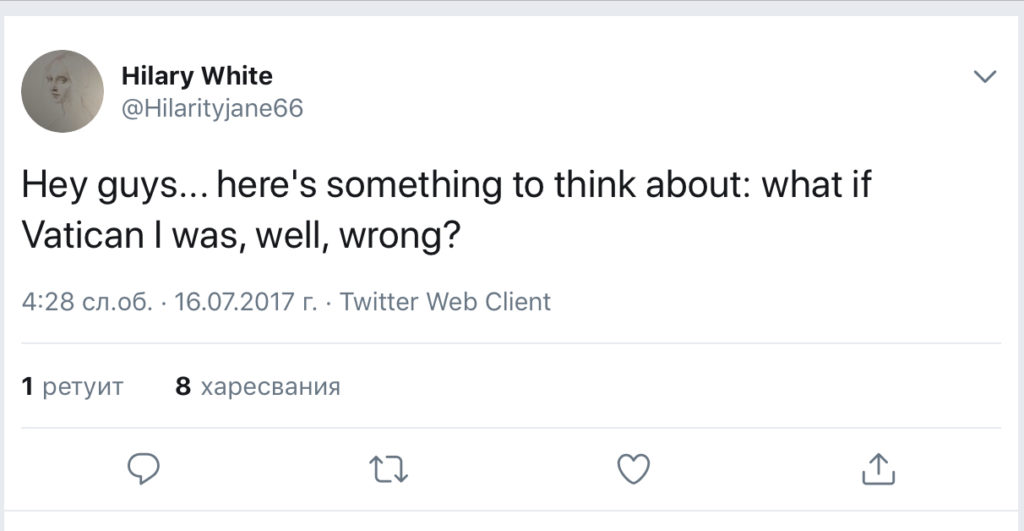 Holding positions that necessarily lead almost immediately to a denial of the Divinity of Christ.  COME ON!

How could you NOT begin from the assumption that the error must be with YOUR base premise, and NOT with God, His Holy Church, and His saints?  How could you sit here and it not INSTANTLY occur to you that YOU must be the one that is wrong?

‘I must be holding a false base premise.  There MUST be something wrong with my assumption that Bergoglio is the Pope. Not with the Papacy. Not with the Church. Not with the saints, not with anything else.’

I am hard-pressed to think of a group that has been a bigger failure over the past century than theologians and canon lawyers… and yet.  AND YET.  We’re all supposed to bow and scrape to them? You can’t even think THIS through?  It hasn’t even occurred to you that maybe the problem isn’t God, His Church and all the saints – maybe, maybe the problem is with YOUR base premise?  A group of people who have done nothing but fail for almost a century now, that is theologians and canon lawyers.”