The girl who is declaring that she is leaving for the Eastern Orthodox Schismatics (they are Schismatics because they deny the Primacy of Peter in and of itself, not the identity of the Vicar of Christ) gets a response from a Trad Inc. partisan that is a flagrant, egregious, obvious violation of the Law of Non-contradiction: that the principle of unity and thus standard of schism, the Vicar of Christ, Peter and his successors, promised by Christ Himself a supernatural negative protection, confirmed by the infallible ecumenical council Vatican I by the infallible definition of the dogma of Papal infallibility, is SIMULTANEOUSLY the Vicar of Christ with whom all Christians MUST be in union, AND at exactly the same time an apostate. In other words, a thing and its negation. Both A and not A.

This is SHEER, UNADULTERATED MADNESS, and this is why the girl is absolutely going to go to the Eastern Orthodox if this irrational lie is not corrected, because she thinks that the truth is what the Trad Inc. partisan says, and thus the girl is convinced that the One True Church is a crock. Because nothing that is built upon a foundation of an obvious violation of the Law of Non-contradiction can possibly be “true”.

FALSE BASE PREMISES YIELD LOGICAL TRUTH TABLES RIDDLED WITH ERRORS, LIES and OBVIOUS VIOLATIONS OF THE LAW OF NON-CONTRADICTION.

Would someone reach out to the girl shown here declaring that she is going to the schismatic Eastern Orthodox and explain to her that Pope Ratzinger’s putative resignation was canonically invalid twelve ways from Sunday and thus Pope Benedict is the one and only living Pope, and has been since April ARSH 2005? Please. In your fraternal charity. Don’t let this gal be pushed into damnation by these lies. Fight for souls! 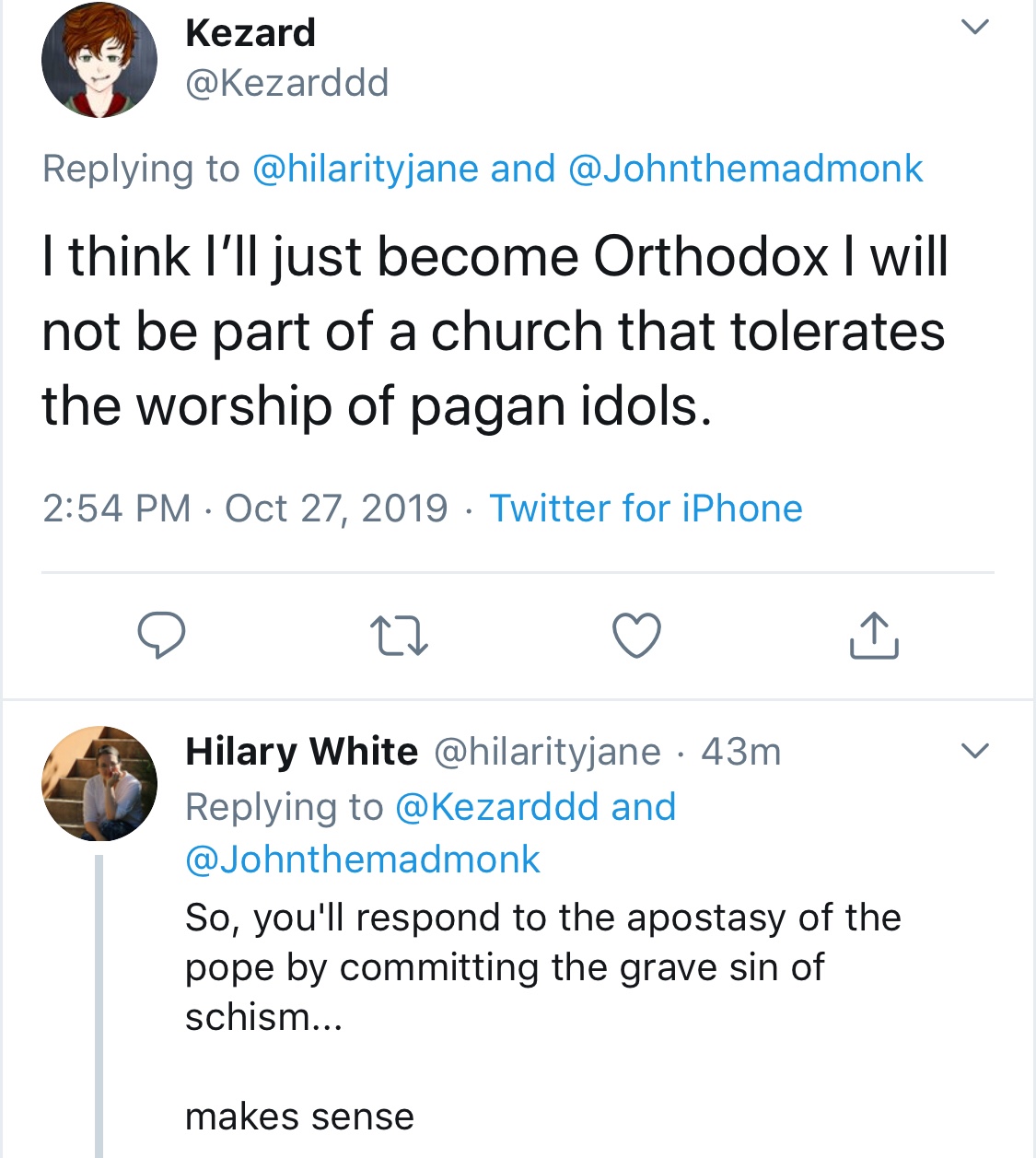 Update over the transom from a reader:

Thank you, Ann. You put the truth forward in a simple, short argument. I was one of those who wondered if I should leave.