(Originally penned and posted in January ARSH 2017, long before anyone heard the name “Viganò” or considered a global interdict even possible. Reposted by request.)

When I was a kid, we had two Mexican fast-food joints: Taco Grande and Taco John’s.  Then, when I was about ten, Taco Bell came to town and built from a dirt-start a brand new Taco Bell on a formerly empty lot.  I never liked Taco Bell, and never ate there.  I preferred Taco John’s.

Fast-forward in the story 12-15 years.  I am now in my early 20s, have been gone from the Kansas City area for many years, and have given exactly zero thought to the hometown Taco Bell.  I get a call from someone back in the ancestral homeland who tells me, “Hey, they razed the Taco Bell – went in with dozers and scraped it.”

“What happened? Did it burn?”  After all, why would they raze a building that was less than 15 years old?  Surely there must have been a fire, and razing the remains was the cheapest option, right?

It turned out that inspectors had discovered that the building was so filthy and thus so overrun with cockroaches that even intense treatments from professional fumigation and pest-control firms were ineffective in clearing the building of cockroaches.  So, the only path forward was to raze the building, haul away the cockroach-infested debris, apply pesticide to the pad and surrounding area, and build a brand new building.

Folks, this is what is going to have to happen in Rome.  Because people have failed to take any meaningful steps against the infiltration of sodomites into The Church, and especially in Rome itself, Rome is now like the Taco Bell – the only way to clear Rome of the faggots is to destroy Rome.

The faggots are absolutely everywhere in Rome, and as much as it pains me to say it, some of the worst, most spectacularly evil, most notorious, sacrilegious, and most enthusiastic of them are on the so-called “right” or “conservative” or “traditional” side of the spectrum.  And it makes sense.  Where can satan still do the most damage? Where does it benefit satan to hide at this late hour? Amongst the Remnant Church.  As long as they remain hidden, like the filthy cockroaches they are, they can continue to privately scandalize, subvert and sabotage.  If they are publicly exposed, the resulting scandal will cause even more people to either leave The Church (usually for Eastern Orthodoxy or sedevacantist cults) or to lose their faith entirely. Either way, satan wins.

Fifty years of looking the other way, not saying anything, treating homosexuality as a joke or a novelty, when it is, in fact, a never-sufficiently-execrated depravity and a capital crime, and specifically in Rome, where faggots are literally meeting up for sacrilegious sodomy INSIDE ST. PETER’S BASILICA, and then turning around and serving the Holy Sacrifice of the Mass or Divine Liturgy a few hours later across town, now the cockroaches are coming home to roost. It is too late get rid of them one-by-one, because they saturate the structure.

If you do your duty and keep the structure clean, you won’t get cockroaches.  If you aggressively attack and exterminate cockroaches at their first appearance, you have a chance to save the structure.  If you pretend not to see them, laugh them off, or even call them “cute” and “harmless”, or worst of all say, “That isn’t a cockroach!  That is a fluffy little bunny! How dare you say that sweet, innocent, fluffy little bunny is a cockroach!”, they will eventually necessitate the complete demolition of the structure. 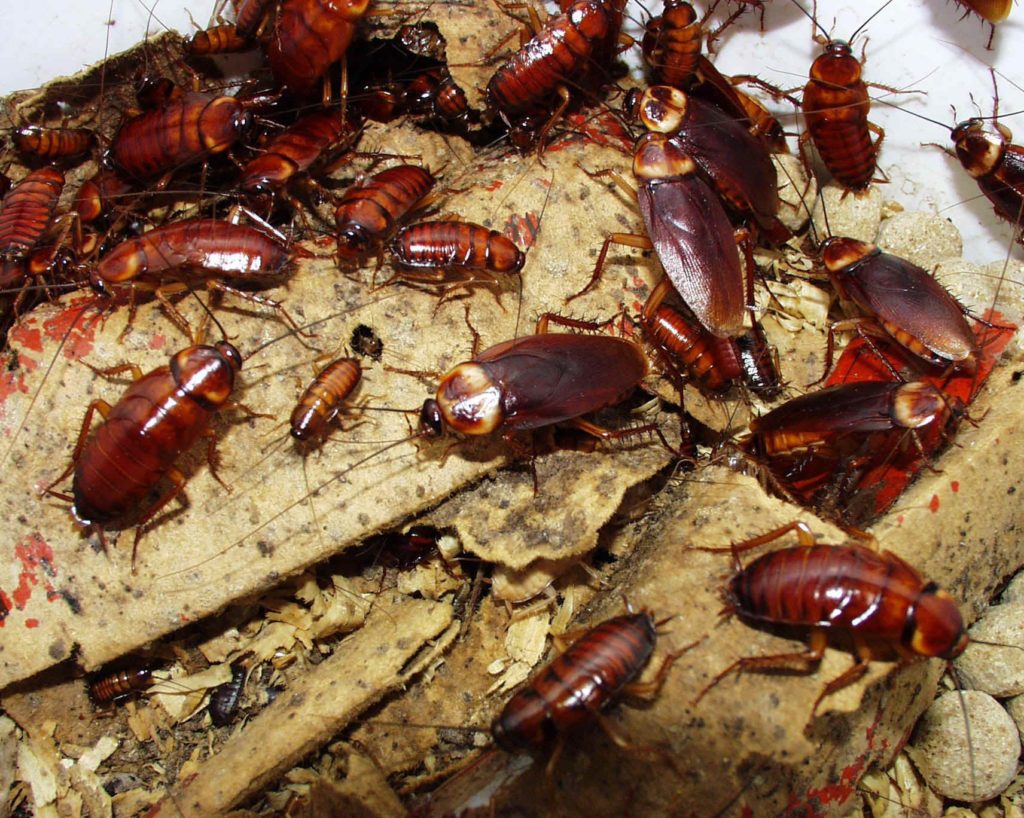 “Those aren’t roaches! They’re fluffy bunnies that talk funny and act like girls because they are so intelligent and misunderstood!”

And only after the complete destruction of the structure will rebuilding be possible. And that is where we are.  We have failed spectacularly to keep the Church clean, and when the first signs came, we denied there was a problem.  Now, God will do what we refused to do.

The aching tragedy in all of this is that a Taco Bell can be thrown back up in a matter of weeks.  The Sistine Chapel and the rest of the artistic, cultural and ecclesial patrimony of Rome can never be replaced.  But, as we all heard when we were children, “THIS is why we can’t have nice things – because you won’t take care of them.” Indeed.  The chastisement is coming, and it is for all of us, because we have all been complicit in our silence and negligence.  In The House of The Lord, EVERYONE is responsible for helping to keep things clean. 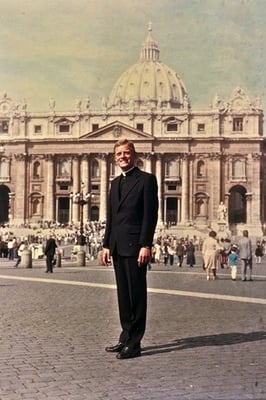 Donna Wuerl(pool), Vatican It Girl, circa ARSH 1970
Am I lit on my right? I ALWAYS need to be lit from my right.  Do you hear me?  Is my hair okay? I used Aquanet, but damn this Roman humidity.  And if I stand three-quarters like this, does it slim my hips? Hurry up and take the picture, damn you, Cardinal Wright is waiting for his “afternoon snack”, and Auntie Joan can not be made to wait.

For professing themselves to be wise, they became fools. [23] And they changed the glory of the incorruptible God into the likeness of the image of a corruptible man, and of birds, and of fourfooted beasts, and of creeping things. [24] Wherefore God gave them up to the desires of their heart, unto uncleanness, to dishonour their own bodies among themselves. [25] Who changed the truth of God into a lie; and worshipped and served the creature rather than the Creator, who is blessed for ever. Amen.

[26]** For this cause God delivered them up to shameful affections. For their women have changed the natural use into that use which is against nature. [27] And, in like manner, the men also, leaving the natural use of the women, have burned in their lusts one towards another, men with men working that which is filthy, and receiving in themselves the recompense which was due to their error. [28] And as they liked not to have God in their knowledge, God delivered them up to a reprobate sense, to do those things which are not convenient; [29] Being filled with all iniquity, malice, fornication, avarice, wickedness, full of envy, murder, contention, deceit, malignity, whisperers, [30] Detractors, hateful to God, contumelious, proud, haughty, inventors of evil things, disobedient to parents,

**[26] “God delivered them up”: Not by being author of their sins, but by withdrawing His grace, and so permitting them, in punishment of their pride, to fall into those shameful sins.

[31] Foolish, dissolute, without affection, without fidelity, without mercy. [32] Who, having known the justice of God, did not understand that they who do such things, are worthy of death; and not only they that do them, but they also that consent to them that do them.