If only there were some sort of public, visible clues that Bergoglio isn’t and never has been the Pope.

Oh, wait. I guess the past seven years have been daily blows to the head with a two-by-four of exactly that.

And now, we have this gem:

“Lord, you are calling us, calling us to faith, which is NOT SO MUCH BELIEVING THAT YOU EXIST…” 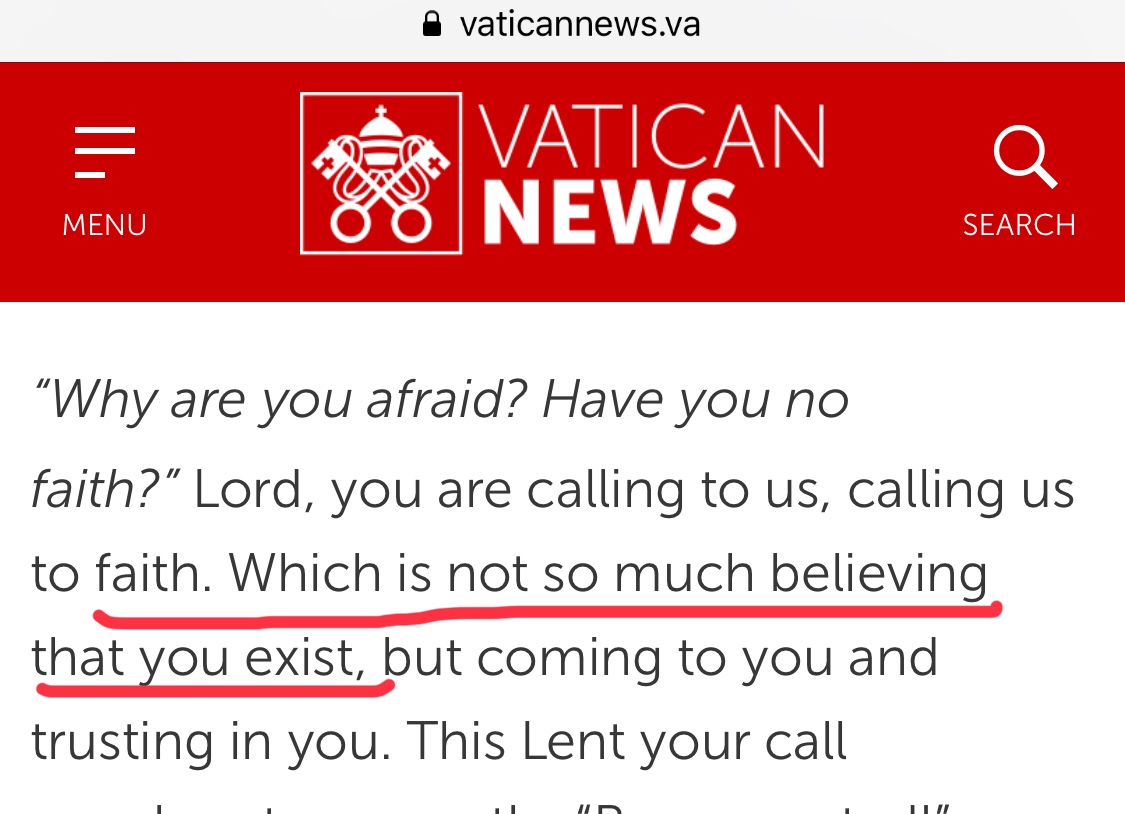 And here’s the Italian. The translation is perfect. 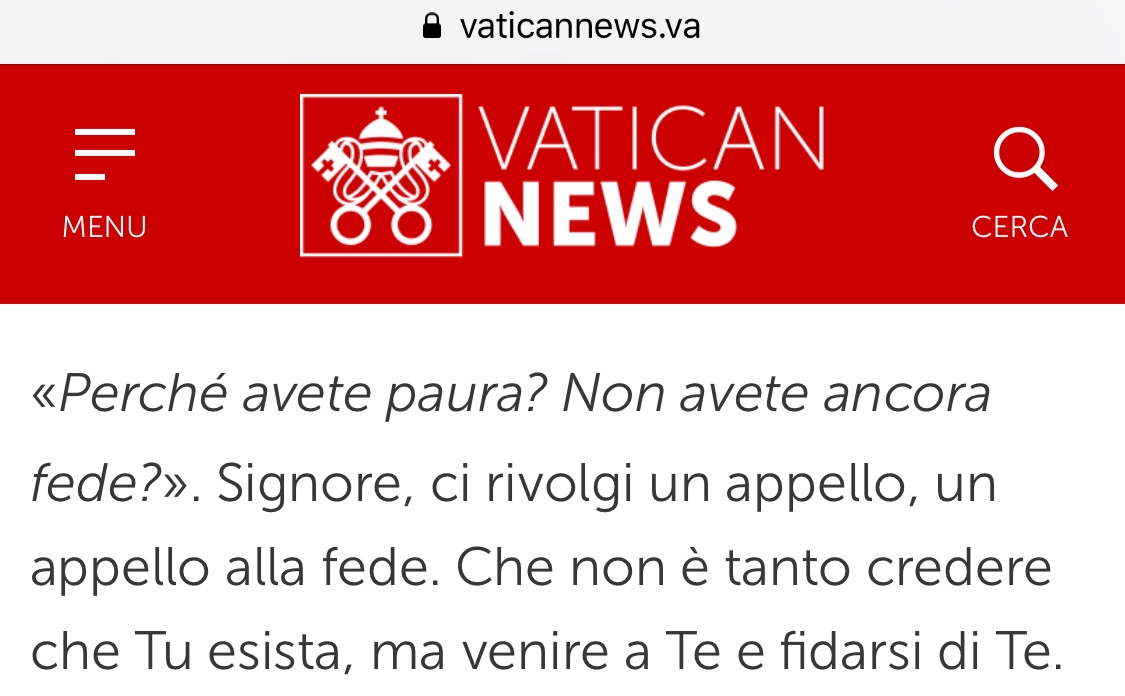 Besides the mountains of evidence that Benedict did not validly resign the papacy and the almost weekly heresy being spewed from Bergoglio, his recent denial of Our Lord’s divinity has got to be the ultimate proof that he is an anti-pope.

I say this because when Our Lord instituted the papacy, he did so on St. Peter’s explicit expression of faith in His divinity.

“And Jesus came into the quarters of Cesarea Philippi: and He asked his disciples, saying: Whom do men say that the Son of Man is?

But they said: Some John the Baptist, and other some Elias, and others Jeremias, or one of the prophets.

Jesus saith to them: But whom do you say that I AM?

Simon Peter answered and said: Thou art Christ, the Son of the living God.

And Jesus answering said to him: Blessed art thou, Simon Bar-Jona: because flesh and blood hath not revealed it to thee, but My Father Who is in heaven.

And I say to thee: That thou art Peter; and upon this rock I will build My Church, and the gates of hell shall not prevail against it.” Matthew 16: 13-18

In other words, the founding of the papacy, and by extension the office of the papacy itself, is directly linked to the expression and belief in Christ’s divinity.

Therefore, when a man claiming to be the pope expressly denies Christ’s divinity, is there any more proof that can be made that he is not and never has been the pope?

Perhaps Our Lord was using Scalfari to again pose the question, “who do you say that I AM?” And perhaps this is the proof most fence sitters needed?

An excellent insertion here are the footnotes in the Douay-Rheims:

“Thou art Peter”: As St. Peter, by divine revelation, here made a solemn profession of his faith of the divinity of Christ; so in recompense of this faith and profession, our Lord here declares to him the dignity to which He is pleased to raise him: viz., that he to whom He had already given the name of Peter, signifying a rock, St. John 1. 42, should be a rock indeed, of invincible strength, for the support of the building of the church; in which building he should be, next to Christ Himself, the chief foundation stone, in quality of chief pastor, ruler, and governor; and should have accordingly all fullness of ecclesiastical power, signified by the keys of the kingdom of heaven.

“Upon this rock”: The words of Christ to Peter, spoken in the vulgar language of the Jews which Our Lord made use of, were the same as if He had said in English, Thou art a Rock, and upon this rock I will build My Church. So that, by the plain course of the words, Peter is here declared to be the rock, upon which the Church was to be built: Christ Himself being both the principal foundation and founder of the same. Where also note, that Christ, by building His house, that is, His Church, upon a rock, has thereby secured it against all storms and floods, like the wise builder, St. Matt. 7. 24, 25.