Here’s the full letter in Italian. This link is also very good as a photo essay demonstrating Gänswein’s ubiquitous presence. Pretty much everything that happens in the Vatican is brokered through and physically stage-managed by Gänswein.

The letter to the editor of La Verità newspaper, from +Viganò, still in hiding for fear of his life, opens thusly:

it is time to reveal the abusive and systematic control exercised by Monsignor Georg Gänswein against the Supreme Pontiff Benedict XVI, since the beginning of his pontificate. Gänswein routinely filtered the information, claiming the right to judge for himself how appropriate or not it should be sent to the Holy Father.

Note the VERY present tense: “the Supreme Pontiff Benedict XVI, since the beginning of his pontificate.”

Oh, and isn’t THIS interesting from Viganò‘s letter:

He [+Harvey] then added that, at the beginning of his pontificate, Benedict XVI, indicating Gänswein to him with his index finger, exclaimed: “Gestapo! Gestapo!”

This unscrupulous attitude was revealed from the very beginning of his pontificate, also in the determination with which Gänswein managed to distance from the pope his precious assistant and secretary, Ingrid Stampa, whom then-cardinal Ratzinger had wanted at his side for well over a decade after the death of his sister Maria Ratzinger.

Furthermore, it is known that to escape this total control exercised over his person by Gänswein, Pope Benedict often went to visit his previous special secretary, Bishop Josef Clemens, inviting Ingrid Stampa to these familial gatherings.

It’s all happening, folks. The Truth WILL OUT.

If a Cardinal were to hold a press conference and make the following statement, the world would change instantly. There would be DOZENS of Cardinals crawling out of the woodwork to support the removal of the CRIMINAL USURPER Antipope Jorge Bergoglio.

All that would be needed to be said would be something like:

“Significant canonical irregularities have been identified with regards to the putative resignation proffered by Pope Benedict XVI in February of 2013. Pending further investigation, a state of emergency suspense is hereby declared.”

Or something in that general vein. Pull the emergency brake. It’s that simple. Do that, and everything changes. Instantly.

Oh, and GET GÄNSWEIN THE HELL OUT OF THERE.

Act, and God will act.

By now, if you have been reading this space, you can probably recite from memory Canon 188: 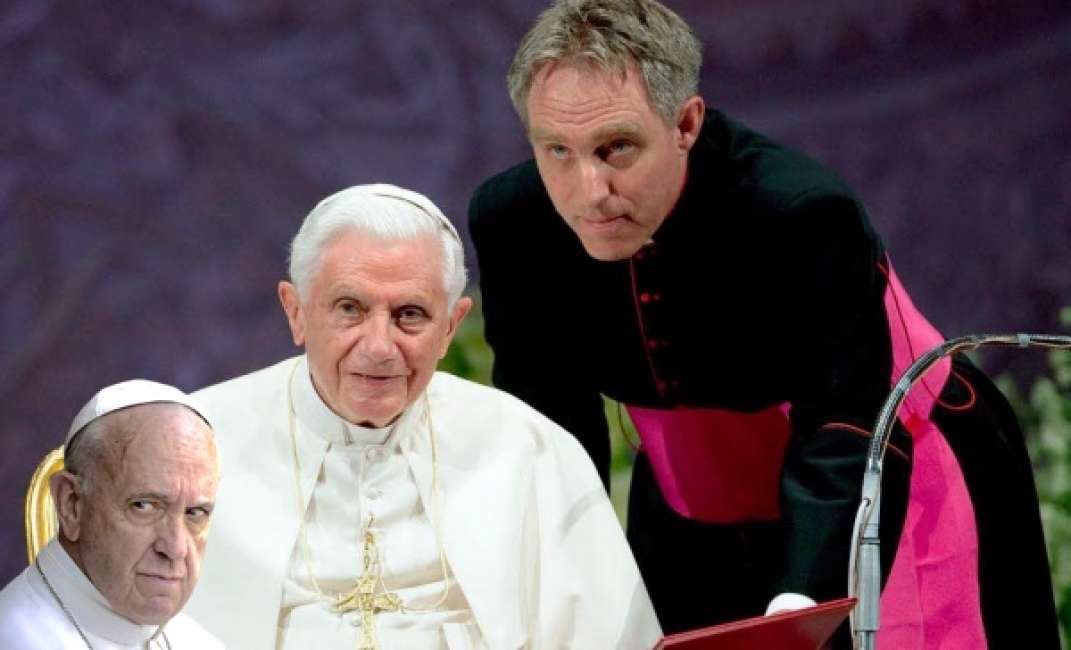