How it is possible that Our Lord and Savior Jesus Christ, being Perfect, Infinite Good, would put the Church Militant in a Catch-22 position of having to be in union with and submission to a “Pope” who is himself an apostate, and simultaneously demands apostasy from the One True Faith in order to be in union with him, wherein we are literally damned if we do, and damned if we don’t?

How is this not a clear violation of the Law of Non-contradiction?

How can a man be both the Standard of Unity and simultaneously the Vector of Schism – that is, ontological antipodes?

(Pssst.  Pro tip: Bergoglio’s heresy is NOT the CAUSE, it’s a CLUE that points backward to the CAUSE.  Ask yourself, “Self, something is CLEARLY wrong with the Bergoglio situation.  DID ANYTHING ODD HAPPEN IMMEDIATELY BEFORE AND LEADING UP TO BERGOGLIO’S “ELECTION??”

The answer will come hard and fast: Yes, only the oddest thing to happen in the Papacy in the 2000 year history of the Papacy – a Pope, under intense pressure and infiltration all foretold by multiple approved apparitions of the Mother of God, attempting to only PARTIALLY resign the papacy, namely the “active governance of the Church”, while “remaining, always and forever” firmly and VISIBLY within “the enclosure of St. Peter.”) 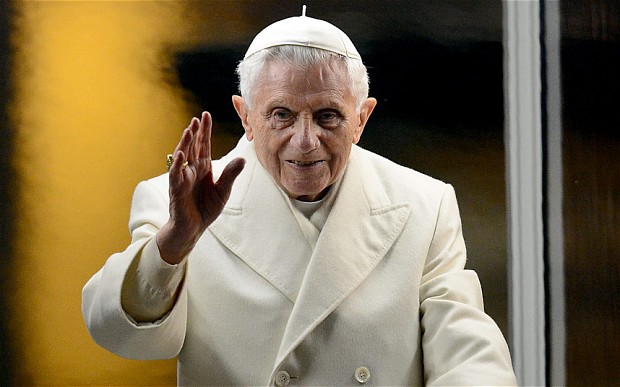