This issue is dual-pronged. First, Antipope Bergoglio. Antipope Bergoglio, in a visible confirmation that he is NOT the Sovereign Monarch of the Vatican City State, renewed his Argentine passport in ARSH 2014. 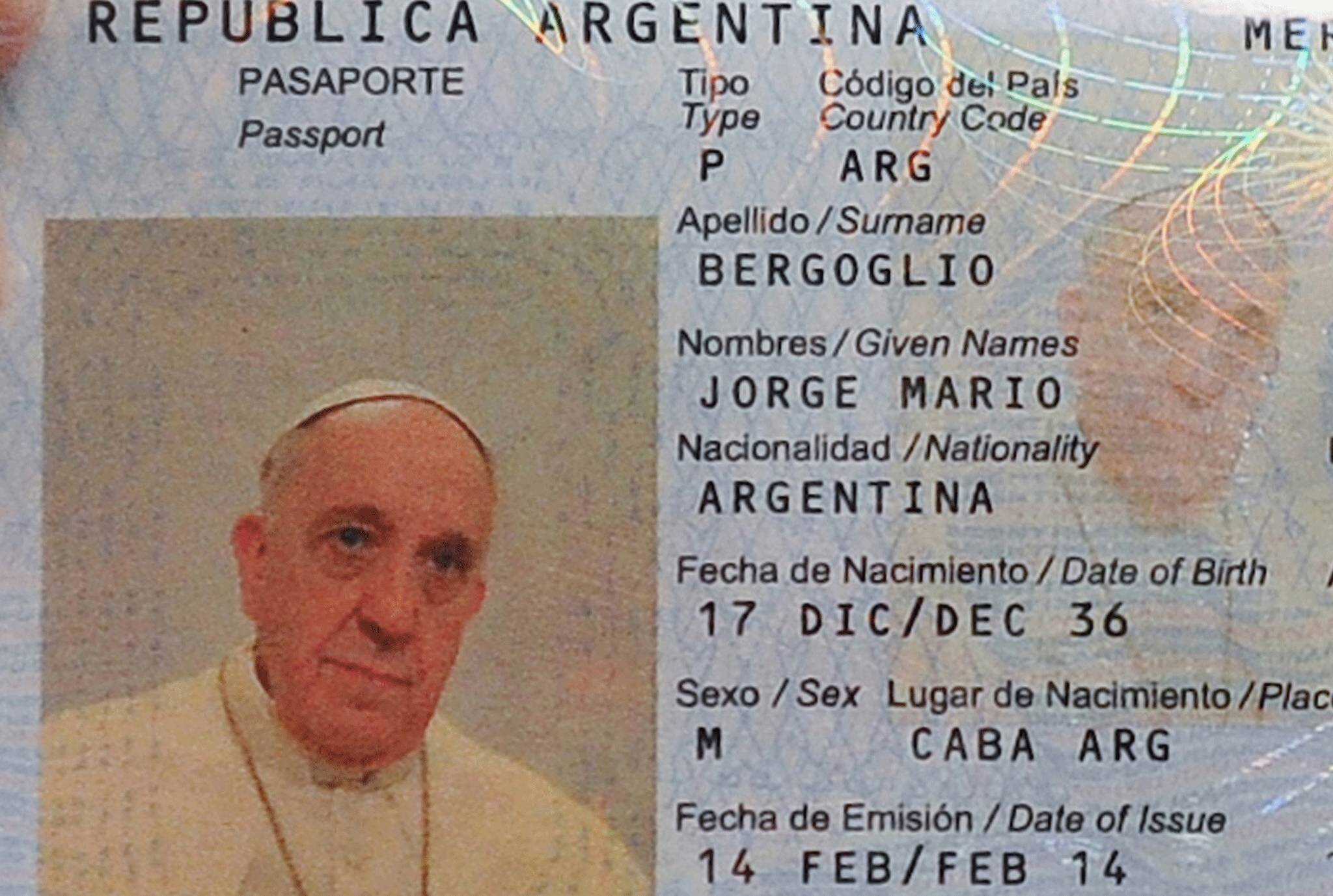 So, in renewing his Argentine passport, under his baptismal name no less, Antipope Bergoglio simply made visible the objective reality: he is not and never has been the Absolute Monarch of the Vatican City State, which is what the Sovereign Pontiff is. Jorge Bergoglio is still very much a citizen of Argentina, because being an Antipope confers zero legal status, and certainly does not automatically cancel one’s citizenship in one’s home country. “Antipope” is not a title – it is a CRIMINAL STATUS, like “murderer”, “rapist” or “embezzler”.

Now, the second prong in this dynamic. When Joseph Aloysius Ratzinger became the Pope in April ARSH 2005, he became the Absolute Sovereign Monarch of the Vatican City State, His Holiness Pope Benedict XVI. In doing this, he lost his German citizenship BY LEGAL DEFINITION.

When Pope Benedict proffered his failed attempted partial resignation in February ARSH 2013, because the attempted resignation was canonically invalid, Pope Benedict never ceased to be the Sovereign Absolute Monarch of the Vatican City State. And so now we see one reason why Pope Benedict did not go back to Germany. He is no longer a German citizen.

I’m not saying that Germany would have blocked him from entering the country. They wouldn’t have. What I am saying is that the Church Militant is VISIBLE at her earthly head, and the Divine Providence has seen to it that Jorge Bergoglio is PUBLICLY, VISIBLY still a citizen of Argentina, and Pope Benedict is PUBLICLY, VISIBLY residing in the only country that he is a citizen of, The Vatican City State, of which he remains the Sovereign Absolute Monarch.

Note the genuflection to the Sovereign Pontiff at the 0:24 mark.

I hope this helps. Pray for Pope Benedict, the Papacy, and the Church!