Preface:
I originally wrote and posted this on March 29, ARSH 2010. This was fully a year before I went viral for the first time after my koran burning. I had a little bit of a non-agricultural readership, but nothing like now. I began screaming and yelling about politics and broad-market economics in ARSH 2008 when I saw that the U.S. was in the process of being overthrown, and lots of agricultural people thought I was nuts, and I doubtless turned a bunch of people off. That’s why I was getting emails from people advising me to watch my mouth and not “get myself crossways with the Powers That Be.”

Getting crossways with The Powers That Be was the making of me. Have I mentioned lately how happy I am in the Van Down By The (Second) River? God is good.

Read this until you get it. Unless and until you people man up and stop cowering in fear, unless and until you fully understand that the only way you can possibly win is being willing to lose everything, up to and including your life, the outcome is utterly certain: evil will triumph. You and your children, grandchildren and great-grandchildren will live and die under satanic totalitarian rule. Yes, Christ will win in the end, but as billions of human beings before you would happily remind you, Jesus Christ returning in glory to grease all of the bad guys before you die IS NOT A GIVEN.

Because bravery and cowardice are a zero-sum game. When a man cowers, he isn’t just merely shielding himself from danger and nothing more. What he is doing is shirking off on to some other man his share of bravery that justice demands. Because the good German people cowered and failed to stand up and stop what they clearly saw happening in the mid-to-late 1930s, their collective failure in courage cumulated and compounded. Where their failure in courage all eventually ended up was on the shoulders of these guys, 75 years ago today. 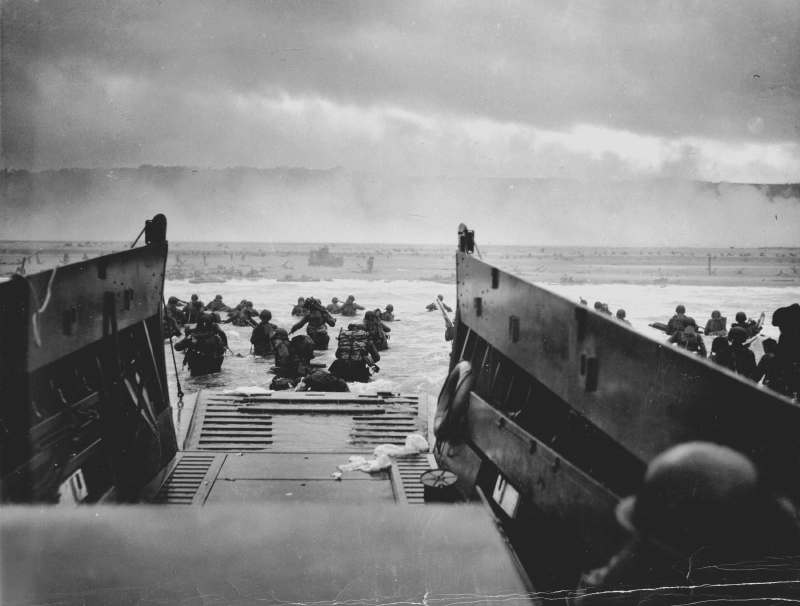 So, why am I so mouthy? Simply put, because I don’t want your son to end up sprawled on some city street with his legs blown off by a Marxist-Islamist-Freemasonic-Bergoglian RPG bleeding to death because he had to shoulder my personal failure in courage. Got it? That is all.

Reaffirmed in perpetuity,
Ann Barnhardt
From the Van Down By the Second River