Sedevacantists have used this text to argue that the See of Peter has been vacant since the death of Pius XII in ARSH 1958. Read it again below, and tell me that an interference in the Papacy by “the great powers”, predicated upon threats of apostasy, assassination or imprisonment, which seeks to ratify and normalize the seven capital sins (they are pride, greed, lust, envy, gluttony, wrath and sloth), by parleying and joining with “the principal institutions in the world inimical to the kingdom of Christ, namely Judaism, Paganism, Heresy, Schism, Mohammedanism, Atheism, Rationalism, Agnosticism, Indifferentism and Com­munism” doesn’t match to a tee what we are living through right now.

Ettore Gotti Tedeschi, the man who was charged with investigating the Vatican Bank has recently said that the stunning levels of corruption and evil by the diabolical human filth infecting and running the institutional Vatican nearly caused him to apostatize, and that he feared for his life.

Remember, NO ONE could have foreseen the events of the past six years, namely the failed partial abdication of Pope Benedict XVI, and the subsequent faux conclave of March ARSH 2013 and ascendancy of Antipope Bergoglio and his coven. “Stranger than fiction” applies here in spades.

Here is the entire book.

Here are screenshots of the key passage. 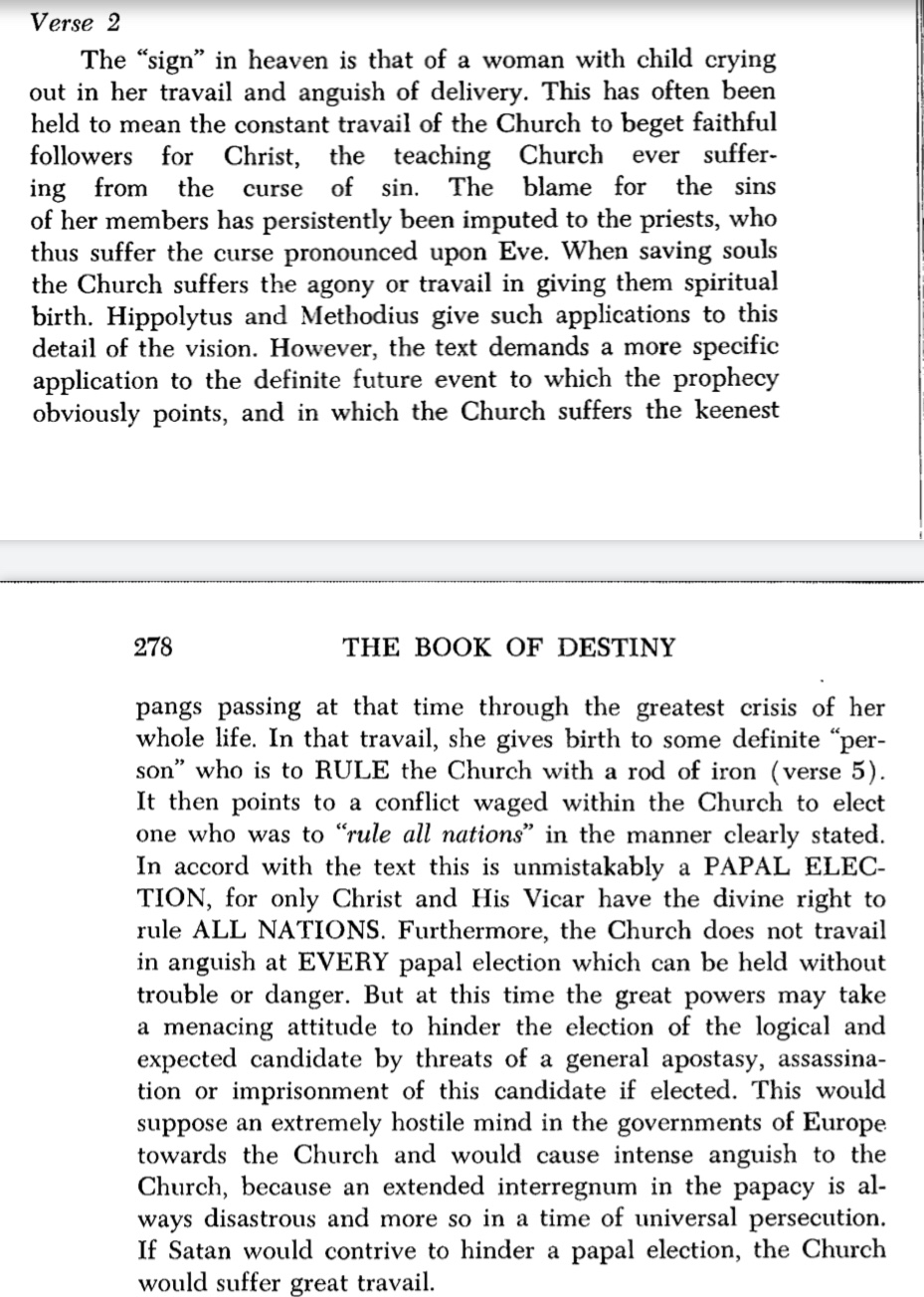 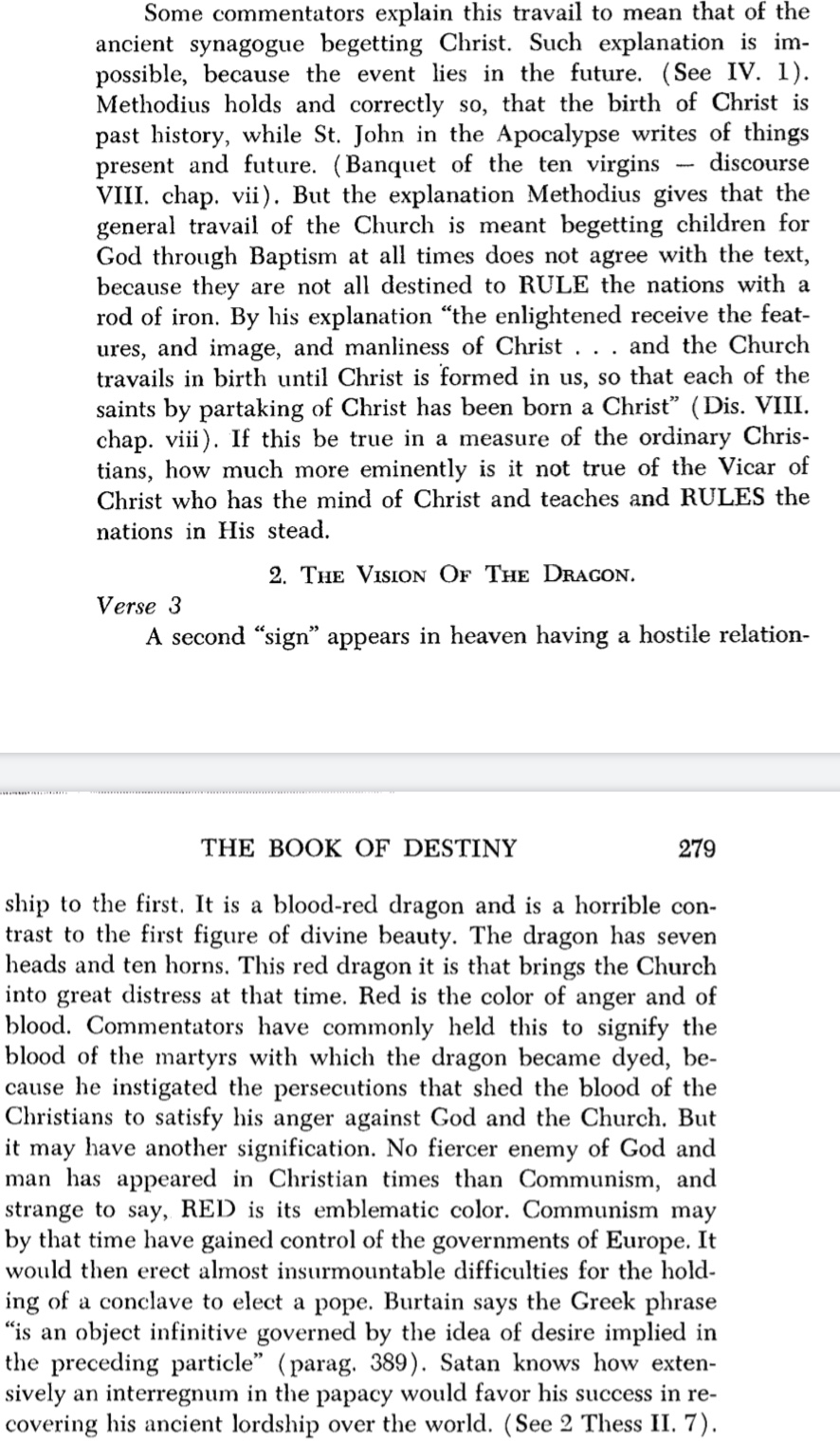 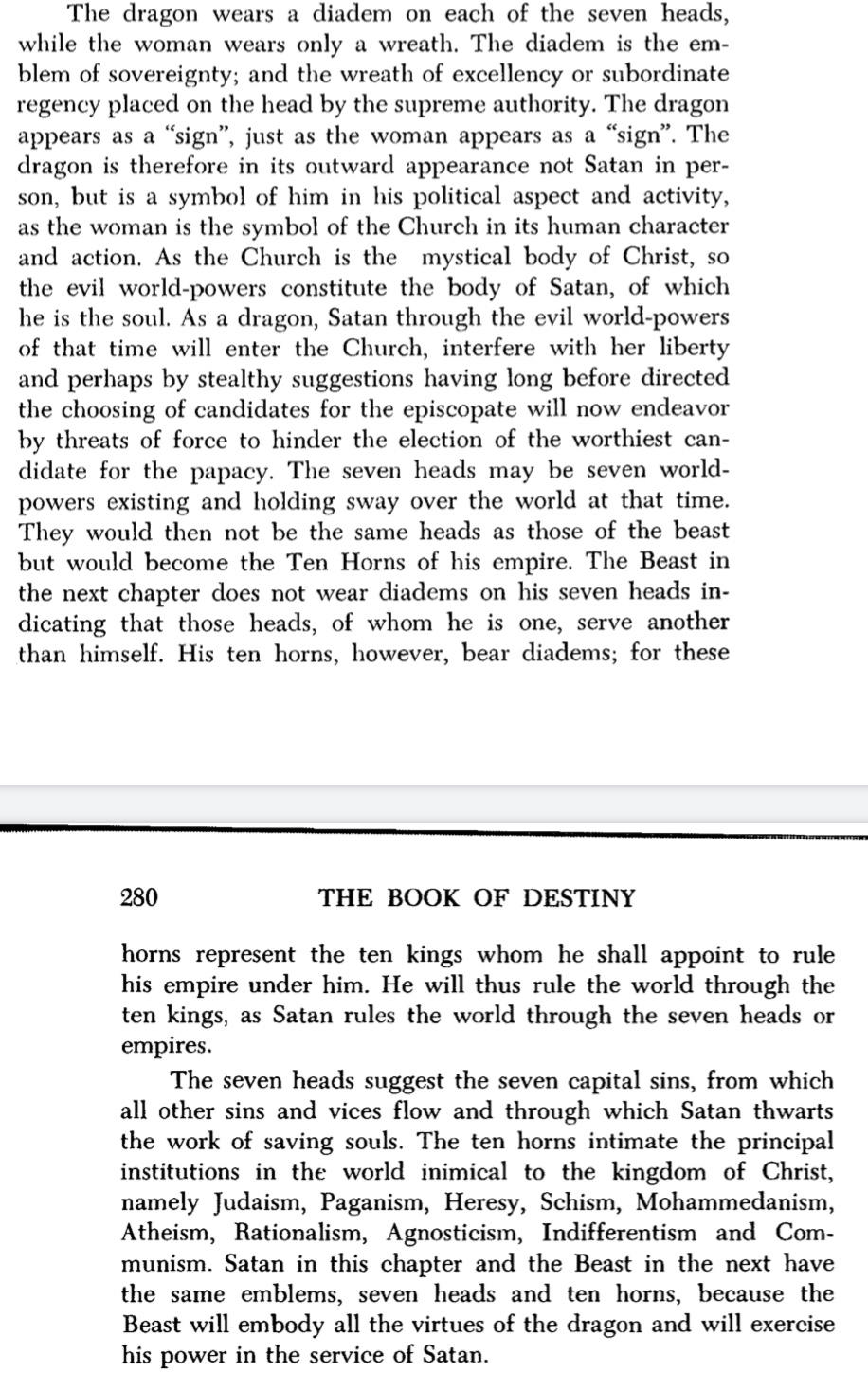