“At open variance with this clear doctrine of Holy Scripture, as it has ever been understood by the Catholic Church, are the perverse opinions of those who, while they distort the form of government established by Christ the Lord in His Church, deny that Peter, in his single person, preferably to all the other Apostles, whether taken separately or together, was endowed by Christ with a true and proper primacy of jurisdiction; or of those who assert that the same primacy was not bestowed immediately and directly upon Blessed Peter himself, but upon the Church, and through the Church on Peter as her Minister. ”

The Petrine Office is not bestowed upon the successor of Peter by the College of Cardinals, or even by the Church. It is bestowed by Christ Himself, directly, with no mediation. Christ, and Christ alone is the arbiter, and Christ alone retains the power to make the fisherman Simon, into the Monarch and His Vicar on earth, Peter. If it were not thus, the Pope could be deposed by the whim of the mob (or merely a cabal of sodomite Cardinals). This would result in chaos, and the Papacy itself would have zero authority or meaning, and would be an adiaphoron, that is, “a thing that makes no difference”, a very Lutheran idea, indeed. 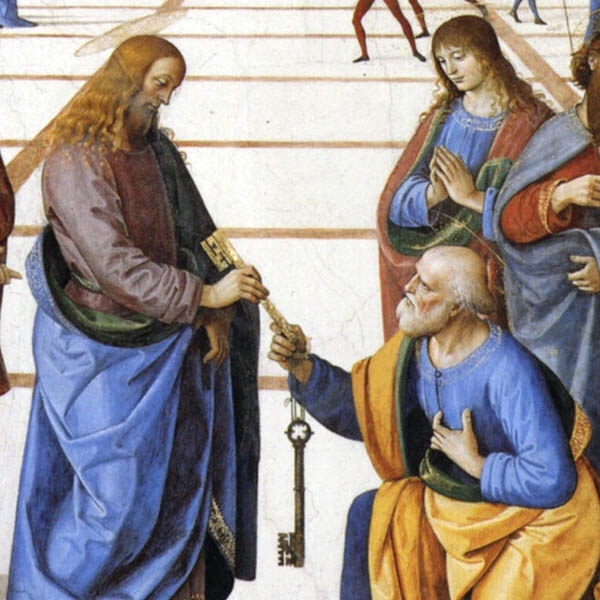