Oh, yes.  I saw the “Did Benedict Really Resign” piece over at LifeSite News.

First and foremost, let me add my voice to the many commenters who THANKED John-Henry Westen, The Jalsevacs, and Diane Montagna for doing and publishing the piece at all.  I doubt it would have made it beyond a pitch meeting one year ago.  But thanks to YOU GUYS for continuing to not only engage the dataset being presented here and elsewhere (I’d like to publicly recognize the NonVeniPacem blog, as well as “the Germans” for their continued work, sleuthing and translating), and despite the intense berating, gaslighting and censoring/banning that you all have put up with and persevered through from Trad, Inc. and elsewhere.  It was pointed out to me recently that what all of that name-calling, calumniating and gaslighting was, was simply a textbook application of Saul Alinsky’s Rule #13 from “Rules For Radicals”, the book that Alinsky dedicated to lucifer.  Rule #13 reads:

“Pick the target, freeze it, personalize it, and polarize it.”

Make the argument about anything except the facts.  Character assassinate the messenger(s) without mercy. Get people into a position wherein they are ashamed, embarrassed and feel they have to apologize for simply daring to point out that “the king isn’t wearing any clothes.”  That’s the Alinsky way.

Just keep a laser beam focus on the Truth, folks, and don’t worry about anything else.  Be PATIENT (the 4th Sorrowful Mystery, the Carrying of the Cross) and PERSEVERE (the 5th Sorrowful Mystery, the Crucifixion and Death of Our Lord).  Don’t throw your hands up and give up, because that’s EXACTLY what the enemy wants and is banking on.  We still have tons of ammunition (believe me) and after that should it come to it? Bayonets!

The first thing about the LifeSite piece that bears mentioning is the comment thread.  The VAST majority of comments are favorable to at least the questioning of the validity of Pope Benedict’s attempted resignation, and are not buying what the quoted prelates and academics are selling.  At all.  What this does is absolutely prove that the whole “NOBODY except a few cranks question the validity of Pope Benedict’s resignation” Trad, Inc. trope is a flat-out lie.  By now, I think a significant majority of Trad Catholic pew sitters know that “Bergoglio as Pope” and the Petrine Promise of Our Lord to Peter and his successors simply cannot be reconciled, and being told to essentially “shut up” by Ganswein and Cardinal Brandmuller, or to quit rocking the boat you’re only making things worse by Prof. de Mattei just doesn’t cut it.  Not even close.

Cardinal Burke’s words inspired the title of this post.  Folks, look at this sentence.  The last time I saw anything this heavily hedged, a feedlot full of cattle and several million bushels of corn were involved:

“I believe it would be difficult to say it’s not valid.”

+Ganswein’s snooty, dismissive, gaslighty “how dare you ask me substantive questions about my own clearly documented, lengthy public remarks” speak for themselves.  “Shut up,” the sketchy Curial climber who is playing both sides, explained….

Cardinal Brandmuller?  “Enough!” Um, no, Eminence.  Just getting warmed up, because of the Truth, there is never, ever enough.

The Apostolic Blessing or papal blessing is a blessing imparted by the Pope, either directly or by delegation through others. Bishops are empowered to grant it three times a year and any priest can do so for the dying.

The Apostolic Blessing is not to be confused with an episcopal blessing, also known as a pontifical blessing, which bishops can impart at any time by their own authority.

But really the huge giveaway and red flag is the fact that Pope Benedict in his letter to Cardinal Brandmuller says “MY Apostolic Blessing”, and then signs the letter “Benedict XVI”.  MY.  Possessive.  Yes, because Pope Benedict, as the ever-growing mountain of objective evidence points to, including his own words, did NOT intend resign the Petrine Office, but only the aspect of the Petrine Ministry “for the governance of the Church”.

“The ‘always’ is also a ‘for ever‘ – there can no longer be a return to the private sphere. My decision to resign the active exercise of the ministry does not revoke this. I do not return to private life, to a life of travel, meetings, receptions, conferences, and so on. I am not abandoning the cross, but remaining in a new way at the side of the crucified Lord. I no longer bear the power of office for the governance of the Church, but in the service of prayer I remain, so to speak, in the enclosure of Saint Peter. Saint Benedict, whose name I bear as Pope, will be a great example for me in this. He showed us the way for a life which, whether active or passive, is completely given over to the work of God.”

“My step was not one of taking flight but was precisely another way of remaining faithful to my ministry.”
Pope Benedict XVI, ARSH 2017
“Last Testament”, Peter Seewald

Finally, it bears repeating that OFFICE and MINISTRY are not synonyms.  Not even casually, and CERTAINLY not in the precise realm of Canon Law.  Consider the following:

Therefore, how could the terms OFFICE and MINISTRY be synonymous if one answer above is “yes”, and one answer above is “no”?  What SHOULD jump out at you is the fact that the OFFICE is an ontological state – a state of BEING.  The MINISTRY is an ACTION, a DOING, an ACTUALIZATION of the power of the Office.  The action (ministry) proceeds from the being (office).  These are DIFFERENT CATEGORIES.  Therefore, the two words CANNOT be synonymous.

Next up, we will see evidence that Pope Benedict XVI not only considers himself still the Pope in his newly-created “expanded, collegial synodal” paradigm, but that he considers himself the SUPERIOR, even “Uber-Pope”.  The Germans have been busy, folks…. 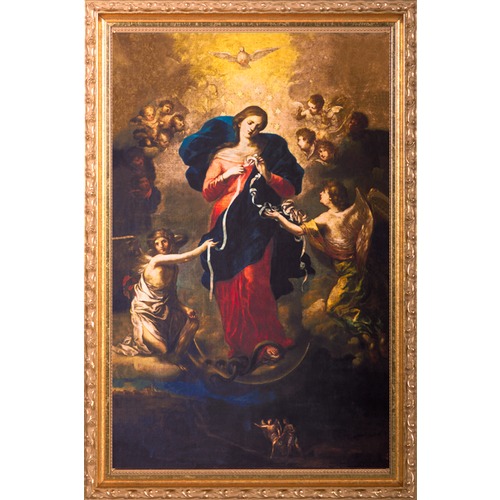