Those enemies most crafty and sly have filled with bitterness and sadness the Church, spouse of the Immaculate Lamb. They have given Her wormwood to drink; they have placed their impious hands over everything that for Her is most dear. Where the Seat of Saint Peter and the Cathedral of the Truth has been erected to be a light for the nations, they have erected the throne of domination of impiety betting that with luck, having struck down the pastor, they can disperse their congregation. Oh invincible champion, help the people of God against the perversity of the spirits that attack them and give them the victory!

Do you know where this quote comes from?  This is from the FULL St. Michael prayer composed by Pope Leo XIII after his terrifying locution, hearing satan declare his intent to attack and wipe Holy Mother Church from the face of the earth.

(We laity are supposed to use the shortened version of the St. Michael prayer because the long version is for use in the context of an exorcism, and laypeople must NEVER, EVER, EVER attempt anything even approaching an exorcism.  I’m convinced that a lot of the horrific, demonic problems in the black American (rap/hip-hop) culture have their origin in the so-called “black church” with their fake “bishops” and their “exorcisms”, which actually just opened the door to massive demonic oppression – through the so-called black Christian “churches” themselves.

For a priest to attempt an exorcism without specific faculties and permission to do so from his bishop is also extremely dangerous and NEVER to be attempted. EVER.  Interestingly, this is how we know that Novus Ordo ordinations and even the most terrible bishops today DO have full Apostolic Succession – there are countless anecdotes of exorcists engaging a demon without having first acquired permission from the bishop, and the demon is totally non-compliant and mocks the priest for having no delegated authority.  Once the authority is obtained, even from a terrible bishop, the demons are forced to comply.)

Aside from the obvious prophetic nature – “having struck down the pastor, they can disperse the congregation” – I love how the phrase “betting with luck” is used.  Folks, that’s all satan has.  Betting that with LUCK his plans will come to fruition.  Satan is that weak.  He is warring against God Almighty, and when it comes down to it, satan’s entire arsenal consists of the concupiscence of fallen man and – wait for it – LUCK. Luck doesn’t even exist. Everything is in the Divine Providence.  Talk about shooting with blanks.

Do you see why Our Lord expects us to have no fear, and to be filled with hope and confidence? 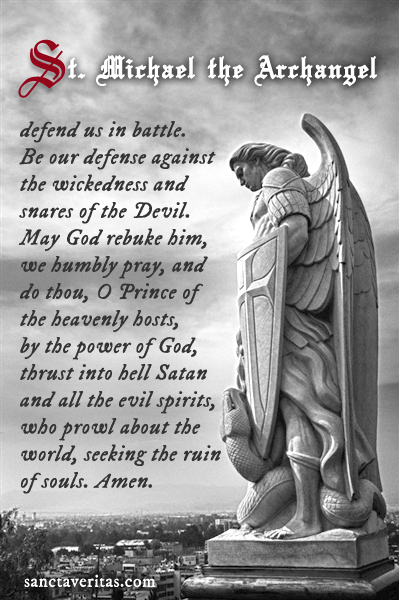