WDTPRS Post Up!  All Latinists should converge there.  BYOB.

I have received some of the best email feedback over the past 18 hours that I have ever received.  I have heard from a slew of Latinists, and what struck me was their kindness and gentility even to the point of being deferential.  I have, as of this writing, only received ONE nasty email, which resorted to the VERY tired “gaslighting” tactic, bandying about accusations of “insanity”.  Sadly, that correspondent was…wait for it…a priest.  Sigh.  But remember, folks, these priests in the various Ecclesia Dei communities know that Antipope Bergoglio WILL come after them and the Mass of the Ages itself eventually, and they are frightened.  That fear is why they are lashing out.  Although, I must admit that I do not understand how the whole “go along to get along and maybe the crocodile will eat us last” strategy can possibly be thought viable by anyone anymore.

While I have now at least FOUR different “theories” as to the nuance of the Latin subjunctive and the use of “vacet” in the February 11, ARSH 2013 attempted partial abdication statement, ranging from “Potential Subjunctive” (citing Gildersleeve) all the way to “Subjunctive as Indicative” and points in between (citing Allen & Greenough and Linnekugel), all the Latinists agreed that the nuance of this Latin grammar question is NOT something to hang one’s hat on with regards to the invalidity of Pope Benedict’s attempted partial abdication.  As per my video presentation, the crux of the matter is SUBSTANTIAL ERROR per Canon 188, not the Latin subjunctive.

One Latinist that I was especially pleased to hear from is a German classicist.  It turns out that he is one of the curators of a website that has been translating and posting my essays into both German and Polish for years now.  I was aware that this website existed, but I did not know who the curators were.  Now I do.  He said in his email that if he were to include in an exam this example of the particle “ut” preceding the subjunctive, that he estimates that 95% of students would, after a lesson on the particle “ut” and how it signals the subjunctive in various contexts, miss the nuance and get this translation wrong.

Given the quality of the feedback, I wish there were a way to get these Latinists together around a table to discuss it.  It would be a fascinating discussion indeed.  Maybe someone with a blog specializing in “slavishly accurate” Latin translations might oblige the group?  After all, I don’t think there has been this much excitement among Latinists since that time the raccoon got stuck in Reggie Foster’s copier!

Oh, and for the record: 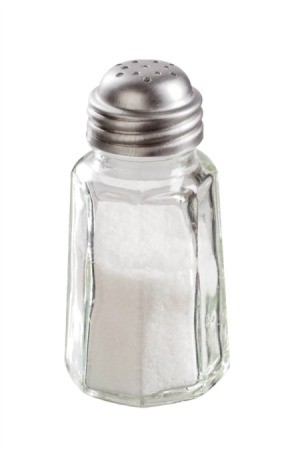