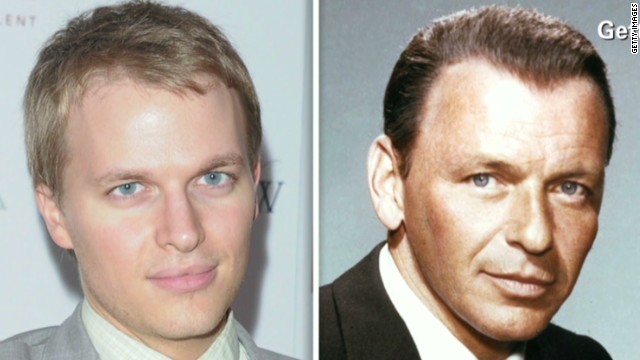 Sorry, but things like this tend to stick in my craw – very much like the whole notion that Michael Jackson “fathered” those three poor children that he bought and paid for from breeding sows and sperm donors.  Dark-skinned black men (which Jackson very much was) don’t throw silky-haired, blue-eyed, tall-narrow-nosed, lily-white calves. That’s just genetics.  Dominant genes, such as dark skin and, especially, coarse hair, express.  Period. And Woody Allen, a spectacularly physically repellant Jew, doesn’t throw a son that is a dead-ringer clone for Mia Farrow’s lifelong, handsome, on-again-off-again fornication partner.  Don’t pee on my leg and tell me it’s raining.

But I do love a lot of Sinatra’s oeuvre.  Francis sure could sing.  Enjoy “The Way You Look Tonight”. If you ever find yourself in Rivertown hanging out with me, remember that “Francis” in my mind is either St. Francis of Assisi, or Francis Albert Sinatra. There is no third.