Despised, and the most abject of men, a Man of Sorrows, and acquainted with infirmity: and His look was as it were hidden and despised, whereupon we esteemed Him not. Surely He hath borne our infirmities and carried our sorrows: and we have thought Him as it were a leper, and as one struck by God and afflicted. But He was wounded for our iniquities, He was bruised for our sins: the chastisement of our peace was upon Him, and by His bruises we are healed.

All we like sheep have gone astray, every one hath turned aside into his own way: and the Lord hath laid on Him the iniquity of us all. He was offered because it was His own will, and He opened not his mouth: He shall be led as a sheep to the slaughter, and shall be dumb as a lamb before His shearer, and He shall not open his mouth.
Isaiah 53: 3-7 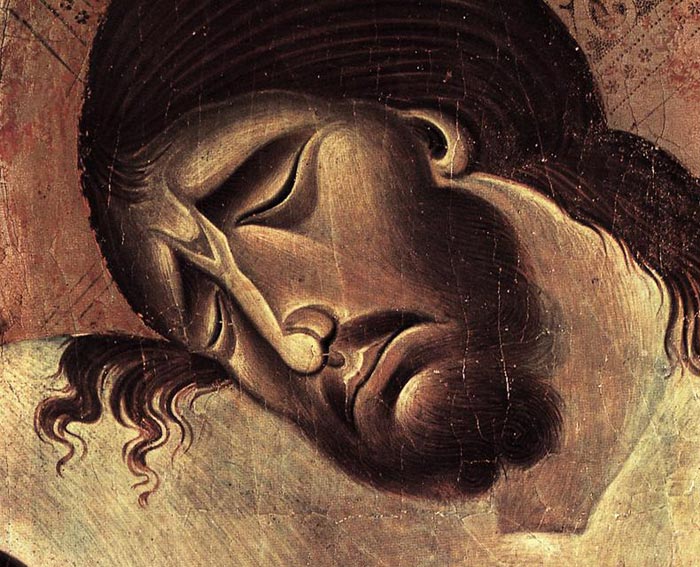