From the DailyMail.  Not exactly the most respectable paper, but I find it interesting that the mainstream media is now publishing pieces about Antipope Bergoglio ogling scantily clad boys in hotpants.  And, as always, there is Georg Ganswein. I’m telling you, that guy is no good. No good, and up to his eyebrows in all of this dumpster fire of a hot mess.

Step right up! The Pope (sic) looks very amused as he welcomes circus performers including acrobat in barely-there outfit 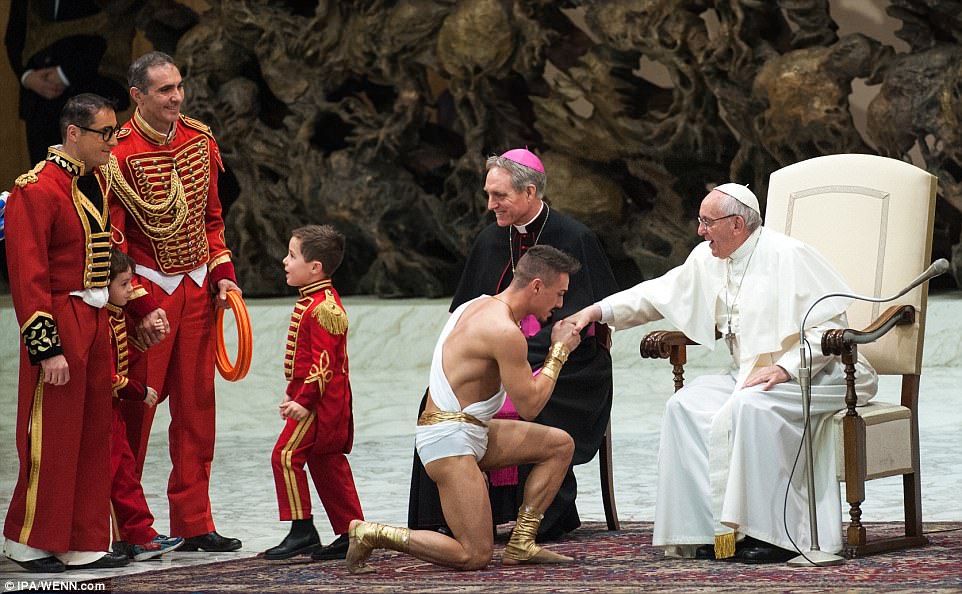