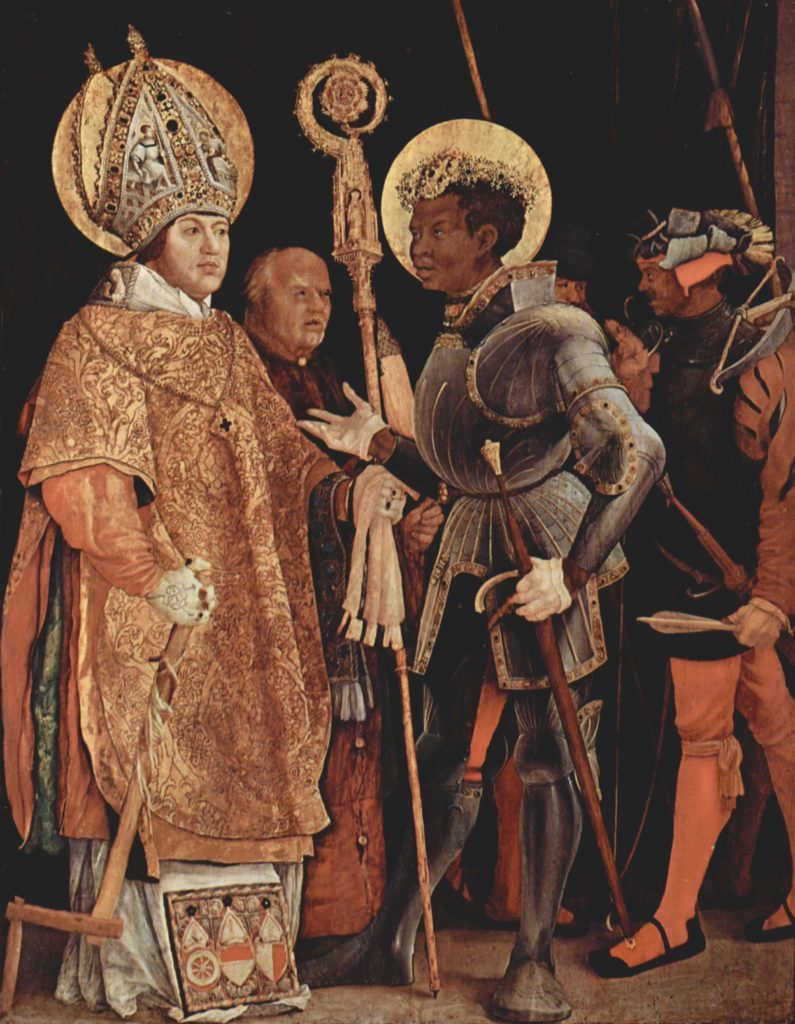 Meet St. Maurice, or Mauritius. You need to know ALL about him. St. Maurice was the leader of the elite Roman Theban Legion headquartered in Egypt. The Theban Legion was comprised of 6,666 men, who all converted, with their commander Maurice, to Christianity en masse late in the Third Century. Emperor Maximian ordered the Theban Legion from Egypt to France in order to put down a peasant revolt.

Maximian ordered a decimation of the Theban Legion as punishment. The actual meaning of the word “decimation” means to kill one out of every ten men. After Maximian’s men had killed every tenth Theban, Maximian again issued orders for the Thebans to persecute Christians. Under Maurice’s virile, manful, authoritative and inspiring leadership, the Theban Legion stood firm and still refused Maximian’s orders, even though it meant certain death. Ahem. Cough.

Maximian ordered the entire remaining Theban Legion killed to the last man in what is now present-day St. Maurice-en-Valais, Switzerland.

Now, look at the picture above. St. Maurice is the soldier the middle in full battle armor, manfully grasping his ASSAULT WEAPON as he consults with St. Erasmus, on the left.

St. Maurice, pray for us.

(I’m also going to include  picture of the famous statue of St. Maurice purely for its “trigger” value.) 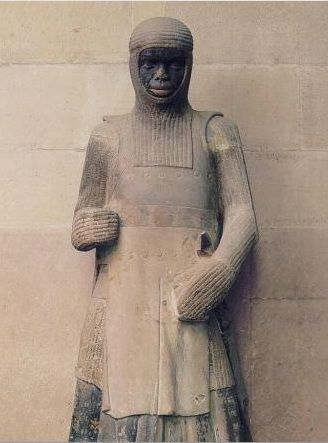