Given the fact that Great Britain is a cesspit of post-Christian paganism, and soon to be a confessing territory of the Caliphate, I was really worried that Baby Charlie Gard was not baptized.  So, I put out a call to see if anyone knew, and I am happy to report that the lad’s parents have indeed had him baptized.  So, when he is murdered by the NHS, probably tomorrow or Monday, with the full, explicitly-stated approval of Antipope Bergoglio through his faggot henchman Paglia (that’s the guy who had a homoerotic mural of Our Lord painted on the counter facade of his episcopal cathedral in Italy by a notorious sodomite pornographer – is there anything more satanic than a sacriligious sodomite that desecrates holy spaces?), we can be assured that while not a canonized saint, given that he is baptized, and thus cleansed and redeemed of the stain of Orioginal Sin, and obviously not guilty of any personal sin, that young Charlie will be in heaven.  Further, he will carry the Palm of Martyrdom, with his blood on the hands not only of the evil NHS of post-Christian, neo-pagan Britain, but also on the hands of Antipope Bergoglio, the Sodomite filth Paglia, and all the rest of them that didn’t speak out.

And if any of you are struggling with the simple logic of this situation, the reason why murdering a baptized infant is bad is because it involves MURDERING.  And in this case, it involves breaking the Natural and Divine Law which clearly dictates that PARENTS are the ultimate authority in the lives of their children.

If the state asserts that it can literally murder your children, then what can’t it do?  Can it cut off your sons’ penises and castrate them? Can it clitorectomize your daughters?  Yep.  Can it force your children to worship “allah”, or Bergoglio, or Mark Zuckerberg, or satan himself?  Yep. Can it remove your children from your custody and place them with a “tolerant” sodomite couple that won’t inculcate them with “Christian hate”?  Yep.

I’m no Sarah Palin fan, but she was 100% correct when she called the “death panels” dynamic of all socialized medicine.  As the mother of a Down’s Syndrome child, she understood that dynamic well, and rightly called it.

Oh yes.  Charlie Gard is being martyred.  Make no mistake. 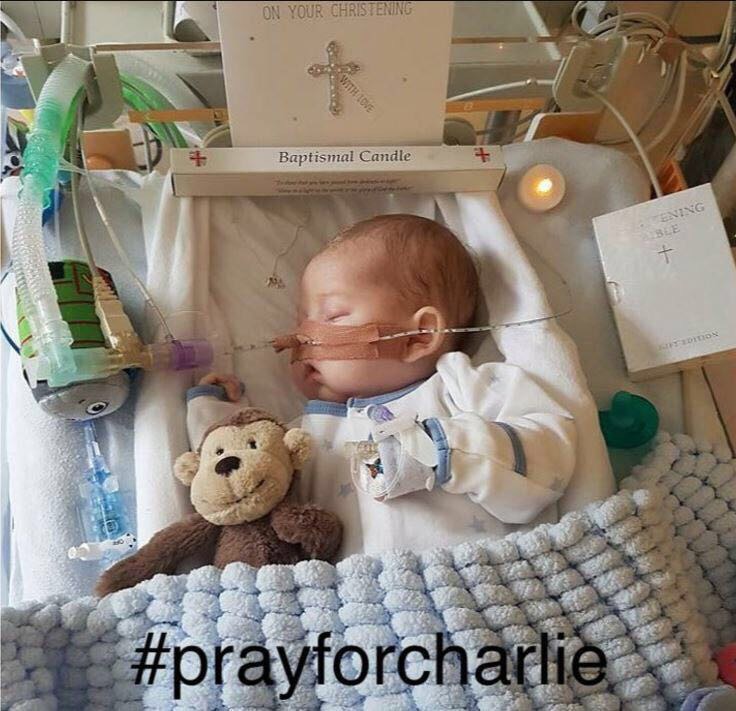