In the midst of all his seeming love for humanity and his glib talk of freedom and equality, he will have one great secret which he will tell to no one: he will not believe in God. Because his religion will be brotherhood without the fatherhood of God, he will deceive even the elect. He will set up a counterchurch which will be the ape of the Church, because he, the Devil, is the ape of God. It will have all the notes and characteristics of the Church, but in reverse and emptied of its divine content. 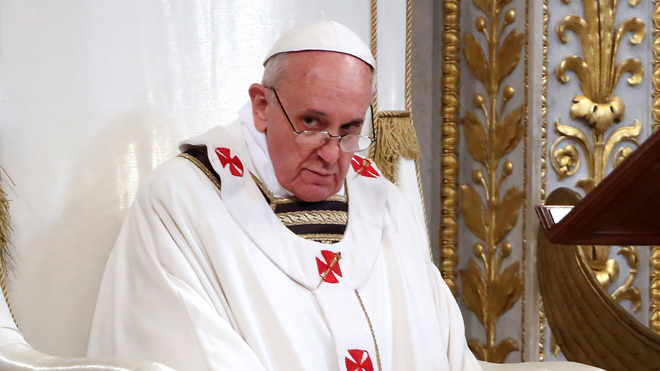 Antipope Bergoglio has a secret….