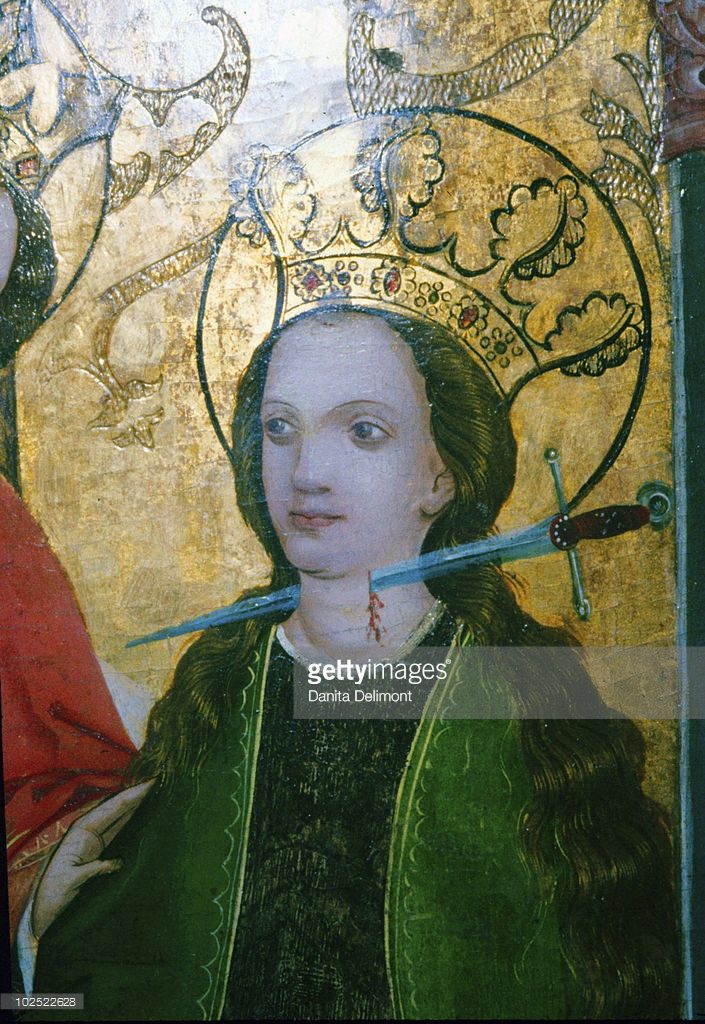 The glorious virgin and martyr St. Lucy, one of the brightest ornaments of the church of Sicily, was born of honourable and wealthy parents in the city of Syracusa, and educated from her cradle in the faith of Christ. She lost her father in her infancy, but Eutychia, her mother, took singular care to furnish her with tender and sublime sentiments of piety and religion. By the early impressions which Lucy received and the strong influence of divine grace, Lucy discovered no disposition but toward virtue, and she was yet very young when she offered to God the flower of her virginity. This vow, however, she kept a secret, and her mother, who was a stranger to it, pressed her to marry a young gentleman who was a pagan. The saint sought occasions to hinder this design from taking effect, and her mother was visited with a long and troublesome flux of blood, under which she laboured four years without finding any remedy by recourse to physicians. At length she was persuaded by her daughter to go to Catana and offer up her prayers to God for relief at the tomb of St. Agatha. St. Lucy accompanied her thither, and their prayers were successful.

Hereupon our saint disclosed to her mother her desire of devoting herself to God in a state of perpetual virginity, and of bestowing her fortune on the poor: and Eutychia, in gratitude, left her at full liberty to pursue her pious inclinations. The young nobleman, with whom the mother had treated about marrying her, came to understand this by the sale of her jewels and goods, and the distribution of the price among the poor, and in his rage accused her before the governor Paschasius as a Christian, the persecution of Diocletian then raging with the utmost fury. The judge commanded the holy virgin to be exposed to prostitution in a brothel house; but God rendered her immovable, so that the guards were not able to carry her thither. He also made her an over-match for the cruelty of the persecutors, in overcoming fire and other torments. After a long and glorious combat she died in prison of the wounds she had received,—about the year 304….

It is a matter of the greatest consequence what ideas are stamped upon the ductile minds of children, what sentiments are impressed on their hearts, and to what habits they are first formed. Let them be inured to little denials both in their will and senses, and learn that pleasures which gratify the senses must be guarded against, and used with great fear and moderation: for by them the taste is debauched, and the constitution of the soul broken and spoiled much more fatally than that of the body can be by means contrary to its health.

There are few Lucys nowadays among Christian ladies, because sensuality, pride, and vanity are instilled into their minds by the false maxims and pernicious example of those with whom they first converse. Alas I unless a constant watchfulness and restraint both produce and strengthen good habits, the inclinations of our souls lean of their own accord toward corruption.

–(Taken from Vol. III of “The Lives or the Fathers, Martyrs and Other Principal Saints” by the Rev. Alban Butler.)