I receive many emails from people who have watched the big Diabolical Narcissism video, and report that it has brought into sharp focus massively painful relationships, usually with a spouse or parent, but occasionally with a child, sibling, friend or co-worker.

I would like to take this opportunity to caution against “seeing a Diabolical Narcissist behind every tree”.  Just because someone is a jerk, or even a narcissist in the sense of being selfish and self-absorbed, that doesn’t make that person a Diabolical Narcissist.  DN is an extremely grave pathology, and while certainly exploding among the populace (as evidenced by its direct corollary, homosexuality and all forms of sexual perversion), DN is still a very small percentage of a given populace.  Remember, a DN is a human being that has consciously and freely chosen to purge himself of all love. That is no small thing.  DNs are thus incapable of any emotion derived from love, such as happiness, pleasure, genuine sadness, and are utterly devoid of empathy.  Thus, they are capable only of the demonic emotional palate: anger, hatred, jealousy and fear.

Put another way, a mere narcissist wakes up thinking about themselves: “Me, me, me, me, me, me.” A DN wakes up thinking, “Who can I hurt next? Who is my next victim? Who can I destroy?”  That’s a big distinction. Mere narcissists certainly do damage to others, but it is usually “collateral damage”.  With DNs, every aspect of every attack on their chosen victims is meticulously planned, set up, fantasized about and executed. As with spouses in particular, the grooming phase may last years.

So, what is my advice to people who have found themselves in the situation of loving a Diabolical Narcissist?

The key to processing such a situation is, I think, to meditate on how God must feel about satan and the fallen angels, or as they are commonly known, demons.

Now, the analogy is very imperfect for obvious reasons.  First, a person who loves a DN is not the DNs CREATOR. And thus, we realize that God’s pain is in a category infinitely above ours because our pain is a parity-level pain, between existential equals. God’s pain is that of the Creator, rejected, despised and warred against by His own creation. Second, we can never love with the perfect purity of God, obviously.  Still, we can love.

A few preliminary words about the angelic beings.  First, the more we learn about the universe, the greater the number of angelic beings seems to be implied.  I read a news story just a few weeks ago that the Hubble Telescope has revealed that there are at MINIMUM 2 trillion galaxies in the observable universe, an increase over the previous estimate by a factor of ten.  Now, each of these galaxies has, let’s say, an average of 100 billion stars.  We know that every human being that has ever existed, including fertilized eggs that lived only a few hours, have had a guardian angel, and that angels are not “recycled”.  So that puts the number of angels JUST assigned a human being into the hundreds of billions.  Now, if we also take sacred tradition that every star in the universe has an angel assigned to it, we are looking at something like 200 SEPTILLION angels – just looking after stars. The “Second Sphere” of angels consisting of the three Choirs known as Dominions, Powers, and Virtues, would be charged with looking after and safeguarding the physical universe.  See Ephesians 1:21, Colossians 1:16, and 1 Peter 3:22.  If you have ever wondered why the demons don’t just destroy the earth, well, it is because there is an army of angels double their size defending the universe.  And no, when there is an earthquake or other natural disaster, that isn’t “demons beating God”, that is The Divine Providence permitting chastisement in order to turn sinful men back to Him.  I wrote about this recently in my post about the earthquake that struck Norcia, Italy.

We know from scripture that one-third of the angels joined Lucifer in his rebellion against God, refusing to worship a God-Man, the Second Person of the Triune Godhead Incarnate, Jesus Christ, when the information about the Triune Godhead’s intention from the beginning to incarnate as a man was presented to the angels. Consumed with haughty pride (sound familiar?) Lucifer and those that followed him freely chose to reject Love Himself, that is God, rather than bow down and worship God made Man, a form of being “so far beneath them”, or so they thought.

This confirms what an exorcist reported when he asked a demon possessing a person how many of them there were.  The demon replied that if they were visible, they would “block out the sun”.  Easily.

Conversely, please remember that at every Holy Sacrifice of The Mass, ALL of the angels are present.  All several hundred septillion-plus.  Including the Masses that are offered every week specifically for you. Pretty cool, huh? 200 septillion-plus massive, massive intellects who are looking upon the face of God pray for you and your salvation at the Holy Sacrifice of Calvary. Every week.

So let’s talk about those massive, massive intellects.  Every angel is its own completely unique species.  There are no two alike, and it is just for our simplicity’s sake that we lump them all together into a category called “angels” – but in a way that doesn’t do it justice.  They are not similar to each other in the way that we human beings are similar to each other, sharing human nature as we all do.  Angelic nature is different in that each angel is so utterly unique that it is its own species. Does this put a whole new spin on the truly infinite creative love of God?

And remember, every demon was created by God as a spectacularly beautiful angel, with a massive intellect and utterly unique in itself, which God loved and delighted in in a unique way.

And now to the point of the essay. Can you even begin to image how God felt when septillions-plus angels, each one that He lovingly, specifically created and delighted in, turned on Him, rejected Him, and chose eternal separation and war against Him by waging war on us, the human beings that He “so loved that He gave His only begotten Son….”

God still loves Lucifer and the demons, but their choice is permanent.  Why? Because they had so much information.  While they did not have the Beatific Vision, they had enormous amounts of information about God, His Love, His Beauty, and His Goodness, and even with so much information, they still chose in their haughty pride to reject Him – because He loves.  And that choice was permanent.

And now, after their permanent choice, the irony is, they hate Him precisely because He still loves them.  They know what they are, and they rage at God for loving them so much that He respects their free will, and their very existence, and instead of snuffing them out of existence, He respects their existence and maintains it, and will maintain it for all eternity – because He is Good.  And so, since they can never hurt God, all they can do is drag as many of US HUMANS into eternal separation from God as they can.  They hate us because they hate Him.

-remember that God has been victimized in the same way, SEPTILLIONS of times by His own creatures, far more charming and beautiful than your human DN.  So tell Him all about it. He understands.  The disappointment you feel is a tiny insight into what God must feel about the fallen angels, and of course, fallen man.

-remember that God created and loved the TRUE SELVES of the angelic beings that rejected Him.  What victims of Diabolical Narcissists love or loved was a FALSE SELF, projected by the DN in order to obscure his already-diabolical nature.  Most DNs are so far gone that only God knows who their true selves are – and that is who He loves. If you are the victim of a DN, remember that the “charming, beautiful” person you loved and admired is a fiction that does not exist (see 1 Corinthians 13: 5, Nihil sum – I am nothing.) God does not have this consolation, because He knows the true selves of both the fallen angels, and of the Diabolical Narcissist humans. There is, however minuscule, a glimmer of hope for the DN.  There is no hope for the demons.

-Remember that as God honored the free choice of the demons to hate and reject Him, you too, for your own sanity and well-being must honor the choice of the DN – not that there is anything you could do about it anyway.  Do not try to convert a DN into a normal human, much less an “angel”.  Pray for them, that they feel fear of damnation and make some sort of act of contrition, probably imperfect, at their death (particularly the Fourth Glorious Mystery of the Rosary – the Assumption of Our Lady into Heaven), but in this world, leave them to God, most especially if you yourself were a target of their murderous spite.

-As God warns us constantly in Scripture and otherwise – such as the prayer to St. Michael the Archangel, given to us through Pope Leo XIII – the demonic is real, and we are to guard against it.  There are beings “prowling throughout the world seeking the ruin of souls.”  While most DNs are not consciously serving satan, they are consciously looking to hurt other human beings as hard as they can, thus looking to cause a “spiritual death”, even if they don’t explicitly acknowledge what it is they are doing.  If you are aware of a DN, you do have an obligation to warn those directly in his sights of what he is.  For example, a spouse of a DN, or a child of a DN, should warn especially children of sufficient age, or anyone that they see a DN grooming for abuse. This would also apply especially to anyone with a sex pervert (likely a homosexual) in their family.  Remember, ALL homosexuals and aberrosexuals are a CLEAR AND PRESENT DANGER TO CHILDREN.  Remember, every person who ever had their children molested by their “gay relative” would have sworn up and down that the sex pervert relative or friend was “harmless” and “would never hurt my kids”.  And yet look at how many people in our culture have been abused and had their lives ruined by the “gay uncle/brother/cousin/family friend”.  Another example might be a coworker that is being groomed and then abused by a DN boss.  Apparently, all three Clintons, Hillary, Bill and now Chelsea, are notorious for abusing staffers to the point of making them suicidal.  Once a DN is identified and acknowledged for what he is, he loses almost all power over a person.

The only fitting conclusion is this:

Saint Michael the Archangel, defend us in battle.  Be our protection against the wickedness and snares of the Devil.  May God rebuke him, we humbly pray, and do thou, O Prince of the heavenly host, by the power of God, cast into hell satan and all evil spirits that prowl throughout the world, seeking the ruin of souls. Amen.

Our Guardian Angels, pray for us. 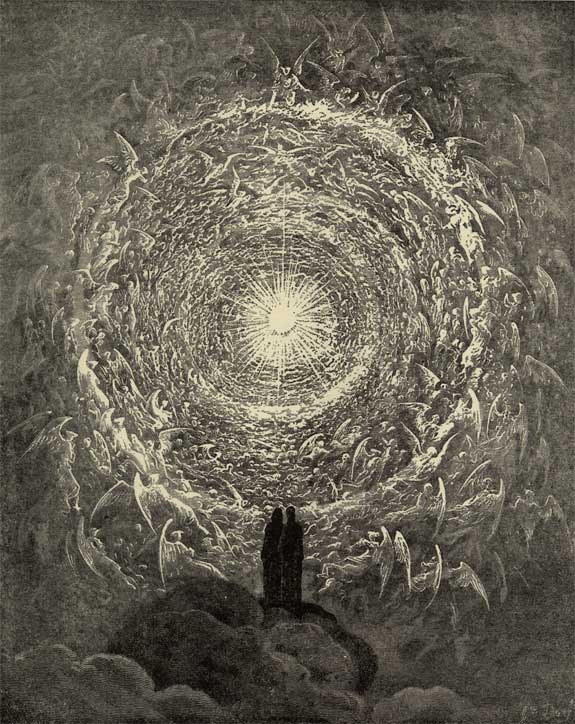