So here’s a little I TOLD YOU SO post.  Remember how I have been screeching in my nasally, twangy shrieking harpy voice for YEARS that all of these elections are 100% fake racketeering operations designed to bleed money from gullible people in the form of “political donations” (this is the small money – donations of $1000 and under), and from the so-called “donor class”, who fully understand that they are buying into a “pay-to-play” system?

Now this bit of reportage – albeit just a TOUCH late – on exactly what I have been talking about for years – the invoicing and cross-invoicing to enrich friends, family, and thus the “candidate” himself.  Read the whole thing HERE.

David Brock has 7 non-profits, 3 Super PACs, one 527-committee, one LLC, one joint fundraising committee, and one unregistered solicitor crammed into his office in Washington DC.

Uncovered records expose a constant flow of money between these organizations.

The Bonner Group, his professional solicitor, works off a commission. Every time money gets passed around, Bonner receives a 12.5% cut.

Nonprofits are required to disclose who they give cash grants to.

But they aren’t required to disclose who gave them cash grants.

This weak system of one way verification is being abused by Brock. He’s been cycling money between his organizations for years, and the Bonner Group’s 12.5% commission gets triggered after every pass.

Say, for example, you donate $1,062,857 to Media Matters for America. This is how David Brock would have used your charitable donation in 2014:

2. Next, Media Matters would give what’s left of your entire donation, $930,000, to the Franklin Education Forum

In the end, Brock’s solicitor would have pocketed $350,825, almost a third of your initial donation! That’s a far cry from the advertised 12.5% commission.

As bizarre as that scenario may sound, this is exactly what David Brock did in 2014.

And then, tying the concept of the abject fraud of the contemporary western political and electoral matrix to our continuing study of Diabolical Narcissism and its derivative – sexual perversion – we get this shocking – SHOCKING bit of info:

“Brock’s former long-time live-in boyfriend William Grey (whom Brock has thanked in several of his books) threatened to go to the IRS with damaging information about how Brock was running his Media Matters empire. What did Brock do? He paid Grey $850,000 to keep quiet. Brock reportedly had to sell his home in Rehoboth, Delaware to come up with the money. This certainly seems to indicate that Brock was terrified about what the authorities would uncover.”

Adding to this, Fox News reported the following:

“Next step is I contact all your donors and the IRS,” Grey wrote in an email dated May 19, 2010. “This is going to stink for you if you do not resolve this now.”

It is almost enough to make one think that maybe – just maybe – sexual perversion and criminal activity are, like, correlated, or something.  And that maybe we should not only judge people for their sexual sins and crimes, but use people’s sex lives to inform ourselves about their fitness for participation in a civil, Christian society. Funny how this stuff is revealed to be all connected, here at the end, isn’t it? 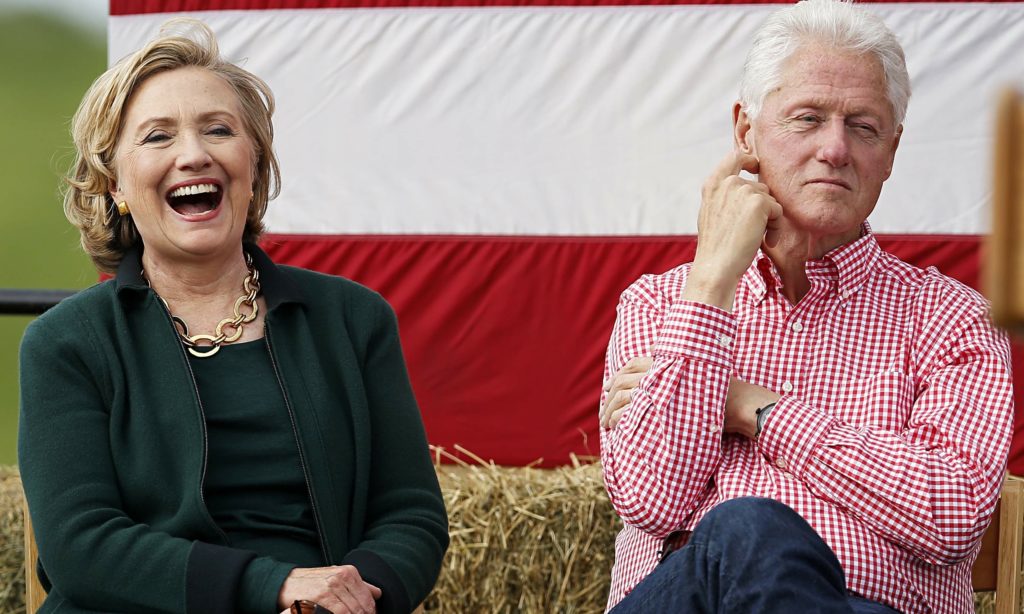 On the left, a sodomite of the lesbian variety; on the right, a hyper-promiscuous sex-addict and serial rapist.