I mentioned the intentional covering of Bergoglio’s pectoral cross in the heretical and hateful-to-God video put out by FrancisChurch last week.  Just so you know that I’m not fantasizing about this stuff, check this out: 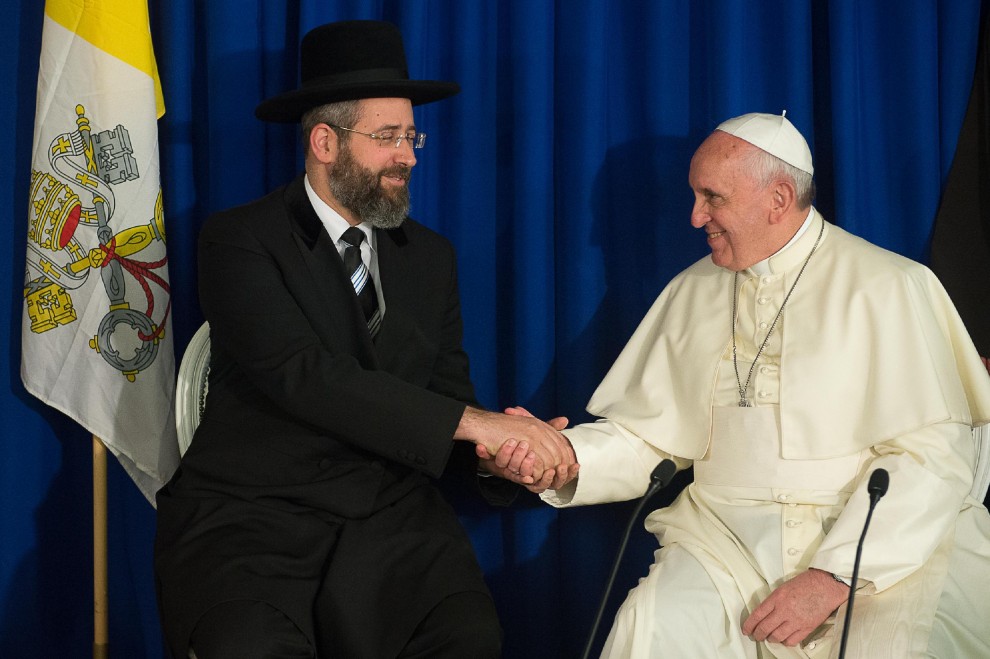 “See? I tucked it in so you wouldn’t be offended by the sight of any of that superstitous bullshit. Pretty damn humble of me, eh? So, are you a Traveling Man too?”

Guys, I keep trying to tell you, THEY DON’T ACTUALLY BELIEVE ANY OF IT.  Bergoglio is HIDING THE CROSS OF CHRIST for fear of “offending” this Jewish man with the Truth and Love of God. Bergoglio would sooner die than tell this Jewish man about Jesus Christ, the Messiah, The Way, The Truth and The Life, and His Holy Church, which is the New Temple and the True Israel.

And some of them, like Bergoglio I strongly suspect, are diabolical narcissists who have devalued God (as Lucifer did) and are now at war with Him (as Lucifer is).  The battlefield in all of this, my dear readers, is EVERY HUMAN SOUL. Including yours.  And Jorge Bergoglio is ON THE WRONG SIDE, and is SQUATTING LIKE A TOAD UPON THE SEE OF PETER.

To all of the people who keep saying that Francis is no big deal, and this too shall pass, I find your cavalier attitude toward the eternal souls of your fellow man who are being scandalized, driven away, and/or confirmed and ratified in MORTAL SIN by this man, human beings, a non-trivial number of which die every day, simply disgusting.

Yes, this too shall pass, but at what cost?  HOW. MANY. SOULS?

Satan and the demons understand that, and more importantly, believe it.  Too bad we don’t.