This is a repost from January ARSH 2015.  My prayer tonight is that this will mark the beginning of the Counterrevolution. 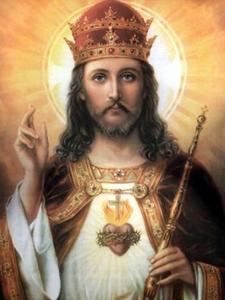 So, a little review for those of you who may be new.

1. Islam is a political system, NOT a religion, and unless and until humanity wakes the hell up and STOPS referring to it as a religion, there is no hope. Islam is a hyper-aggressive, militaristic, expansionist, totalitarian political system designed to create a super-rich micro-oligarchical ruling class with a massive, destitute, genetically handicapped underclass below. The paper-thin faux-religious facade was a conscious, specific con from the very beginning – much like Mormonism and Scientology – a pure racket using borrowed and piggy-backed religious motifs to lend credibility to a massive, loosely-knit network of crime syndicate cells.

Here is a quote from Osama bin Laden that sums it all up:

“Our talks with the infidel West and our conflict with them ultimately revolve around one issue; one that demands our total support, with power and determination, with one voice, and it is: Does Islam, or does it not, force people by the power of the sword to submit to its authority corporeally if not spiritually? Yes. There are only three choices in Islam: [1] either willing submission [conversion]; or [2] payment of the jizya, through physical, though not spiritual, submission to the authority of Islam; or [3] the sword, for it is not right to let him [an infidel] live. The matter is summed up for every person alive: Either submit, or live under the suzerainty of Islam, or die.”
–Osama Bin Laden
(The Al Qaeda Reader, p. 42)

Definition of suzerainty: a situation in which a region or people is a compulsory tributary to a more powerful entity, which controls its foreign affairs while allowing the tributary vassal state internal autonomy.

Please note that the quote above makes perfectly clear that islam DOES NOT CARE IF YOU ACTUALLY BELIEVE ANY OF THEIR FAUX-RELIGIOUS BULLSHIT OR NOT – BECAUSE THAT’S NOT THE POINT. All that matters is EARTHLY submission and control of landmass. All of that five-times-per-day sticking one’s butt in the air while some bisexual shrieks about a non-existent pagan moon deity over a loudspeaker is not “prayer”. It is an outward sign of submission to the musloid political system. NOTHING more. It’s a gang signal. It’s a salute.

Islam isn’t about “allah” or “paradise” or “prayer” or “spirituality” or how human beings should relate to one another or how human beings should relate to a “god” or the eternal fate of the human soul. THEY DON’T CARE ABOUT ANY OF THAT. Islam is about acquiring physical, earthly territory and installing a totalitarian government over the earth that provides a cadre of “elites” masquerading as some sort of “clergy” with massive decadent wealth and as much twisted perverted sex as they want, including homosexual and heterosexual pedohilia, ephebophilia, concubinage, incest, bestiality and necrophilia. There is nothing new under the sun. They want power, they want money and they want sex. The “religious” aspects are a stone-cold con, which Bin Laden himself declared in no uncertain terms.

2. They can’t be reasoned with. They can’t be dialogued with. There is no such thing as “radical islam”. There is islam, which is even more bloodthirsty, conscienceless and perverse than what we are seeing today. We cannot possibly imagine what they would do if given true carte-blanche. Islam today is like an eleven year old boy – just BARELY on the cusp of puberty, just BEGINNING to test the waters. These beheadings, rapes, suicide attacks and terror operations are BUSH LEAGUE. Just as it is nonsensical and depraved to refer to Nazis as “radical Nazis” and “moderate Nazis” – as if ANY Nazism could ever be considered acceptable, so it is with islam. This is why Egyptian president Sisi’s recent speech calling for a “reformation” of islam is nonsense. All Sisi’s speech did was confirm that Sisi himself doesn’t actually believe any of it, and instead of doing the morally correct thing and renouncing islam, Sisi wants to have his pancakes and eat them too. He wants everyone – like him – to subscribe to and associate themselves with something that they don’t actually believe in or take seriously. (How very Pope Francis of him.) Well, you can pour maple syrup on a puddle of bloody, diarrhetic hogshit all you want, but it will never, ever be pancakes.